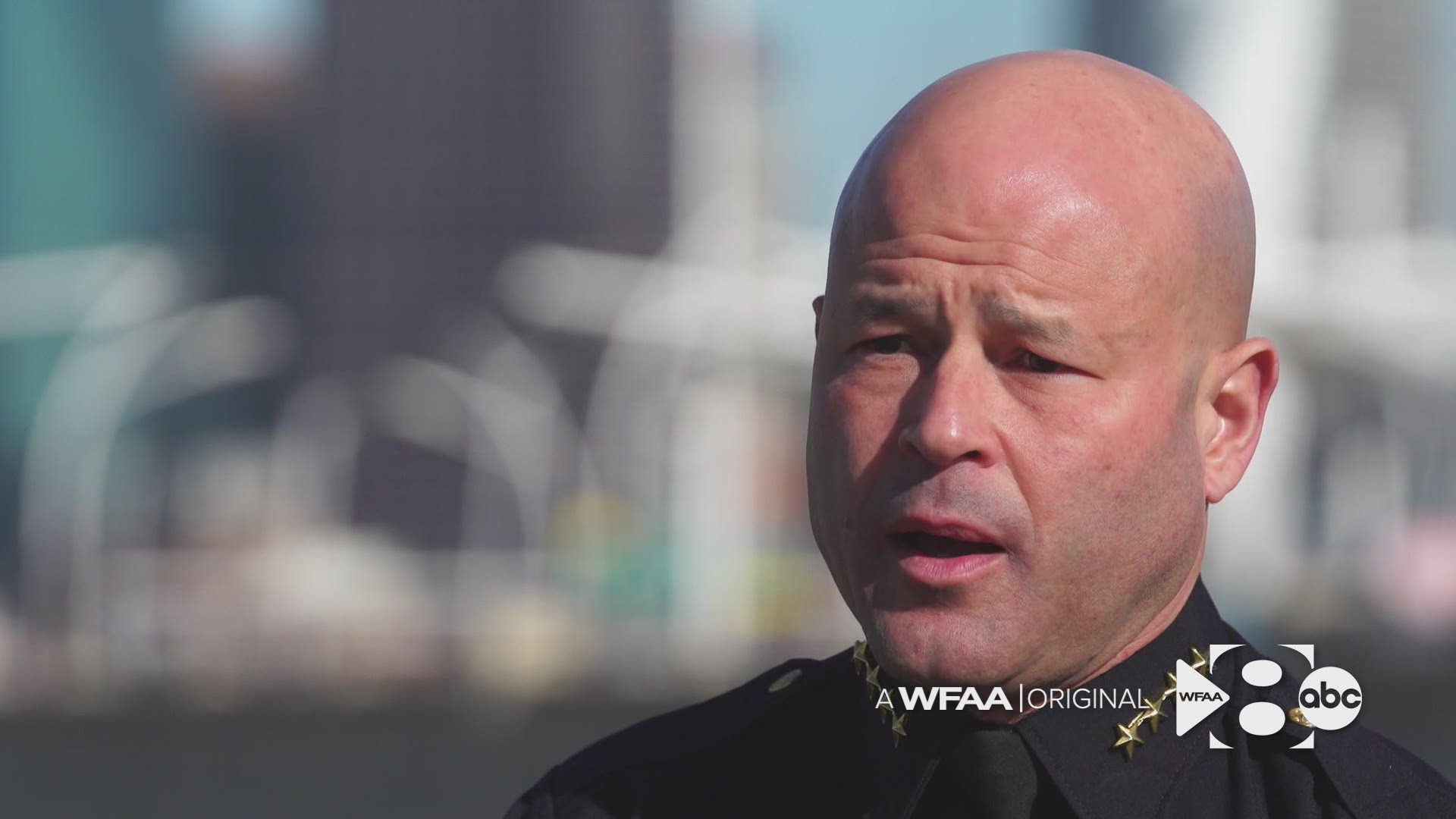 DALLAS — In uniform and with his new city as the backdrop, Chief Eddie Garcia sat down with us for an in-depth interview.

He talked with us days before taking on one of the biggest challenges of his career.

He starts the job on Day One dealing with a high violent crime rate — from gang battles on the streets of Dallas to shootings and a drag racing problem that's out of control.

Dallas ended with a record number of murders in 2020, the highest in at least 16 years.

What's his plan to turn violent crime around?

"We need visual deterrents in certain areas, we need officers to investigate the crimes and we need the individuals to apprehend them," Garcia said. "Those are the three most important areas that we have here."

"Any plan we do needs to have the buy-in from the men and women that are out there sacrificing every day," he said.

Garcia is also tasked with building trust in a community after a series of officer-involved deaths across the country.

With so much division, we asked him how he can work to unite the community with police.

"I think the first thing we need to realize is taking the criminal element off our streets and being fair to our neighborhoods are not mutually exclusive terms. We can't think to do one or the other. We need to do them both," he said.

RELATED: 'We have work to do': New Dallas Police Chief Eddie Garcia begins his first day on the job

Garcia has to balance earning the trust back from the community by showing the rank and file they have his support.

We asked him how to boost the low morale in the department.

"I don't know if there's a magic wand to boost morale," he said.

Garcia's hiring is historic. He will become the city's 30th police chief and its first Hispanic chief.

Speaking in Spanish, we asked him to describe the pride of this moment.

"Very proud. Very exciting. Realistically, when they told me I was the first Hispanic chief I couldn't believe it."

We asked what he says to those who believe he only got hired because he's Hispanic.

"To those that say that, I don't know that there's anything I can say to them that will change their mind. Those attitudes will be and are around everywhere. I don't feel sorry for myself for it. I have a job to do," he said.

Garcia is a native of San Juan, Puerto Rico. His family moved to San Jose, Calif. when he was just 5 years old.

When asked what piece of advice from his mom he'll lean on in his new position, he didn't hesitate.

"You know what, you gotta lead by example. You have to," he said.

"We're going to be constitutionally correct. We're going to treat everybody with respect, but make no mistake about it: do not mistake kindness for weakness."

At the San Jose Police Department, Garcia rose from patrol cop to police chief after nearly 30 years with the force.

"I always have felt a connection to Dallas. I always felt at some point I'd retire in the state of Texas. I've always been drawn to the city of Dallas. I've been here several times to watch Cowboy games."

Garcia passed the Texas Commission on Law Enforcement licensing exam — the test that licenses him as a peace officer in Texas — with a score of 91, according to the TCOLE.

"I put a lot of pressure on myself," he said about taking the test, which allowed him to wear the Dallas police uniform on Day One.

We asked him what he's looking for in his commanders and the kind of people he wants surrounding him.

"I want people that know this organization. I don't want 'yes' people around me. I don't want to be the smartest individual in the room."

Policy change, morale, community, an historic hire and a mother he calls his hero.

So, what do we still not know about the new chief?

"I'm hoping I get a chance to meet him at some point!" he said enthusiastically.

One thing's for sure, Garcia has a lot of energy.

He will need it as he begins this new journey.