During the pandemic, Kumiko Johnson painted 40 portraits in 60 days. For the first time, her work is now being shown at two galleries, both owned by Black women. 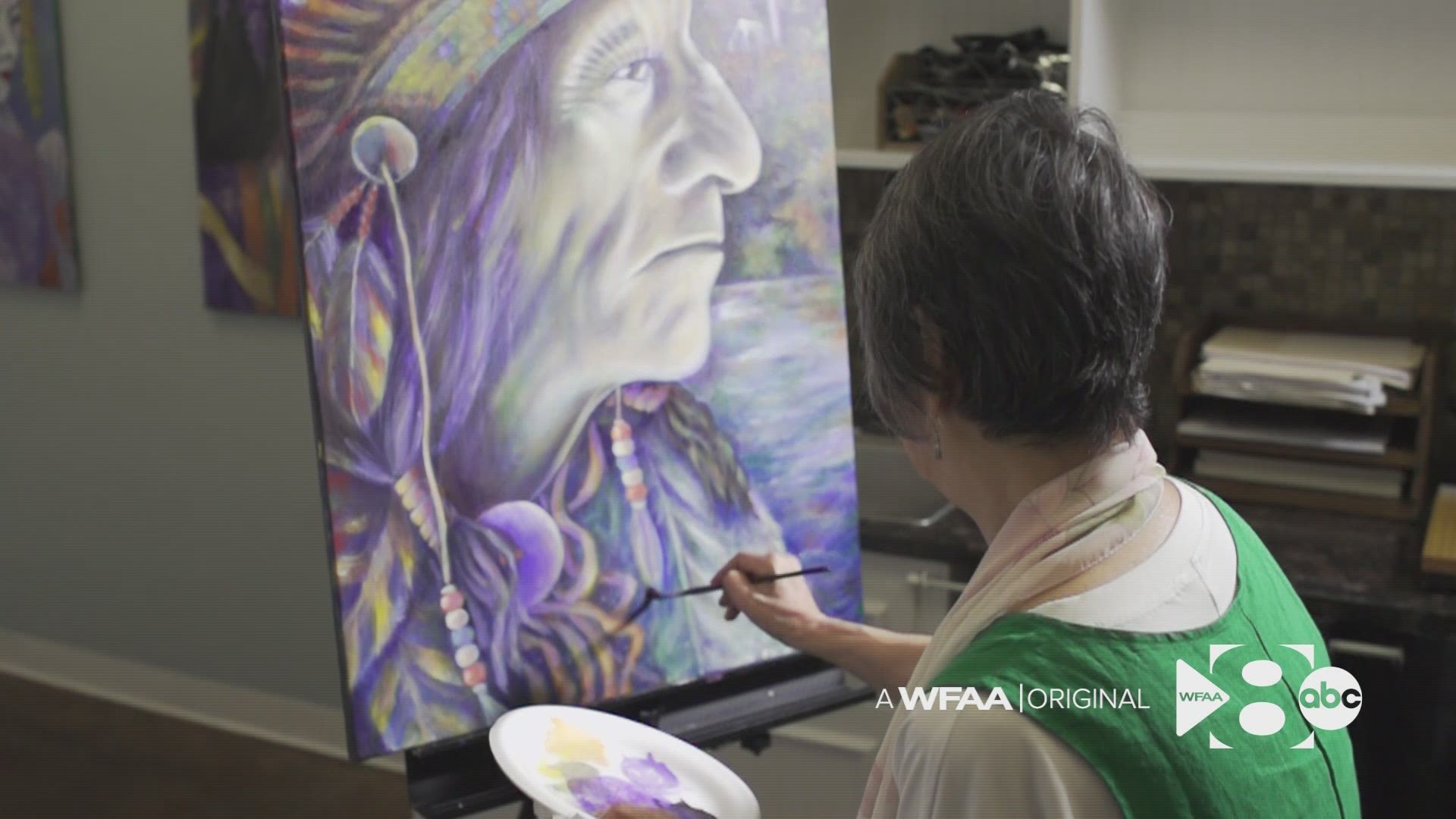 Johnson was born in China to Japanese parents. Her father was an artist. The septuagenarian grew up in Japan and later graduated from Tokyo University of the Arts.

She knew she could paint but wanted to put her skills to the test. Johnson moved to New York City and got a job working in textiles. She later got married and moved to Dallas, designing greeting cards.

"I was just living. Taking care (of) two girls. So I had to make a living. I had to pay bills, so I paint for what people like," Johnson said. "I do what they want, but now, (I) change. I do what I want."

Johnson also paints beautiful portraits, including those of Native Americans. Even though she’s been an artist for so long, Johnson has never had her work shown publicly.

That is, until now.

For the first time ever, Johnson’s art is being shown in two North Texas galleries, which are both owned by Black women.

“My ancestry is Black Indian,” Burton said. “And so when I saw this work, I had never seen anything like it before. It was like we were kindred spirits.”

“Surprisingly, we all connected,” Johnson said. “So I am Japanese. But I feel the same way (as) Native Americans because I'm a human.”

Young designed an app called the Sanaa app to accompany Johnson’s gallery. Using the app, gallery-goers scan Johnson’s paintings with their phone’s camera, allowing the art pieces to "come to life." Listeners hear a short narration, detailing the story behind the painting.

Just a 10-minute drive down the road, several more of Johnson’s portraits are on display at Pencil on Paper Gallery.

Dr. Valerie Gillespie and her husband, Emmanuel Gillespie, have owned a Farmers Branch gallery for roughly two and a half years.

“I think it says a lot for Dallas, but it also says a lot for the support that artists have in Dallas and this slow movement towards representation and showing women of color in spaces,” Dr. Gillespie said.

“There's so much energy in each piece,” Dr. Gillespie said. “Anything that you look at, you just feel that connection to it, whether it's your culture or not. There's just a vibrancy and a sense of healing that you get when you look at it.”

There’s a deeper meaning to this collaboration between the Asian septuagenarian and two female Black gallery owners.

“I think for me, as an African American woman, I often just see the black and white because I'm in it, right? And then recently, with Asian hate, which is definitely not new either, it's everywhere: Implicit bias, racism -- it's everywhere.”

“It's about us lifting each other up,” Burton said. “Yeah, we're Black-owned galleries, but this is about art. And art is beautiful. And art has many colors.”

The last day to see Kumiko's art at Msanii HOUS is May 29 and June 18 at the Pencil on Paper Gallery.