At the Dallas Zoo, a cat and dog prove they can be friends

For six years, Amani the Labrador retriever and Winspear the cheetah have been companions. And together they're working to save a species. 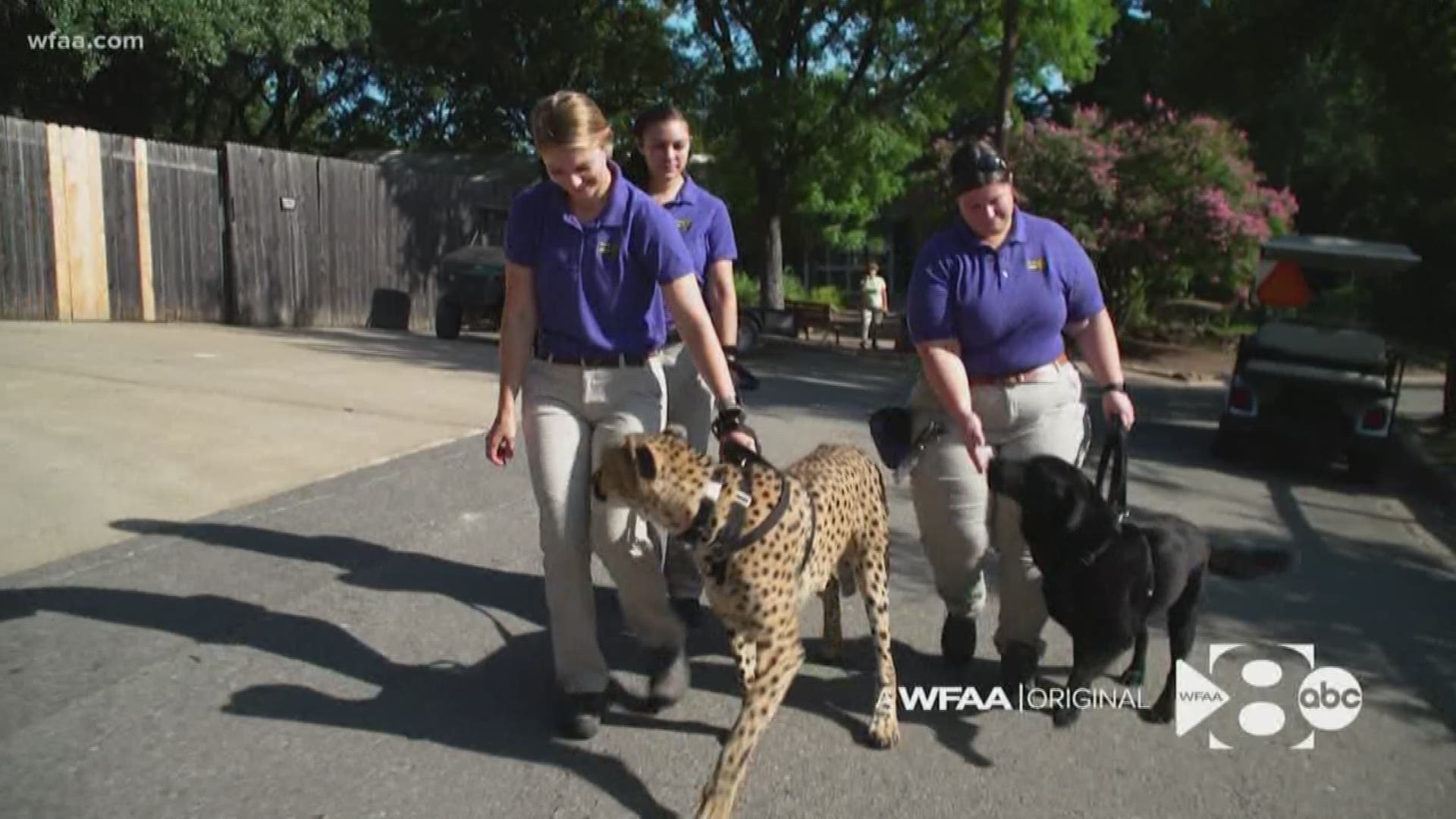 Six years ago, Amani the Labrador retriever was given a job perfect for a dog. He was put to work as someone's best friend.

Amani joined the Dallas Zoo to be a companion to two young cheetah cubs, brothers Winspear and Kamal.

It's a practice used by zoos across the country — pairing a naturally nervous, genetically introverted cat with the goofy extrovert of the animal kingdom.

"From all the other zoos across the country, I'm amazed that whether they were Labrador retrievers, golden retrievers or Anatolian shepherds, how well the dogs and the cats have adjusted," said Sean Greene, the chief operating officer of the Dallas Zoo.

Kamal died of pneumonia when he was 6 months old, making Amani the only buddy and brother Winspear has ever really known.

There used to be more than 100,000 cheetahs in Africa and Asia. Today there are only about 7,500 remaining in the wild.

Amani and Winspear are now ambassadors to people who come in to the zoo.

Presentations throughout the day feature demonstrations of Winspear's speed. Cheetahs are the fastest land mammal on the planet.

"You'd have to spot Usain Bolt a 35 to 40 meter head start in the 100 meter dash, and they'd finish at the finish line at the same time," Greene said.

It's also no accident that at the Dallas Zoo the cheetah encounter is next to animatronic dinosaurs. It's a message to visitors about what kind of danger cheetahs are in.

Greene says the zoo wants to make sure that 30 or 40 years from now, cheetahs don't become like dinosaurs — extinct.

If you want to see Winspear and Amani during their public demonstrations, stop by the cheetah exhibit at 10 a.m. on Mondays and Tuesdays, and 10 a.m. and 2 p.m. on Fridays, Saturdays and Sundays.

And every so often, Winspear and Amani can be seen strolling the zoo grounds with their handlers.