WFAA is continuing to follow Mickey Wakely's journey after being diagnosed with Alzheimer's at the age of 55. 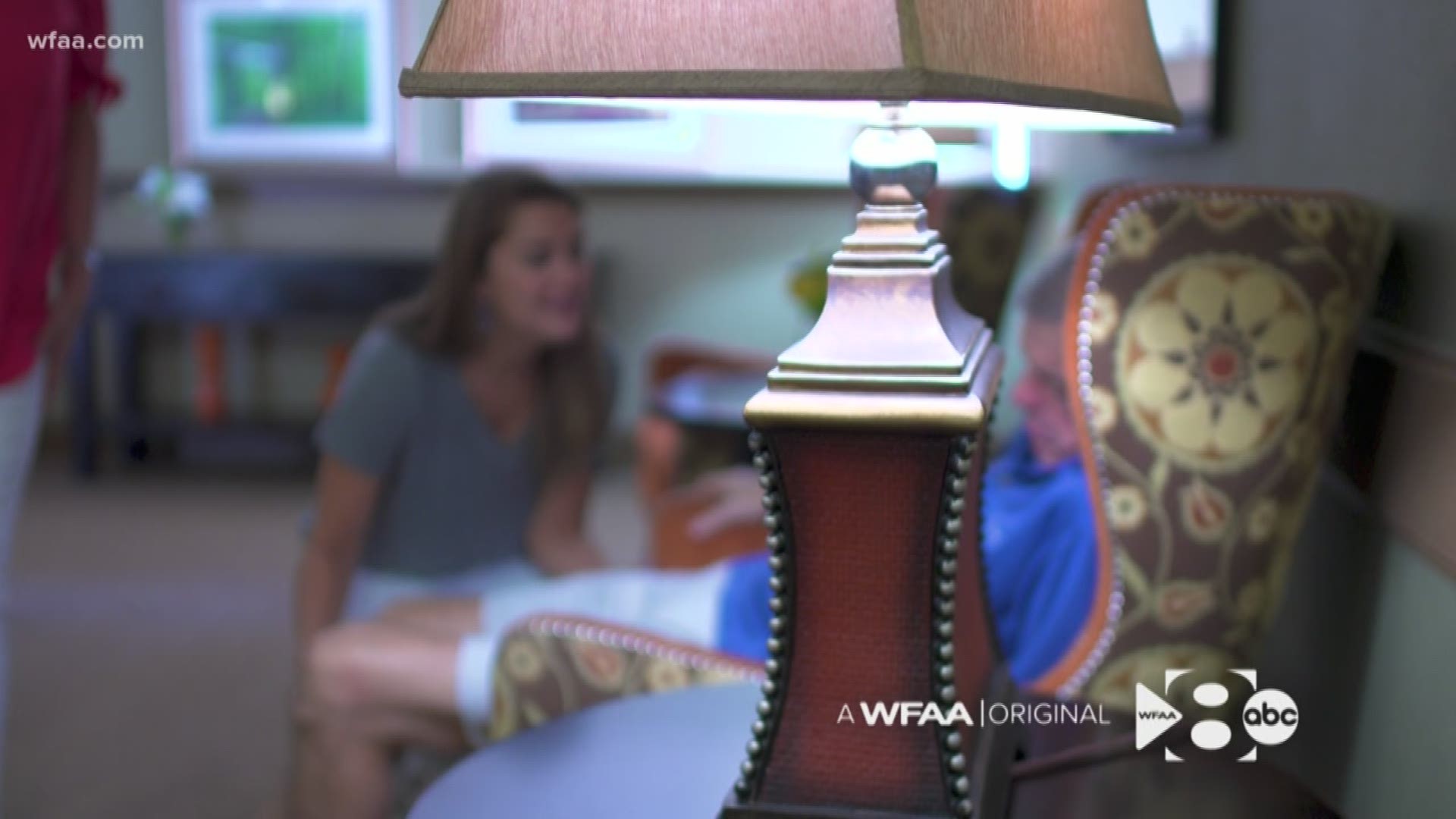 SAN ANTONIO, Texas -- He is a husband, father, goofball and golf lover. Dementia is taking them away from him. WFAA is continuing to follow Mickey Wakely's journey after being diagnosed with Alzheimer's at the age of 55.

We first met him and his wife Jane last October. That was four years into his early onset diagnosis, and at the time, Mickey was still chatty. He was getting around with the help of family, and living at home in San Antonio with Jane. Nine months later, Mickey's new home is a short drive north at The Landing at Stone Oak, an assisted living facility. We came on a Saturday in July to see how the disease is progressing, and how it's affecting their kids.

The Wakely's three children are Jake, Samantha and Luke. All live in Dallas, are under 30, and during the time they were starting their lives, they learned they'd have to start mourning their father's. "The fact that I can still walk in, and he knows that we're important, and that's all I can ask for at this point," said Samantha.

"It's just hard to deal with, because it's almost like he's there, but he's not," said Luke.

"It's the most confusing thing to process," said Samantha. "That's the one word." It is confusing to watch a man of strength wobble on his feet. To see a businessman struggle with simple words. And to feel such irrational hate from the man who loved you since the day you were born.

"During the time I was taking care of him, there are things that he would do and say to me, it was just hard to deal with," said Luke. "One time he put a knife up to me and threatened me, and I just had to clean up bodily fluids all the time, and it was a really stressful time."

Those moments are hallmarks of the disease, but hard for a child to forget. Mickey is now thinner, his speech is spotty. He is just 61-years-old. His family is grateful for the care he's receiving and say they see improvements now that he has around the clock care. Doctors and nurses agree his decline is fast, but there's no timeline.

To cope in that limbo, the kids say they're focusing on comfort for the man their dad is now. "I don't think he's really in a ton of pain. I mean, if you look at him all he does is smile or laugh," said Jake. "So he's probably in the best mood of all of us!" said Luke.

There isn't much they can do for him at this point, so they've put their focus into fundraising for Alzheimer's research and raising awareness. They started a golf tournament, Mickey's Mania, in his name, and plan to start a foundation. We asked if the father they remembered would be proud.

"With everything that's happened, I think he'd be happy that we can all sit in a room together and not bite each other's heads off. That's probably what he'd be the most proud of," said Luke.

"I was going to say, more than the Alzheimer's, more than the awareness we brought. I think the fact that the three of us are so close now because of it," said Samantha. "I think he would be really happy to see that."

Mickey will never know it, but in the end, that doesn't matter. His beloved family is stronger, because of his disease.