On the night WFAA tagged along, undercover detectives and agents set up in a Fort Worth motel. 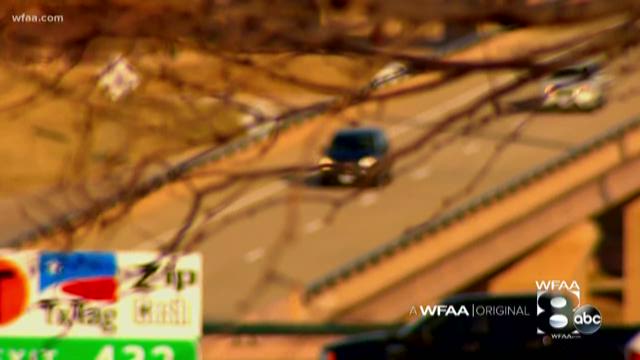 FORT WORTH, Texas -- If they all share one thing in common, Tarrant County investigators say it's that pimps and sex traffickers don't care one bit about a potential victim's age, background, or health.

It's why over the past 11 months, a new Tarrant County Sheriff's Office Intelligence Unit has made sex trafficking its top target.

"It's here. It's at our doorstep," Lt. Kevin Turner said during a recent sting operation. "That's our focus."

On the night WFAA tagged along, undercover detectives and agents set up in a Fort Worth motel. They spent hours browsing dating sites and sex ads looking for potential victims.

They may text or call between 100 to 200 women, or even their 'handlers,' during an eight-hour operation.

Once an individual responds to an inquiry, the undercover tries to entice the woman to visit the motel. If she actually shows up, and money is exchanged in a surveilled room, then deputies move in.

Despite having the look and feel of a typical prostitution sting, Turner is quick to point out it isn't. A lot of the women that actually arrive on site aren't arrested or hauled off to jail, but instead offered advocate services.

"We can speak to them, and they can deny everything. [But] when they have a victim speaking to them, it's this person understands what I'm doing, and who might be making me do this" said Turner.

Once detained, the women are taken to a nearby room where undercover females, as well as trafficking advocates, gently probe for information about the girl's situation.

"Right now, what we're trying to do is find out if you're a victim or not," one undercover asked a girl we saw during the operation.

Victim's advocate Rebekah Charleston, the executive director of the anti-trafficking group Valiant Hearts, is also in the room. She was moved around for years while being forced to exchange sex for money, until finally breaking free of the life.

"We look for younger. If they post they're 18, they're usually younger," she said. "If we can talk to them, we can help look for signs of an outcry."

She tells one girl in her younger 20s that she can get her help through the advocacy group. "I feel your struggle. I can understand it," said Charleston.

Detectives try to determine if there's a pimp, or larger trafficking network, pushing and pressuring the girl into sex for money. That is always the larger target, said Turner.

A number of the girls detained break down crying, eventually asking for help. A couple of others freely admit they came for the money on their own.

Charleston stresses that no two cases are the same. No one knows that better than survivors who escaped.

WFAA spoke to a woman who was kidnaped and trafficked 14 years ago from south Fort Worth.

"I remember that house, it was in a middle-class neighborhood. Nothing would stand out about it at all," said the woman, who asked to remain anonymous.

"It's impacted every part of my life that it was possible to touch," said the victim.

She remains in therapy and said while law enforcement seemed skeptical of trafficking outcries among local women years ago, that attitude has shifted.

Turner said his unit has close to 40 open trafficking cases right now. They've arrested close to 50, although some were simple "john" prostitution busts.

The youngest victim they found show up at a motel was 15. She was taken to safety.

"If we rescue one, that's a win. We're going to have to do it one at a time," said Turner.

He said they also do more typical "john" suppression stings, where they target the men trying to lure women for sex.

The sheriff's unit works hand-in-hand with Fort Worth police, as well as agents from Homeland Security.

Fort Worth police are fielding tips almost daily. Last year, they broke open about 60 cases with more than 50 suspected traffickers.