When Hodge began rehabilitation at Baylor, therapists quickly learned about her love of ballroom dance. 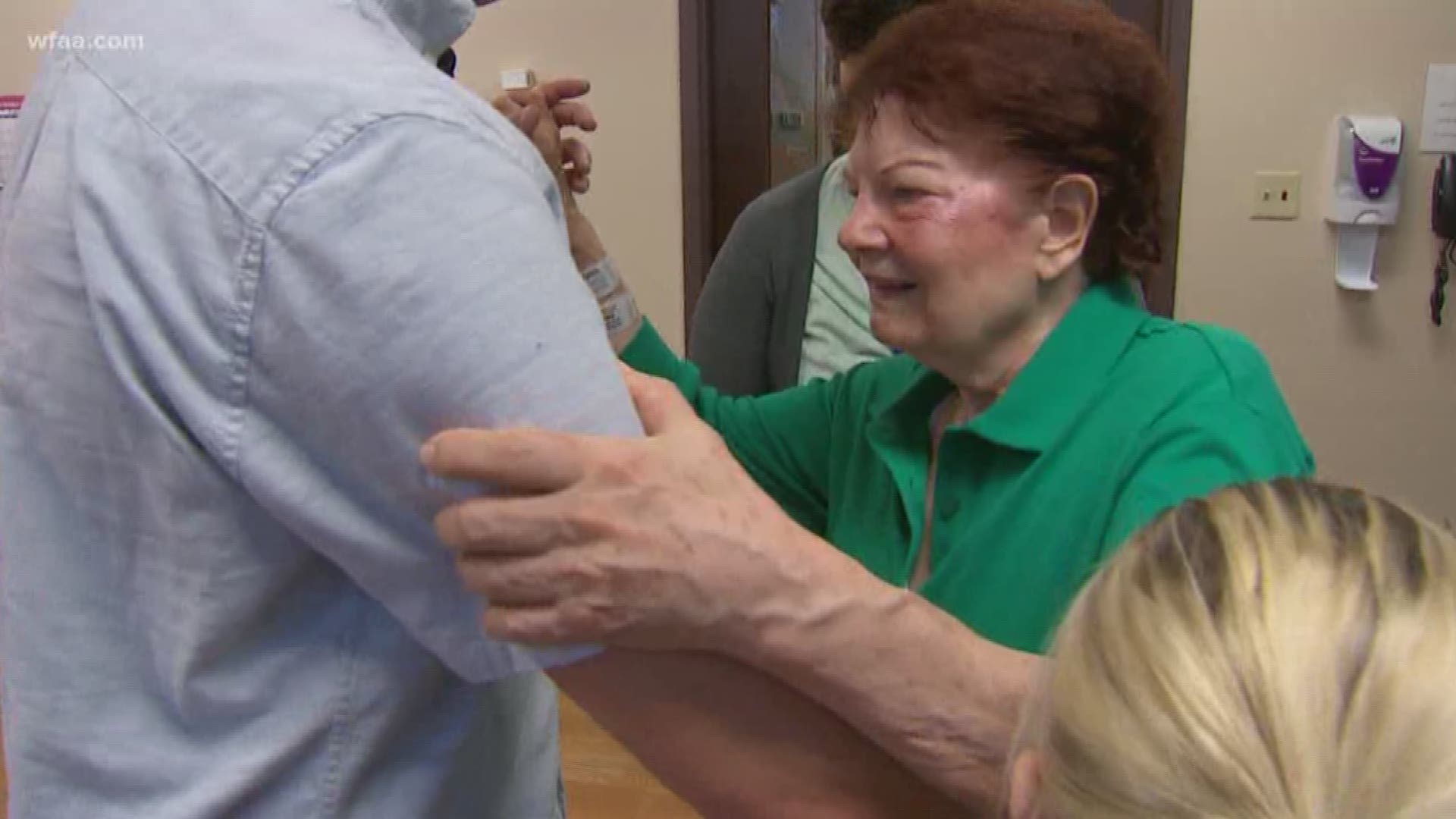 Depending on your perspective, it was either good luck or bad luck that brought together Ruth Hodge and Lance Smith.

The two would have never met if Hodge, 84 years old, had not suffered a stroke in late March. But she might not be as far along in her recovery if Smith hadn’t been placed in her path. Smith is a recreational therapist at Dallas’s Baylor Institute for Rehabilitation.

The stroke paralyzed Hodge’s left side, leaving her with no movement in her arm and leg. Hodge could not walk, which left her worried that she’d never again take to a floor to dance. Ballroom dancing has been her hobby for the last two decades.

“It was a passion of mine, but it came to a rude halt when I had the stroke,” she explained.

When Hodge began rehabilitation at Baylor, therapists quickly learned about her love of ballroom dance, and Smith began cooking up a plan.

“I started dancing in the third grade and grew up a competitive ballroom dancer,” he said. “My ears perked up when she told me how much she goes dancing. And it turns out we could figure out a way to dance together.”

With the help of a team of therapists – one moving Hodge’s leg and hip for her while two others kept her balanced, they began using dance as therapy. She leaned on him while he directed the moves.

“I’ve changed my passion. My passion is now to walk and be able to take care of myself. And if I get to dance again, well that’s just a lovely thing.”

After a couple of sessions, Hodge was able to place her left arm, which weeks before would not move, on Smith’s shoulder without assistance.

“The first time was more difficult,” he said, “but the next time was huge improvement.”

“Dancing is all about weight shifting and that’s a large part of the mechanics of walking. Dancing also gives you body awareness and that’s what you have to have to recover from strokes – retrain the body to send signals to the extremities that lost the neural pathways. Being body aware is a huge benefit.”

Smith said Hodge’s active lifestyle prior to the stroke played a role in her fast-paced recovery. But for Hodge, it hasn’t been fast-paced enough.

“Even though we’re not really dancing according to my standards, it’s been fun,” she said. “It brings back a tinge of hope that maybe I will do it again some time.”

Smith encouraged her to remain optimistic.

“I don’t doubt you’ll get back to dancing,” he told her.