One of the oldest people in Texas, 109-year-old woman says key to a good life is faith

"If you look hard enough there’s something good in every little bit of bad," Jewell Hutson says. 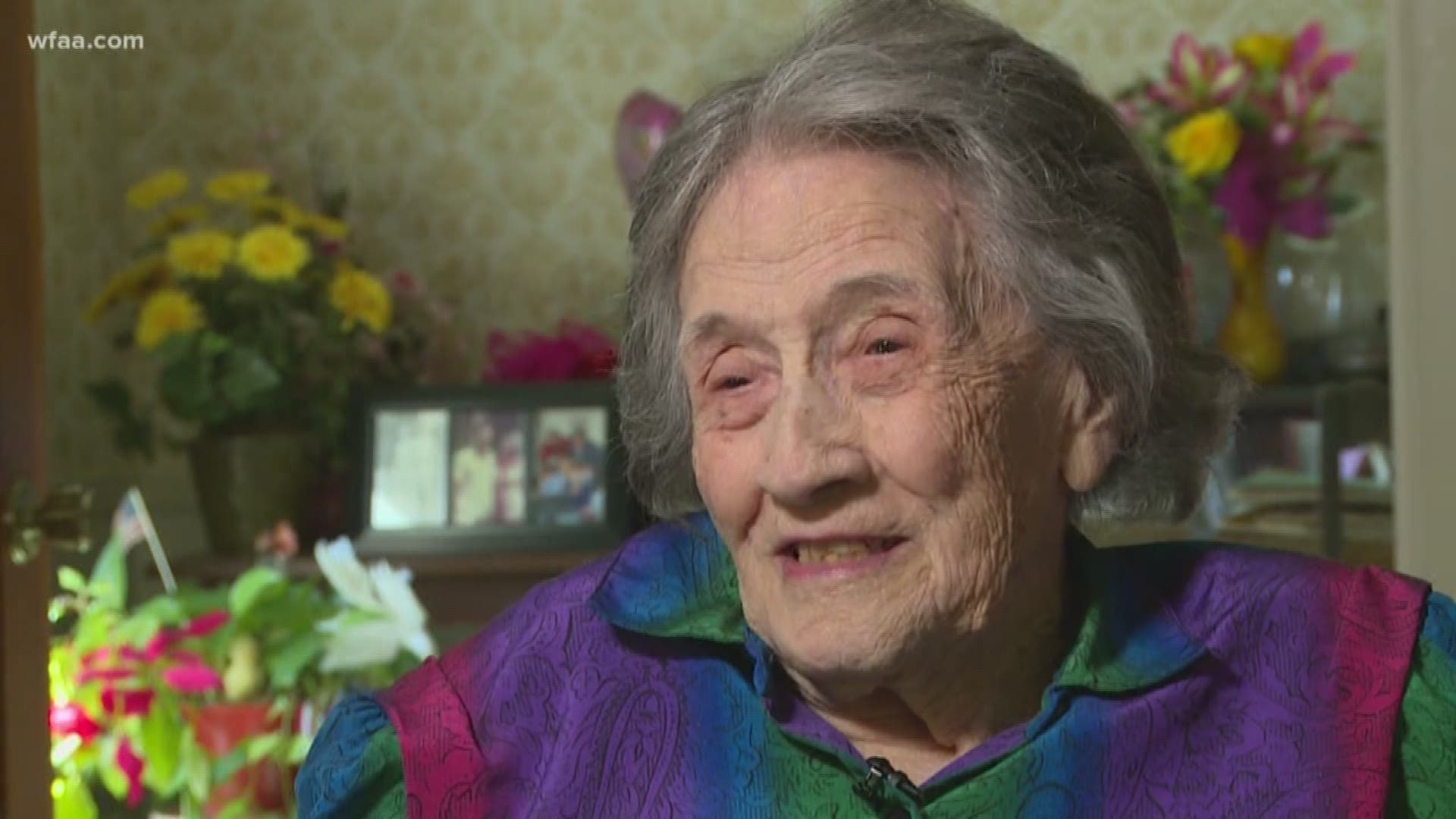 A modest home in the middle of Kerens was not built for kings and queens.

But inside is the crown jewel.

Jewell Hutson is Kerens' royalty. It's a title she’s earned admirably as one of the oldest people in Texas.

"I don't feel like I've been here that long,” Hutson said. “I must've done something right."

Born in 1911, Hutson grew up in Kerens. After college, she eventually moved back and became a teacher.

She and her husband, who died in '65, had just one child.

“I was too busy raising everybody else’s kids,” she laughed.

Hutson taught for 50 years and along the way, witnessed plenty of lows, like World War I and the Great Depression. However, she’s avoided going up high. To this day, she’s never flown in an airplane.

“I got more sense than to get up there now,” Hutson said.

A lot has changed in 109 years but Hutson says what impacted her life most barely even existed when she was a child.

"Electricity and all this new stuff that they're working with now,” she said with a sigh.

She doesn’t own a cell phone, but her life isn’t void of technology.

After all, Facebook is a great way to stay in touch with friends, family, and former students.

But an even better way is in person.

That’s why they recently got together to throw her a huge birthday party.

Hutson says there's no secret for living to 109. Rather, she credits her Christian faith living a good life and says the key is to live it out every day.

“I have never heard her say a negative thing about anyone,” said Jewell’s niece, Nancy Wilbur.

“She looks at the good in people,” her nephew, Sam Horton, added.

“If you look hard enough there’s something good in every little bit of bad,” Hutson said.