The Emerald Ash Borer has decimated ash trees in the Midwest for years. The beetle was discovered in Fort Worth in 2018. 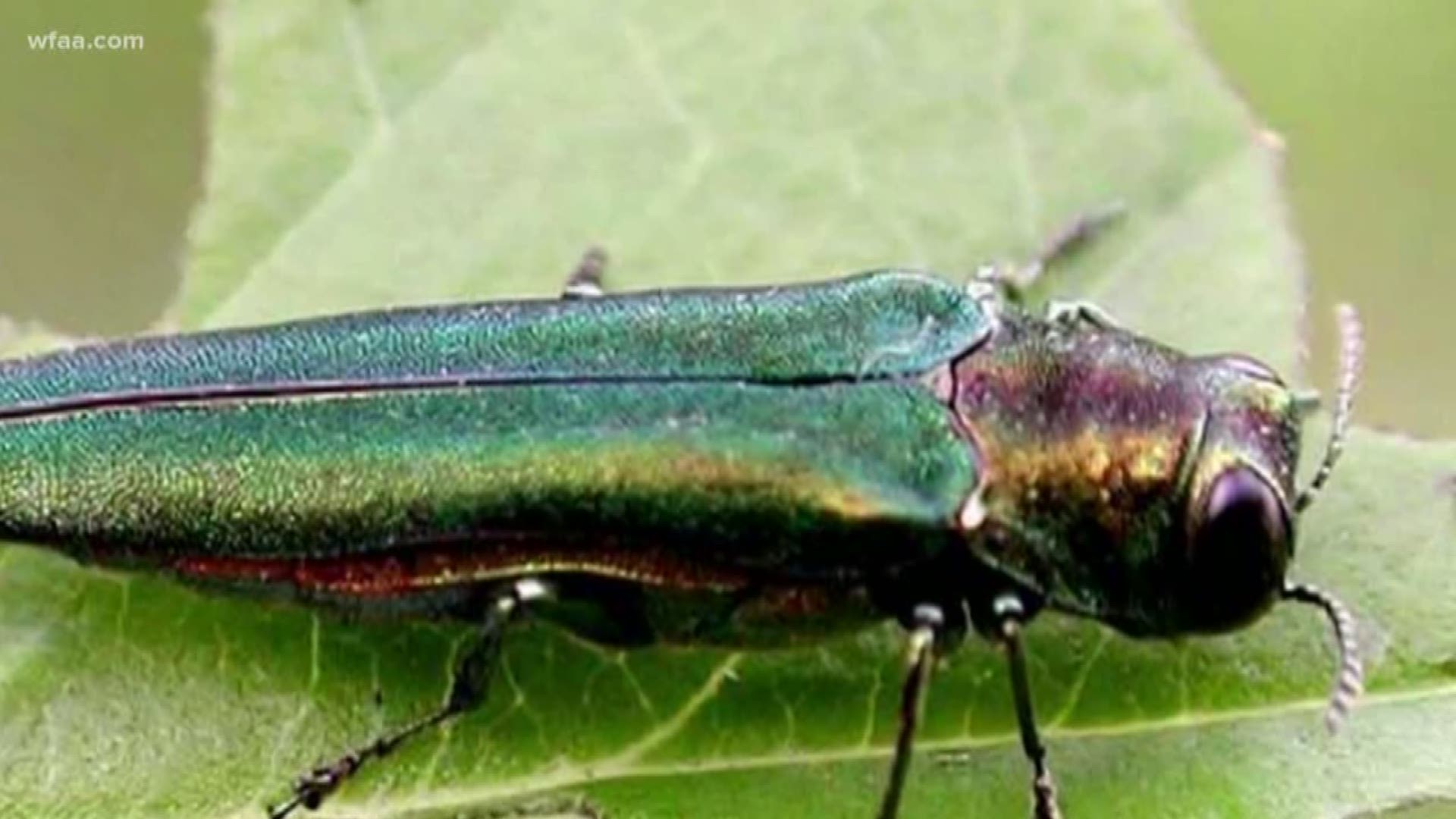 FORT WORTH, Texas — They're big. They're beautiful. And they're in danger.

There is a mad dash right now to save our region's ash trees, no thanks to a shiny, tiny bug.

"People from the Midwest are certainly familiar with emerald ash borer," said the city of Fort Worth's forester Rustin Stephens. "It's new to us."

The emerald ash borer, a beetle with a vibrant green shell, has killed millions of ash trees since 2002, when the bug was discovered in Michigan.

In 2018, WFAA profiled an 11-year-old boy named Sam Hunt, a nature lover who found the green beetle in Fort Worth.

"I just thought it was crazy," he told us then. "I never thought I could find anything like that."

The state forest service confirmed it was the first proof of the borer in North Texas.

Stephens said he and others are grateful the boy made the discovery; he assumes the bug had been here for years before.

Stephens said since the discovery, Fort Worth has worked to proactively treat its ash trees, but because it can take years for the symptoms to show up, he fears the worst.

"We’re about to see probably a big outbreak," Stephens said.

According to the Colorado State Forest Service, symptoms an ash tree has been infected include:

One way to help stop the spread of the invasive beetle is not to move firewood.

"In Texas, we like to hunt, we like to go other places to hunt, so sometimes we go gather firewood and bring it back for the next trip," Stephens said.

But transferring firewood from place to place is a surefire way to carry the borer with you, introducing it to new environments.

Stephens said the ash tree is "absolutely vital" to our environment, which is why it needs to be protected.

"There’s over two dozen insects that require ash trees as part of their lifestyle," Stephens said, adding 150 insects use the ash tree in some way.

Stephens said some Midwestern cities have seen 100 percent devastation of their ash trees, and he doesn't want that for our communities.