Grapevine's Wally Funk went to space 60 years after first thinking she would make it there. 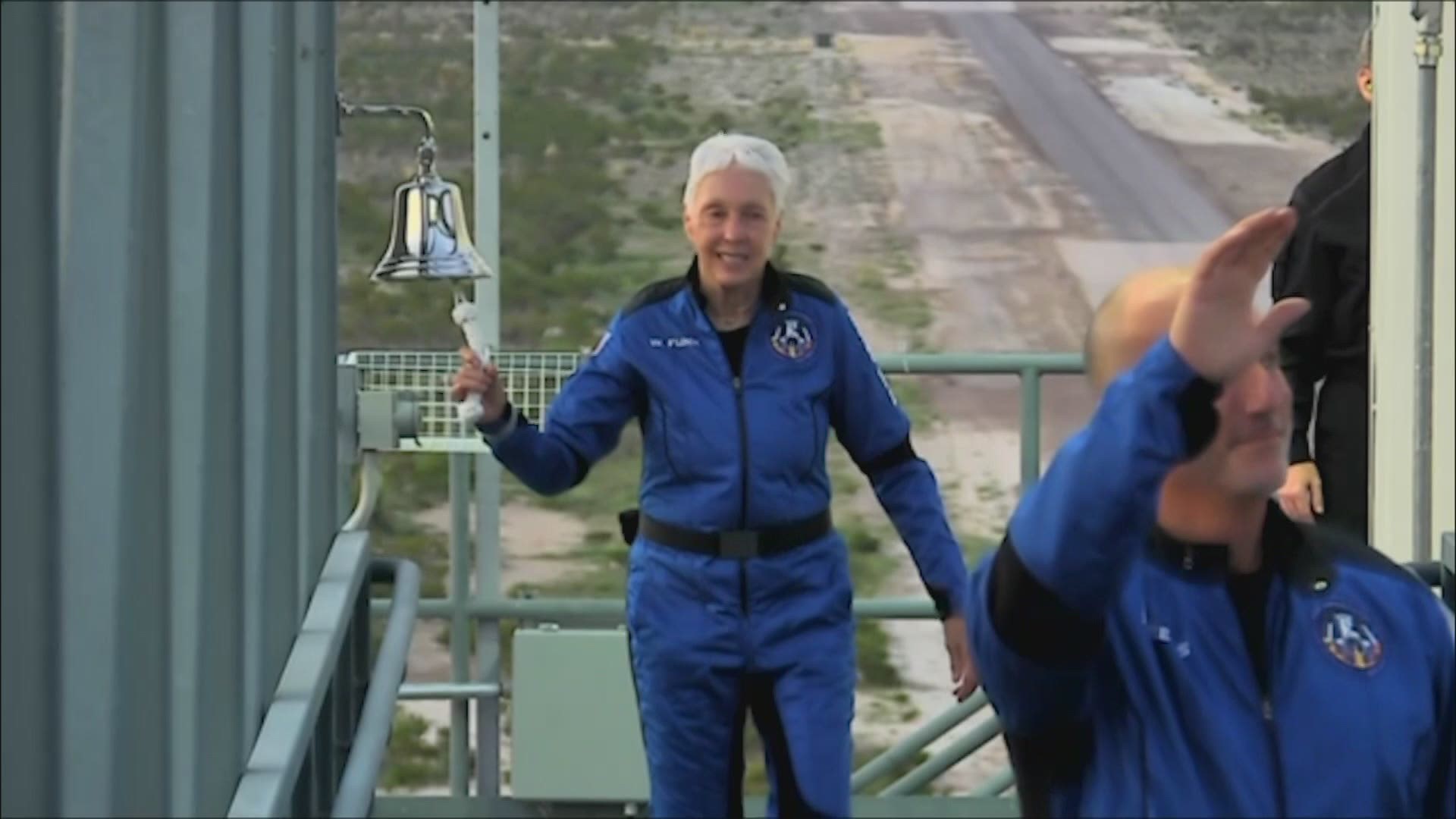 VAN HORN, Texas — The middle of the West Texas desert is the middle of nowhere and yet, people from everywhere showed up to the tiny town of Van Horn.

Many people waited all night, but what’s more impressive than spending hours in an empty desert is waiting 60 years to get here.

“I want to thank you sweetheart,” new astronaut Wally Funk told Blue Origin founder Jeff Bezos. “Because you made it possible for me. I’ve been waiting a long time.”

Funk wasn’t the first woman to go to space, but she could’ve been.

“She has been denied this for so long,” said Isa Giner, who came from El Paso to watch the launch. “I think like 60-something years.”

Funk trained to be an astronaut, but in 1961, NASA didn’t want women going to space.

By the time the agency finally relented, it said Funk was too old.

“Wally Funk is the one who deserves to be up there,” Giner said.

Bezos finally gave her the chance.

While many watched the launch from the side of the road near the Blue Origin facility, some in Van Horn watched from the high school auditorium.

“I believe they should’ve let her do this a long time ago,” one woman said.

“She’s waited 82 years,” said one local man who held back tears while watching the launch.

Funk was in space for just four minutes Tuesday morning, far less than she might’ve been decades earlier. While this flight does not erase that mistake, it’s proof that wherever there are barriers, women will knock them down.

“It’s not over until you say it is. She really went to space at 82 years old,” said Giner.

At the post-launch press conference, Funk told those in attendance “more to come.”