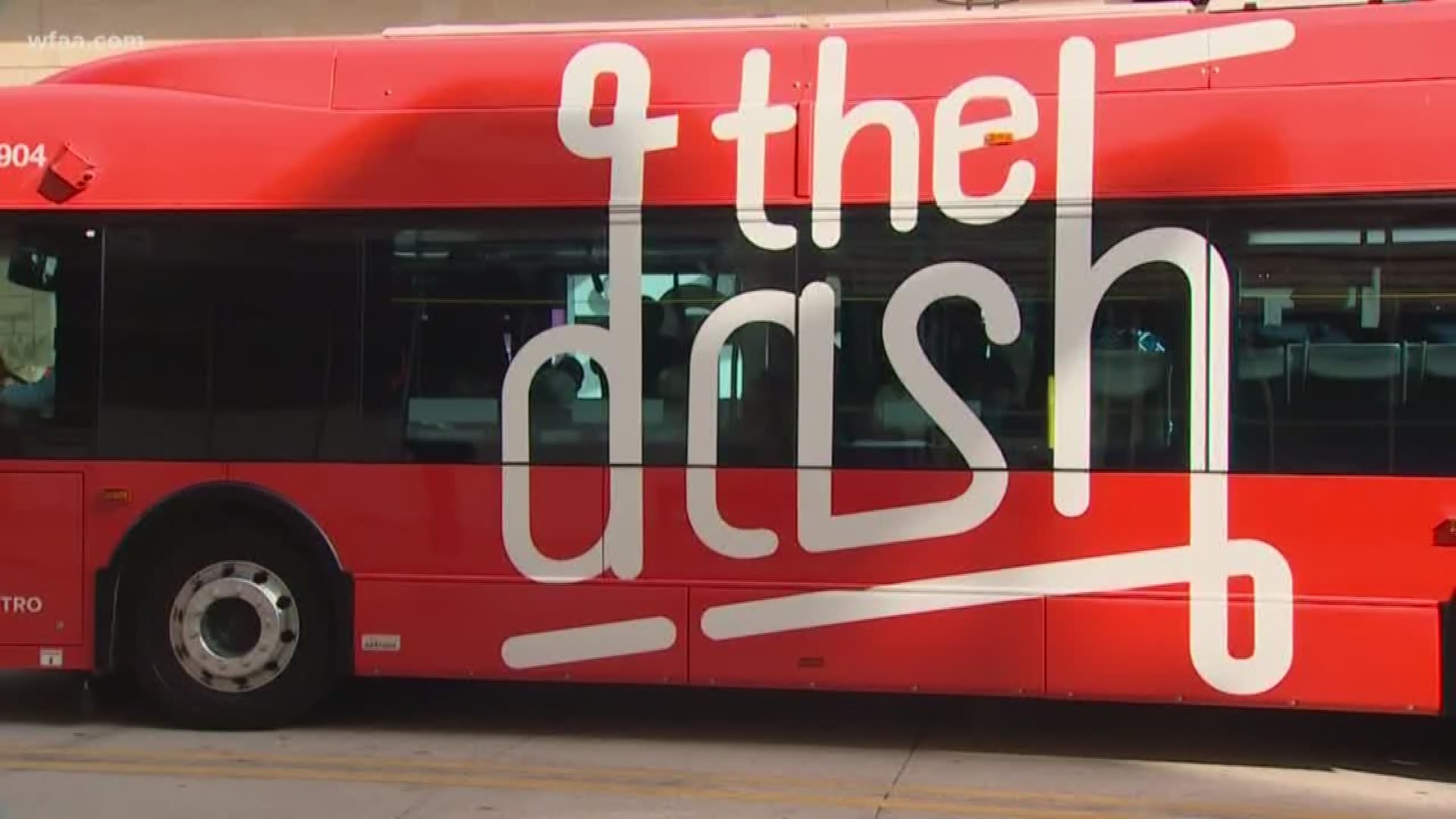 FORT WORTH, Texas — It's lunch hour rush hour Monday on Fort Worth's West 7th Street. But instead of fighting for parking and battling traffic, a group of people aboard a big red bus cruised through easily on the city's newest public transportation.

It's called The Dash.

"I heard about it and I wanted to check it out," said rider Cody Battles.

There was a big kick-off event Monday morning for the new circulator service that now connects downtown with the West 7th entertainment area and the cultural district, including the new Dickie's Arena, slated to open this year.

"We always need more transit, for as much as Fort Worth is growing and we’re going to continue to grow," said Melissa Chrisman, of Trinity Metro.

Chrisman acknowledged Fort Worth has long faced criticism that for a city of its size, there's been a lack of public transit options. She says The Dash is just one of their solutions.

"I think we are hoping people will use this to do all sorts of entertainment," she said. "Go have dinner, go see a movie at the Movie Tavern, then come back downtown and hang out in the plaza."

The Dash is a bit of a different bus experience than one might expect. It's Trinity Metro's first fleet of solely electric buses, which means they're healthier for the environment and provide a quieter ride.

The buses are also equipped with WiFi and have USB ports under the seats so people can charge their phones.

"They’re doing a good job, and I know in the future they have more to come," Battle said.

Chrisman said this is their first circulator, but they'll look at the possibility of adding them to the Stockyards and Near South Side.

"I think you’re not gonna find a cheaper Uber ride," she said.

Rides are free until the end of October. After that, fares will cost $2.