McKinney car dealership hopes to collect 50,000 diapers to give back to community

Brandon Tomes Subaru saw the need in the community after attending a diaper drive recently. 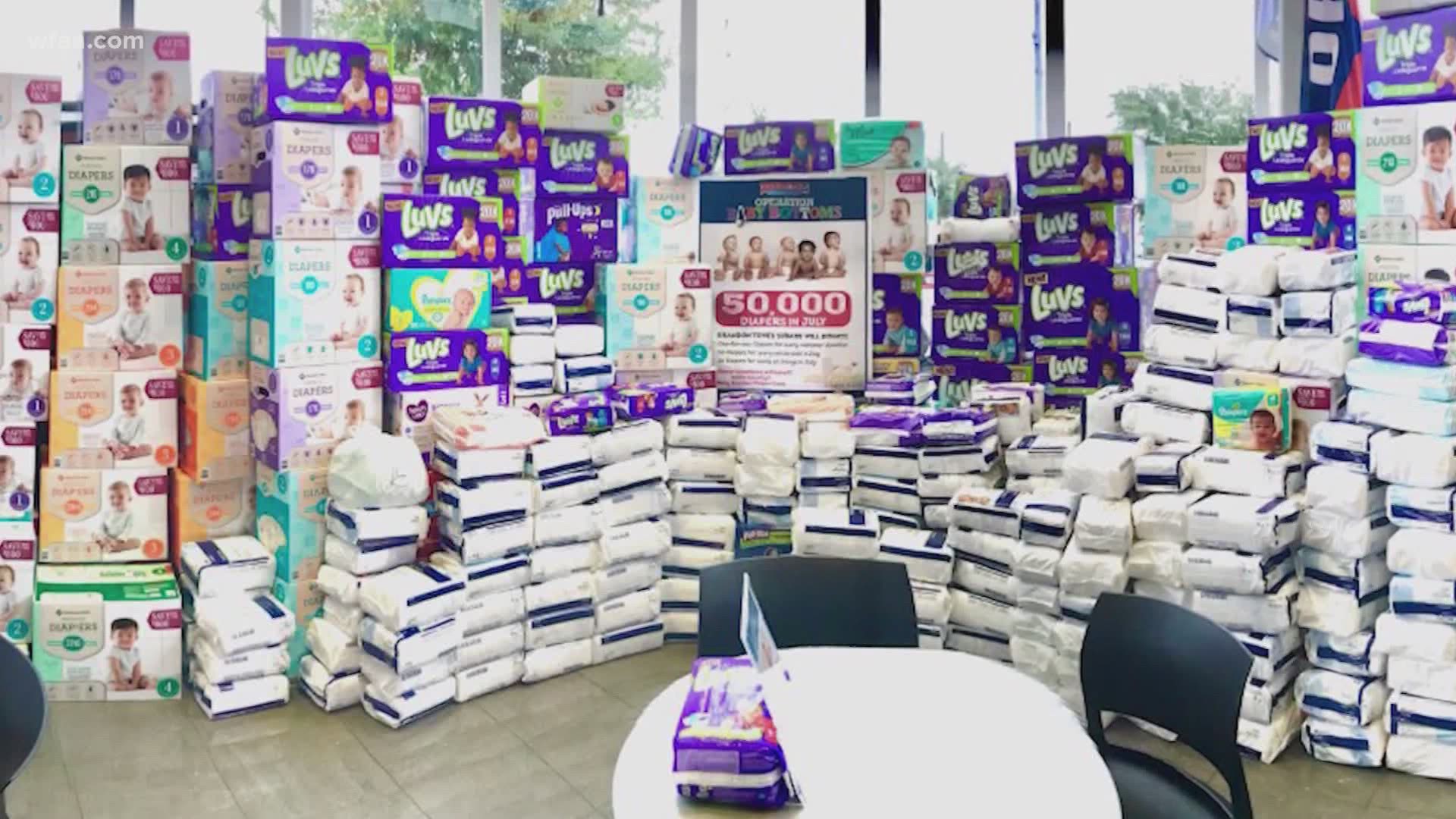 Brandon Tomes Subaru sells a lot of cars, but right now, it’s a great place to go if you’re in the market for new diapers.

“I’d rather be known for what we’ve done in our community than selling a bunch of cars,” said owner Brandon Tomes.

Technically, the dealership isn’t giving away diapers, but Tomes says for the month of July, he and his staff are trying to collect 50,000 diapers for the Baby Booties Diaper Bank in McKinney.

They got the idea after attending one of the diaper bank’s drives and saw how big of a need there was.

“It made us excited because we knew that we could help,” said Tomes.

It’s a need that’s only gotten bigger because of the COVID-19 pandemic. Last weekend alone, the diaper bank handed out 41,000 diapers.

So far, the dealership has collected nearly 45,000 itself but would like to collect a lot more before donating them on Aug. 3.

Every donation that’s dropped off will be equally matched by the dealership.

“It just leaves you with a good feeling knowing that being in a position where you can, you did,” Tomes said.

It's proof that you don’t have to buy a new car to drive home happy.