Snow way! Winter weather is a chance to make a flurry of memories across North Texas

Large amounts of snowfall are rare in North Texas, so make the most of this week's weather. 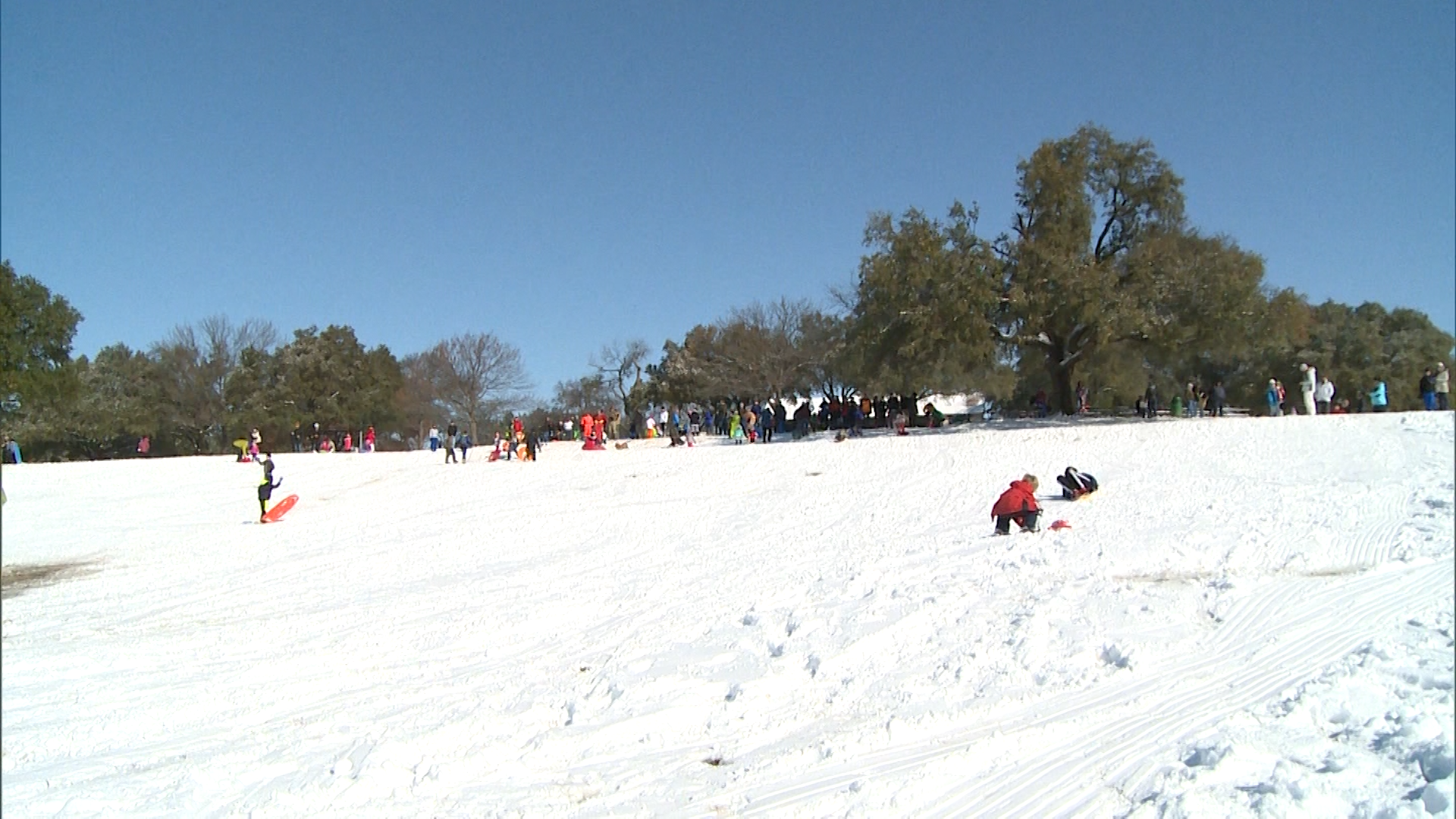 This Valentine's Day weekend is about to be filled with red and a whole lot of white. Forecasts are calling for up to seven inches or more of snow throughout the week.

So, how do we make the most of it?

WFAA's Sean Giggy asked the one woman who’s loved him longer than anyone: his mom.

Growing up in Indiana, large amounts of snow is normal. Finding fun in the fluffy stuff was what he and his family lived for.

Of course, each snowfall there was one time-honored activity that rose above the rest.

“We went down to the reservoir,” Giggy's mom said. “We took the sled disc things down there and slid down the hill.”

What if you want to sled down a hill in North Texas?

Krystal Hurst blogs about these kind of things.

“Flagpole Hill is probably the most well known across the metroplex in Dallas. The other one is up in Frisco and it’s called Hope Park, and they’ve got some hills," Hurst said.

“You don’t have to go and buy any expensive sledding gear. Just using the innertubes for your pool or a boogie board will work as well on snow as in your pool.”

Hurst said you can probably find similar hills in your neighborhood.

“I also like the idea of snow painting,” she said.

She said grab some food coloring, put it in spray bottles and make art on the snow.

Then again, a lot of people would rather stay inside.

In fact, even in Indiana, there was plenty to do in the house.

“Bake, make brownies, make cookies,” Giggy's mom said. “Oh, I think we made ice cream one time, too, out of snow. It was clean snow.”

When Giggy told his mom there’s no such thing as clean snow, she pretty much told him, "What doesn’t kill you makes you stronger."

It probably did, but she also has a point (you really shouldn’t eat snow). You can bring snow inside and still have fun by playing games, doing experiments and much more.

“You can do things like sensory bins with little kids where you’re placing beads or little objects like that in the snow and just having fun with it,” said Hurst.

However, perhaps the best advice, especially for anyone dreading this winter storm, is to find the warmth in these moments.

“Take it and relish it,” Giggy's mom said. “Even though you may look at it as a long day, you know what your kids will have those memories they’ll never forget. Ask them when they’re older.”

And if you ask her son, she’s right.

To read more ideas from Krystal Hurst, check out her blogs at www.dallasmoms.com or www.collincountymoms.com.