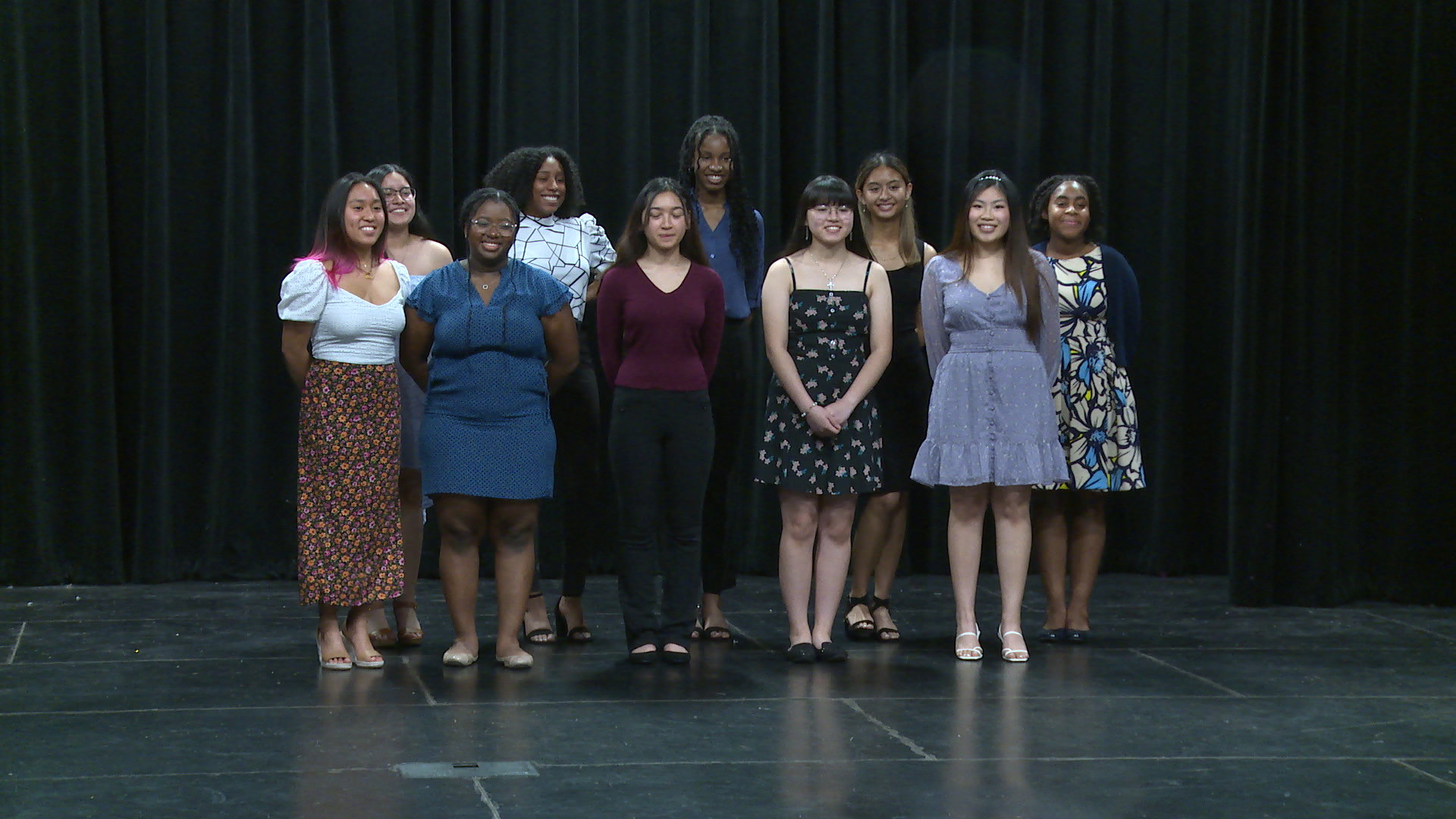 CEDAR HILL, Texas — When the graduates of Cedar Hill Collegiate High School walk across the stage, they will make history.

It will be history not even they saw coming: For the first time ever, the school’s top 10 graduates are all girls.

“I was like, ‘oh really,’” said valedictorian Paula Gallegos. “I didn’t even notice.”

“I was like, ‘wow, this is really unusual,’” Heath Koenig, the chancellor of the collegiate pathway, told WFAA.

It’s not like there aren’t many boys. The class is pretty evenly split.

But through four years - the last year spent learning through a computer - this group of ladies stayed at the top.

For some girls, it’s hard to believe, especially Gallegos.

“My mom didn’t get past secondary education,” Gallegos explained. “She didn’t get to finish that because she was a woman. Both of my grandmothers didn’t get any schooling at all because they were women. So, me getting this far at this age and this gender, it was really a big step up.”

These girls aren’t alone. At Cedar Hill High School, the top nine graduates are all female.

The girls said there’s no secret formula and no tricks, but rather hard work and determination.

“Gender doesn’t matter,” Duong said. “When it comes to their work ethic, it’s the individual themselves.”

“It just goes to show the capability that girls have, especially this generation,” said Cedar Hill collegiate Katrina Ambulo.

“Being a woman doesn’t define you to a specific label or box that says you can’t go outside these boundaries," Gallegos said.

Chancellor Koenig said it even inspires him.

“That can-do attitude, I think, just drives me to be better every single day,” he said.

These girls have always believed they were capable, which is why they didn’t even think an all-female top 10 was a big deal. At least, not until the cameras showed up.

“The fact that you guys are making a story out of it, it’s definitely feeding into the ego a little bit,” Ambulo admitted.

“It’s just that we can do anything that boys can do, maybe better,” Duong laughed.