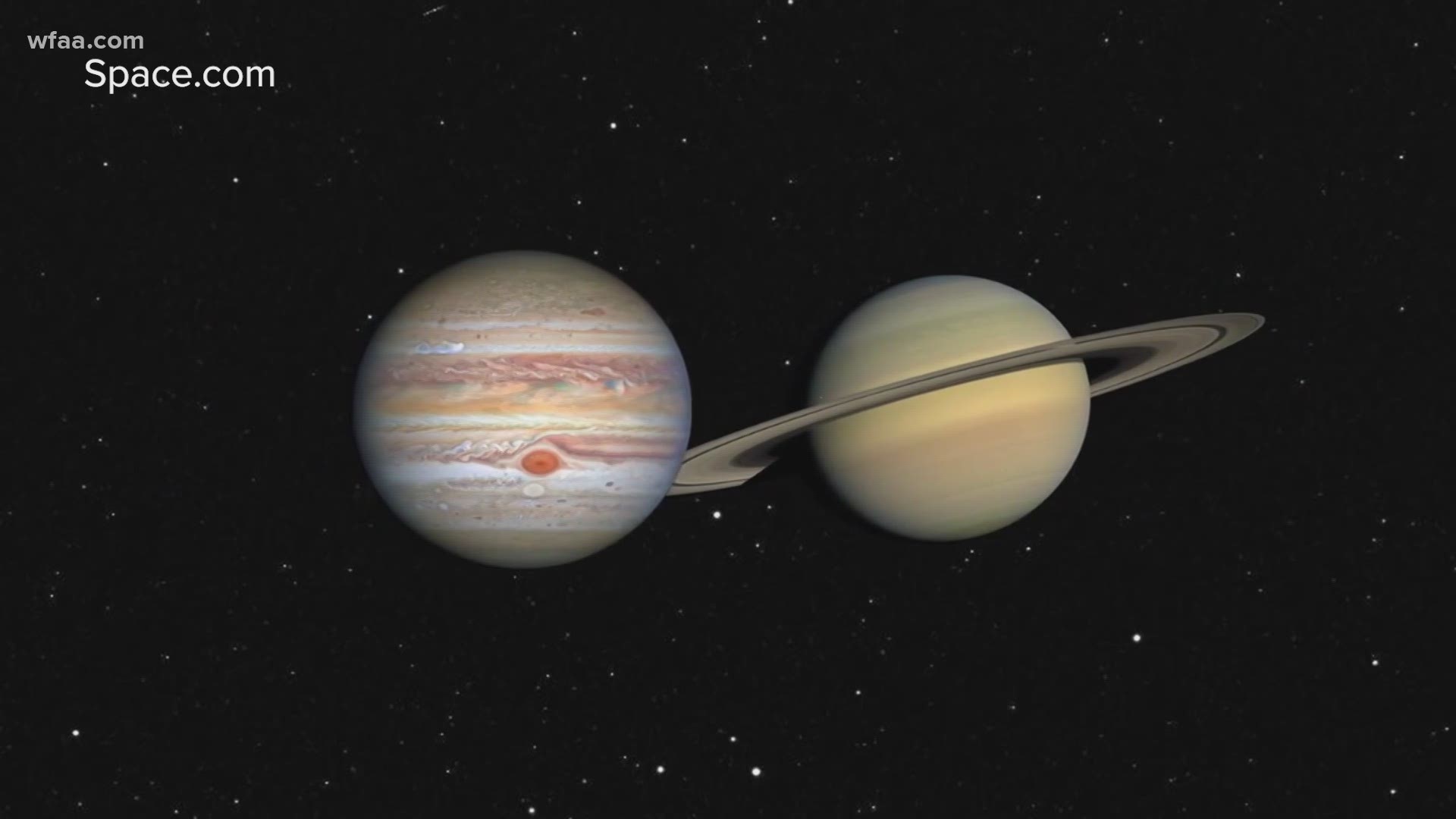 With the pandemic spreading, hospitals full and millions unemployed this year, many people are searching for a light in the darkness.

Some say tonight we’ll find it.

“This has been a very dark year for us, and it’s this cosmic phenomenon that’s just like a light of hope in the sky,” said Dr. Mary Urquhart, a professor and planetary scientist at UT-Dallas.

Just after sunset, Jupiter and Saturn will appear closer to one another than they have in centuries. It’s called The Great Conjunction.

Dr. Urquhart said the last time humans could see it this clearly was 800 years ago in March of 1226. She also shared her tips for seeing The Great Conjunction.

RELATED: ‘Christmas Star’ will be visible during rare celestial event on the winter solstice

Dr. Urquhart said it’s best to look toward the horizon, south to southwest 30 to 90 minutes after sunset. The two planets will be in near perfect alignment from our viewpoint on earth -- so bright that you’ll see them from anywhere.

A lot of people believe it’s a beacon of hope.

“There are so many things that are there to observe that don’t require a once in many centuries event," she said.

She, of course, is talking about the stars but her words ring true here on earth.

Kindness, especially in 2020, has felt like a once-in-a-many-centuries event. Yet, we’ve seen many small beacons of hope that prove compassion is no rare phenomenon.

From kids donating presents in Dallas, to 900 cars who decided to pay it forward at a Minnesota Dairy Queen drive-thru.

Monday night, we will look toward the sky for hope, but when we look to each other, we will see the stars have already aligned.