In the NICU at Christmas, a hospital tradition takes on new meaning during pandemic

For years, nurses and former NICU families from Texas Health Presbyterian Hospital in Dallas have been finding ways to brighten current families' holidays 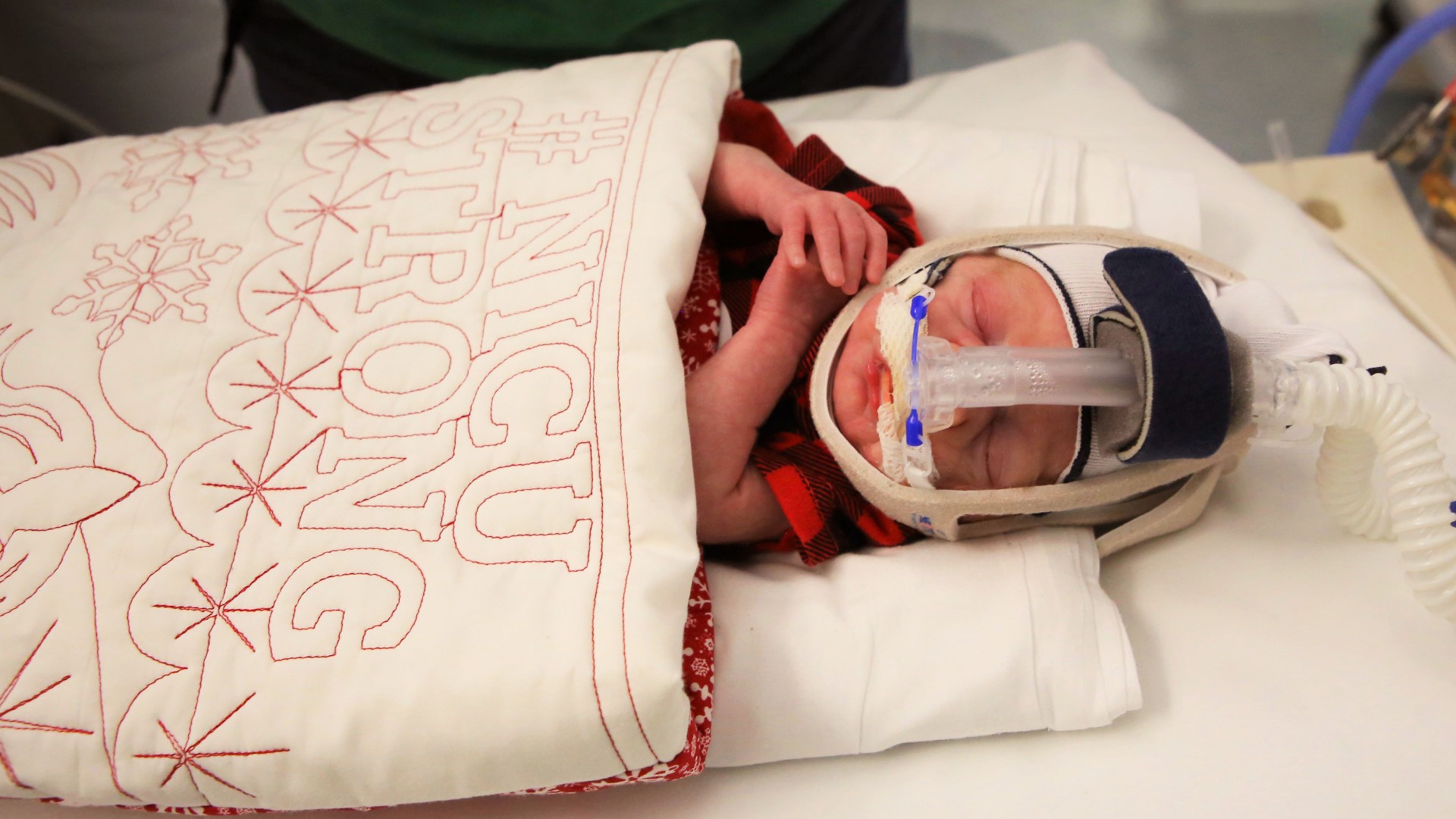 “Pregnancy was great, no issues-- and then at 28 weeks, my water breaks,” said NICU mom Teena Baker, of Denton.

Her son, Easton Arnold, wasn’t supposed to be here until Valentine’s Day. But he’s been in the NICU at Texas Health Presbyterian Hospital in Dallas since before Thanksgiving, and now for Christmas.

Baker says the pandemic has made a hard situation harder.

“Our baby's a month old,” she said Wednesday. “And besides the great nurses and doctors, I'm the only one who's held him or touched him.”

Because of the pandemic, only parents are allowed in the NICU, Baker said.

“This year is definitely really tough,” said NICU nurse Thao Nguyen. “Being in the NICU is very difficult and then you have COVID on top of that."

But Nguyen, along with fellow nurses and former NICU families, have found a way to bring some much-needed cheer. Nguyen, who loves photography, festively photographs every single baby in the NICU. These are tiny girls and boys, even NICU twins, who are spending Christmas growing stronger.

Usually, the photoshoots include Santa, but because of the pandemic, he’s been replaced with a toy version.

The blankets, hats, stockings and other accessories you see in the photos have been lovingly gifted by families who’ve been in their positions before. The former NICU parents leave tender and compassionate notes along with the gifts, telling parents they’re not alone and things will only get better.

Dressing the babies up, photographing them and giving the families gifts has been a long-standing tradition with the nurses and former NICU families, but it’s taken on new meaning this year during the pandemic.

“It's saying ‘We are with you, we are together in this, and you are not alone,’” Nguyen said.

Baker was moved to tears by the gestures. The framed photos and gifts are keepsakes, but more than that, they’re delicate reminders of what the season is about.

“They go the extra mile to make us feel loved and to make us know we might not be where we want to be, but we're where we need to be right now,” Baker said.

Christmas in the NICU, so next year, they can be home.