Power of love: Hurricane Laura not enough to stop Dallas couple from saying, 'I do'

Jason Abante and Caitlyn Wenner planned to get married in their hometown of Beaumont, but then Hurricane Laura moved in. 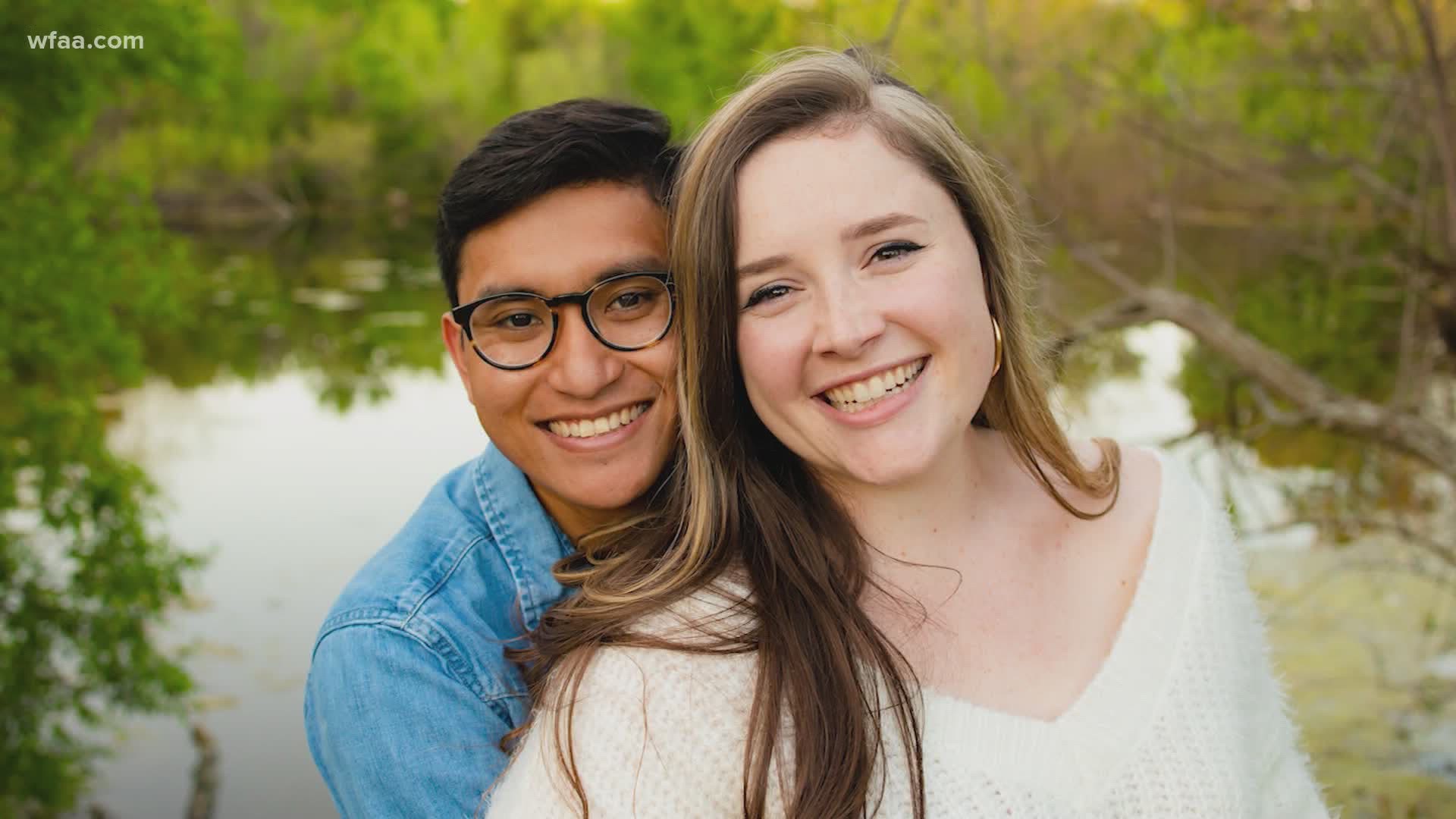 Earlier this week, Hurricane Laura pummeled the Texas-Louisiana coast. But nothing took a more direct hit than the hearts of two lovebirds.

“What else could possibly go wrong,” said 25-year-old Jason Abante. “You never wanna ask that question.”

“After all of the planning, this was honestly the last things on our mind,” said Jason’s fiancée, Caitlyn Wenner.

After meeting in middle school, then dating for eight years through high school and college, Abante and Wenner, who live in Dallas, were planning to get married this weekend at their home church in Beaumont.

But Hurricane Laura washed those plans to sea.

Abante and Wenner’s families, who still live in Beaumont, were forced to evacuate and have been staying with them in Dallas.

That got them thinking, if their family was in North Texas, maybe their wedding could be too.

Unfortunately, August is peak wedding season and it’s virtually impossible to find a venue on three days notice. In fact, Abante called nearly two dozen churches to no avail. He had pretty much given up hope when he decided to call one more.

In a voicemail to St. Joseph’s Catholic Church in Richardson, you can almost hear his desperation.

“This is probably last minute and a longshot, but I just wanted to see if you guys have any availability,” he asked in the message.

Believe it or not, the church did.

A big wedding scheduled for this weekend was canceled because of COVID-19.

So, on the same day they planned to get married originally, with masks and social distancing, Abante and Wenner will walk down the aisle.

“She gives me that purpose in life,” Abante said. “I just can’t imagine being without her.”

“Jason means everything to me,” said Wenner. “I just can’t imagine waiting another day to marry him.”

Proof that neither pandemic nor hurricane is strong enough to stop the power we call love.