How Trickham, Texas got its name from water, whiskey and angry cowboys

The name of this west Texas town is no joke, but the story behind it is. 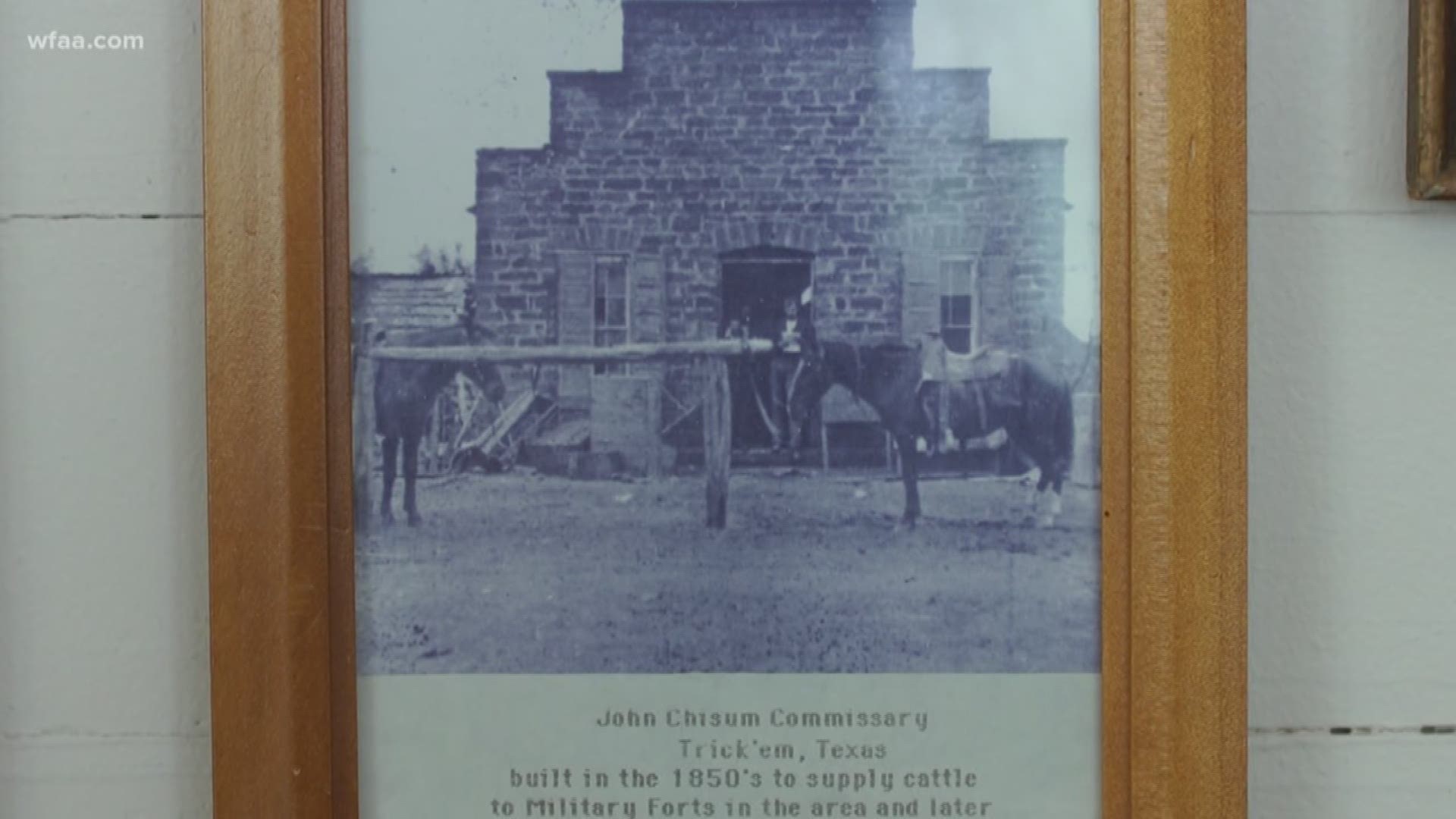 TRICKHAM, Texas — Whether it's Bug Tussle, Ding Dong or Kermit, many towns in Texas have bizarre stories behind the history of their names. But, perhaps no town has a funnier history than Trickham.

At one point, Trickham was the epitome of the wild wild west. There were cowboys, Indians and a man named John Chisum.

Chisum was one of the biggest cattle barons in Texas and even helped take down notorious outlaw Billy the Kid.

Back then, though, the town's original name was Mukewater, because Mukewater Creek runs right through there.

Around the time of the Civil War, Mukewater was one of the most popular stops along John Chisum's cattle trail, which meant a lot of cowboys saddled up their horses and rode right through town.

However, most cowboys made a pit stop at the general store and saloon in town to pick up some whiskey. The store was run by a man named Bill Franks, who was a hustler and the reason this place is called Trickham.

Franks didn't mind selling those cowboys all the whiskey they wanted — mostly because he wasn't selling them whiskey. Instead, he was bottling and selling highly watered down whiskey, using water straight from Mukewater Creek.

Luckily for Bill, those cowboys were just passing through never to return, so with no repeat customers, he was able to pull the same stunt over and over.

Soon enough, word got around about those phony drinks, and everyone knew when the cowboys came through town Bill Franks would "trick 'em."

Thus the name "trick 'em" became Trickham and the town was born.

Today, a church, community center and a handful of people remain in Trickham. As does Mukewater Creek. So, if you want a taste of what it was like to live in Trickham 150 years ago, fill a glass with the infamous Mukewater and toast to one of the best and weirdest named towns in Texas.

RELATED: Cut and Shoot, Texas: How a church fight gave this city its unusual name

RELATED: Reklaw, a Texas city that knows how to turn things around

RELATED: Welcome to Bug Tussle, Texas. How'd it get a name like that?