He was told Down syndrome would limit him, but Dallas man shows he can juggle anything that comes his way

Nicholas Ensminger grew up mesmerized by the circus. 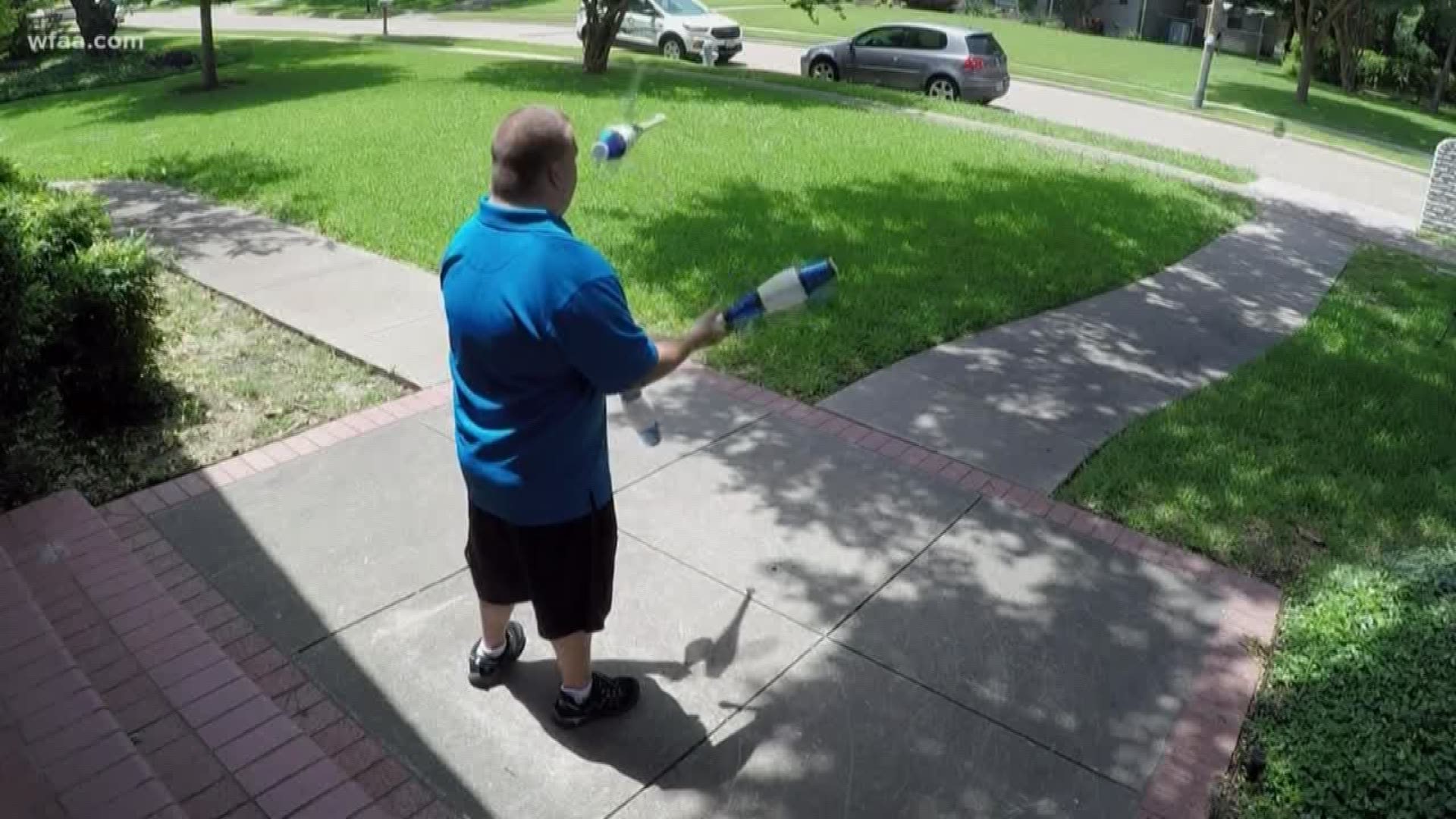 Living with Down Syndrome is not the end of the world. When Sharon Ensminger’s doctor said that her youngest son, Nicholas, would never be successful, it sure sounded that way.

“He just wasn’t all that warm and friendly, if you will,” Sharon said. “Who tells a newborn’s mom that they can’t do something 16 years later? How do you know? You don’t.”

That prognosis couldn’t have been more wrong. Nicholas is now 24 and a jack of all trades.

He does his own chores, works two part-time jobs and is learning how to live independently at the Notre Dame School of Dallas.

Nicholas rarely slows down. In fact, growing up, only one thing was powerful enough to stop him in his tracks.

“The circus,” Sharon said. “Watching the clowns and he was just mesmerized by them.”

Specifically, Nicholas was captivated by juggling. Not just watching it, but he truly believed he could juggle. So he tried.

“I’d be grocery shopping, he’d be behind me or whatever and I turned around and he’s juggling oranges, apples, walnuts, whatever he could,” Sharon said. “I’m like, ‘Nicholas, you can’t do that!’”

Nicholas never so much as bruised a tomato because he is a remarkable juggler.

Nicholas is completely self-taught he learned most of this from YouTube. Twenty-four years ago, however, a told doctor said this kind of skill was impossible. It’s clear Nicholas has accomplished something we could all learn from.

That’s why, it’s no longer a question of what can’t he do, but rather what will he juggle next?

“No chainsaws, no fire, no daggers or knives,” Sharon said. “I’m not ready for that yet.”

RELATED: Her bag was stolen. The homeless drug addict who returned it would become one of her closest friends.

RELATED: Rise and Shiner: Special needs teacher surprised with a big 'thank you'

RELATED: She's on a mission to change the world, one donation at a time