The DFW G.I. Joe Show is this weekend, June 8-9 in Grapevine. 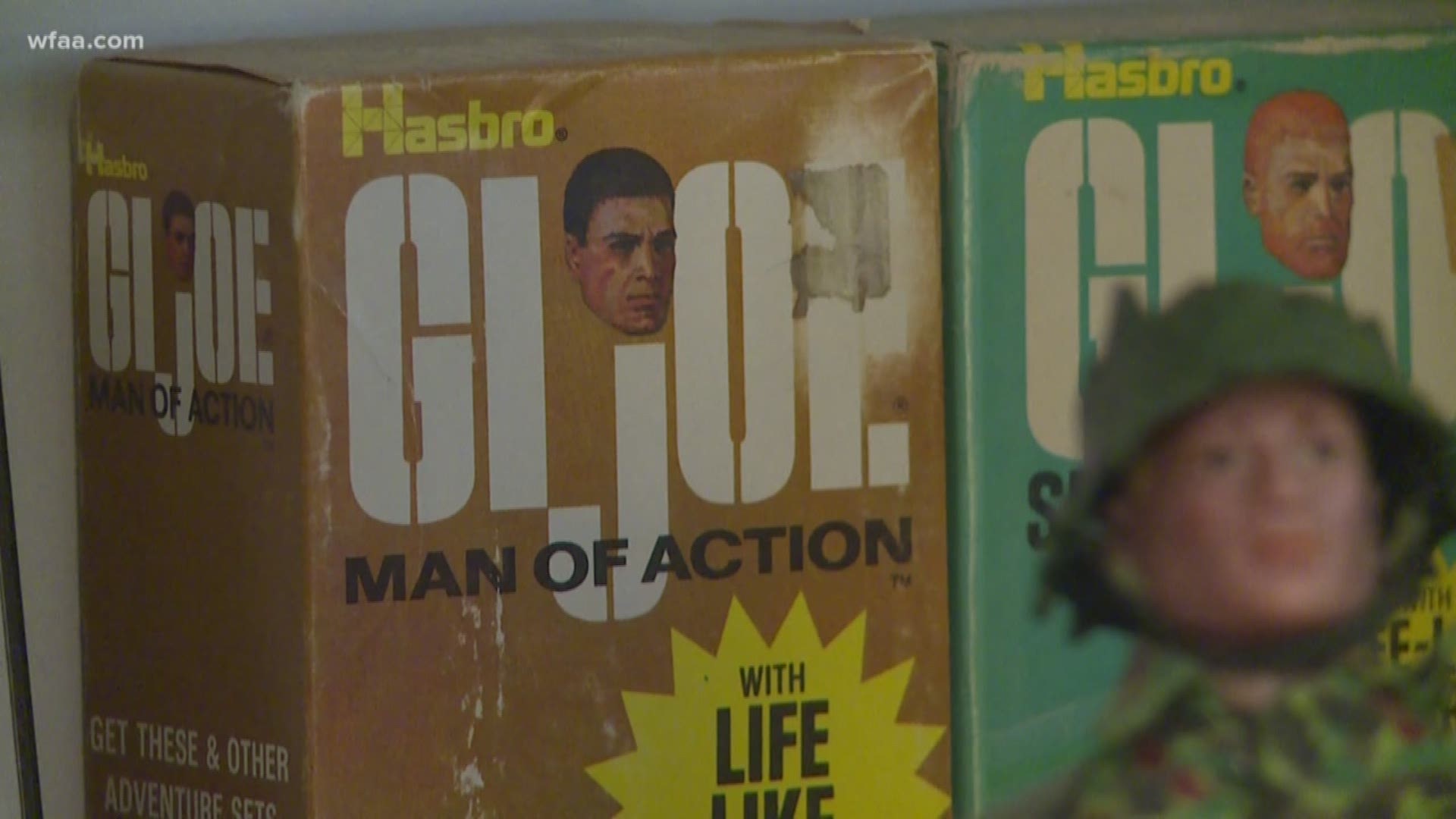 ENNIS, Texas — During a hailstorm, Greg Brown crosses his fingers, because he renovated his garage to make room for all the G.I. Joe action figures he has collected.

“I park outside now,” he said. “I could always get another car. It’s harder to get another G.I. Joe.”

So what would his wife call it? “Yeah, my wife would say it’s an obsession,” he chuckled.

Greg’s G.I. Joe fascination began at four years old when he got an avenger pursuit craft for Christmas.

“It was just one of the toys that really stood out to me as a kid,” he said.

Greg says he is not alone.

This weekend is the eighth annual DFW G.I. Joe and Action Figure Show in Grapevine. Hundreds of G.I. Joe and other toy enthusiasts will be there.

Greg says it’s not just for guys like him.

“Just seeing a dad with his son and the son being in awe and getting a toy and experiencing that to me that’s priceless.”

It’s that sense of wonder he hopes to inspire at this weekend’s show.

Because even though G.I. Joe is no longer sold in stores, everyone who comes to the show can find something to love.

RELATED: Crowley ISD students break down barriers, build up each other in Panther Olympics

RELATED: 80-year-old cowboy finds a way to get back in the saddle