It all started with a hug. 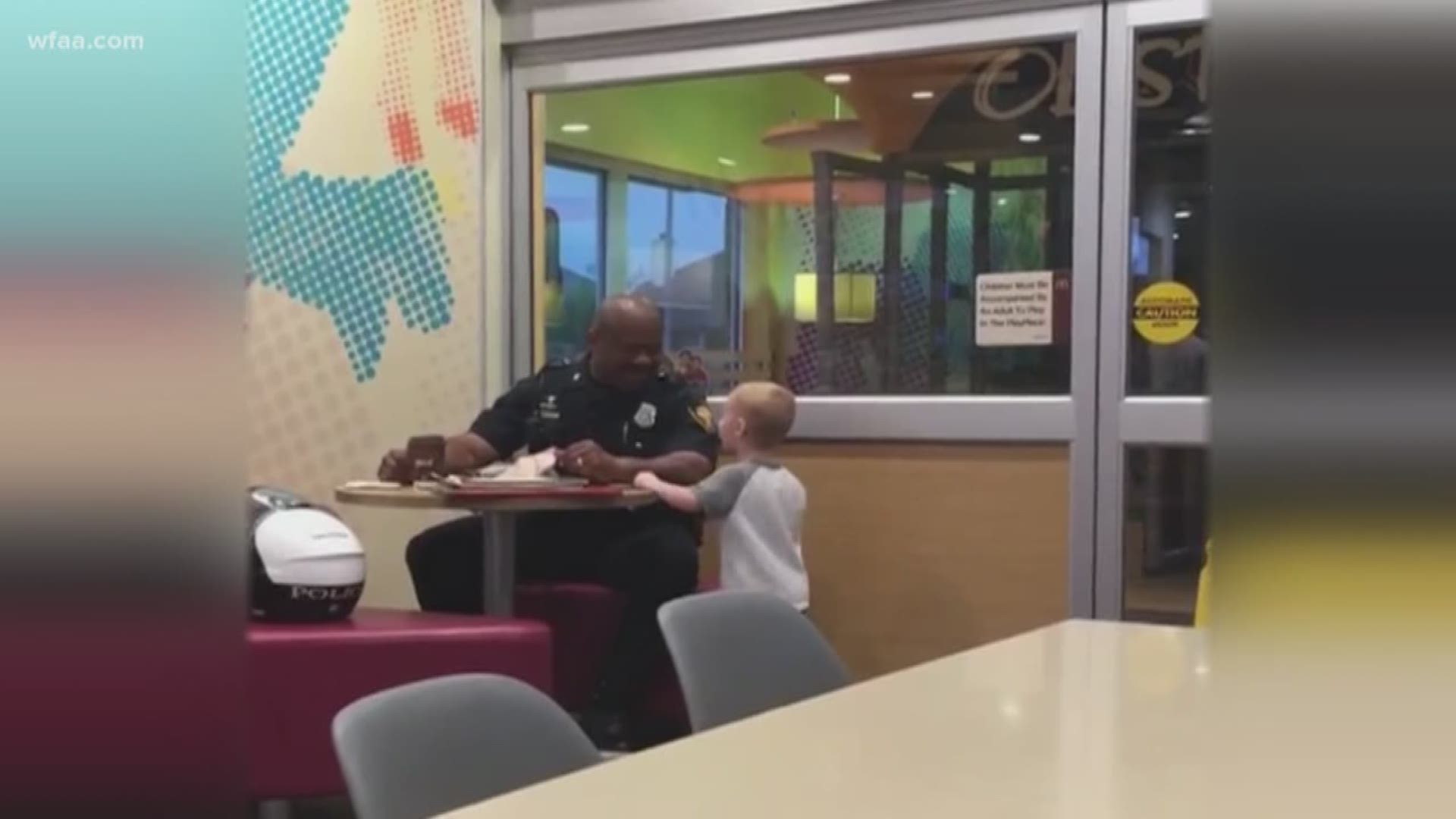 Not many 5-year-olds know what they wanna do with the rest of their life. But TJ Hubbard had it figured out way back when he was just three.

How did he know at such a young age?

"Because I could talk," he said.

TJ's dream is to be a police officer and it all started at a McDonald's.

As we first reported last year, TJ was eating breakfast with his mom when he noticed 20-year Fort Worth police veteran Anthony Colter sitting alone. That's when TJ approached officer Colter and asked for a hug.

TJ got his hug that day and the video resonated with people all over the country. After that, TJ and officer Colter were inseparable.

They've eaten lunch together, had school visits and even exchanged presents at Christmas.

That all happened more than a year ago and TJ's dedication has only grown deeper since.

Today, he still sees officer Colter a couple of times a month and his bedroom is covered in police pride.

"It comes up all the time regardless of if he’s seen a police officer lately, if he’s at school or anywhere he is that’s all he wants to talk about or look for,” said TJ's mom, Jamie Hubbard.

Obviously, that hug had a big impact, especially on officer Colter.

"For a 5-year-old to do that you know that it's strictly from the heart," Colter said.

TJ had no idea the depth of officer Colter's appreciation, but last week he found out in a big way.

On Thursday, Fort Worth Police Chief Ed Kraus made TJ an honorary member of the force.

He got a real uniform and even his own Fort Worth squad car, a small battery-powered toy version.

TJ says there's no doubt he's chosen the right profession and this friendship has reminded officer Colter he chose the right one, too.

"It keeps me going, it keeps me motivated, keeps me inspired and lets me once again realize that the job we do is not in vain," Colter said.

Not in vain and clearly never more appreciated.