Forget the fees! Fort Worth libraries do away with overdue fines

There's no such a thing as an overdue book any longer at the Fort Worth Public Library, and 18,000 accounts that were blocked for overdue fines are now in the clear. 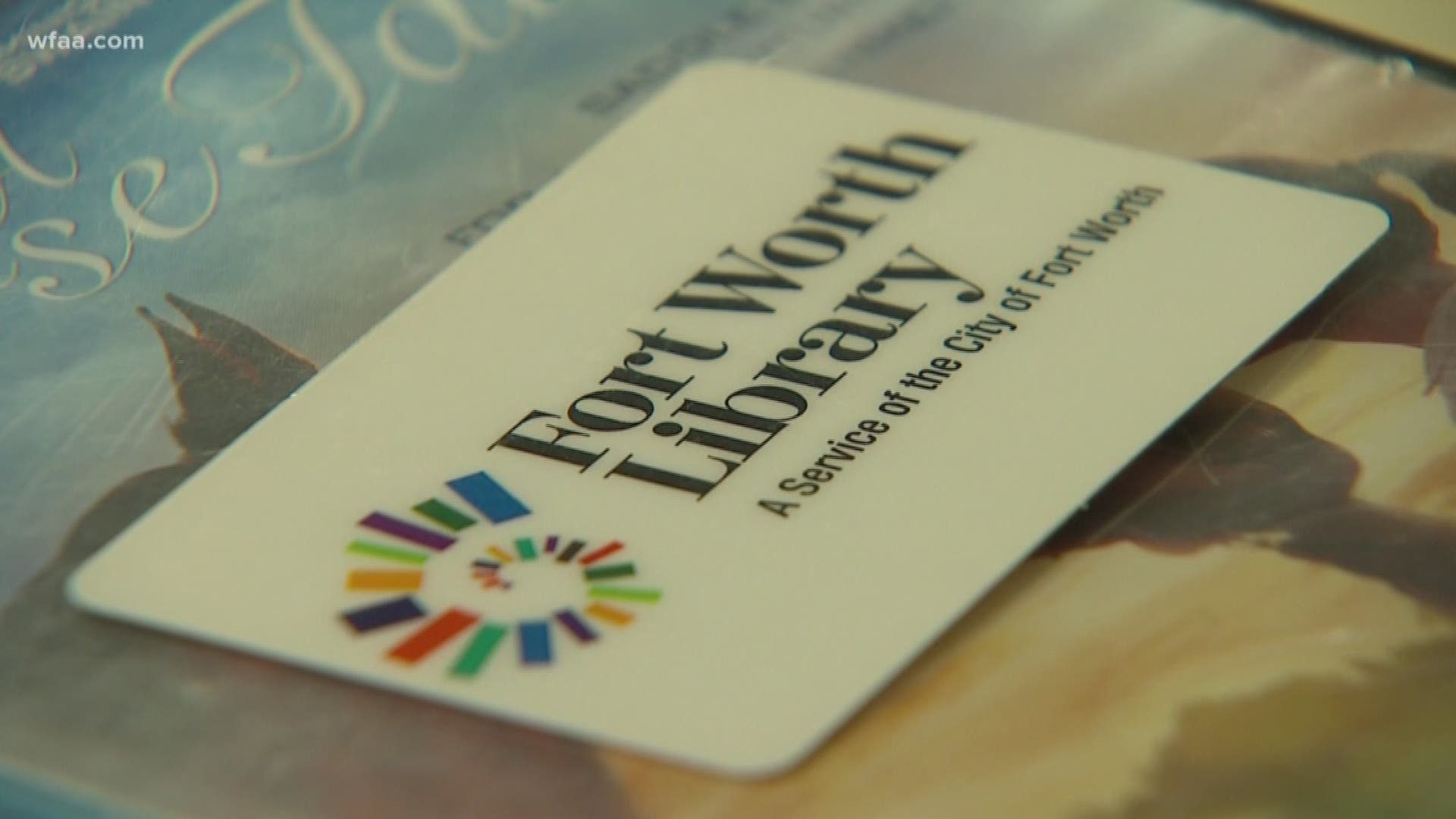 FORT WORTH, Texas — It’s supposed to be one of the most welcoming places a city can have.

But in Fort Worth, library leaders say something was keeping people away.

Fines from overdue books, movies and more had blocked the accounts of 18,000 people. All it took was a $5 unpaid fine for an account to be blocked, meaning people could no longer check out library material.

“There is no evidence that shows overdue fines bring items back,” said Library Director Manya Shorr. “We all believe it because we’ve all been doing it our whole lives, but it just isn’t true.”

So as of this month, fines are no longer a thing at Fort Worth’s 17 library branches.

“Salt Lake City Library in Utah eliminated overdue fines a few years ago,” Shorr said. “What they discovered is that a year after doing it, more people were using the library and more people were returning items.”

It’s true for libraries here in North Texas, too. After ditching fines, Plano has seen visitors jump by 16% and Dallas reports a more than 37% jump.

Shorr acknowledges that fines brought in $250,000 to the City. She says she will work to find other ways to bring in that money, including looking at extending passport office hours and locations and holding more private events at the library.

“I just don’t want it to be on the backs of people reading books,” she said.

Adults will still be charged if they don’t return items after 90 days, as they will be considered lost and will need to be replaced. When those fees get to $50, cards will be blocked.

Rebekah Momoh, a self-proclaimed ‘library lover,’ said she feels this is a great idea, pointing out the freedom a fine-free library will give families.

“It's going to allow them an opportunity to read again,” she said.