Mesquite teacher goes above and beyond, crisscrossing the neighborhood to connect with his students

Earl Wilson was hired in July but already considers his students like family. 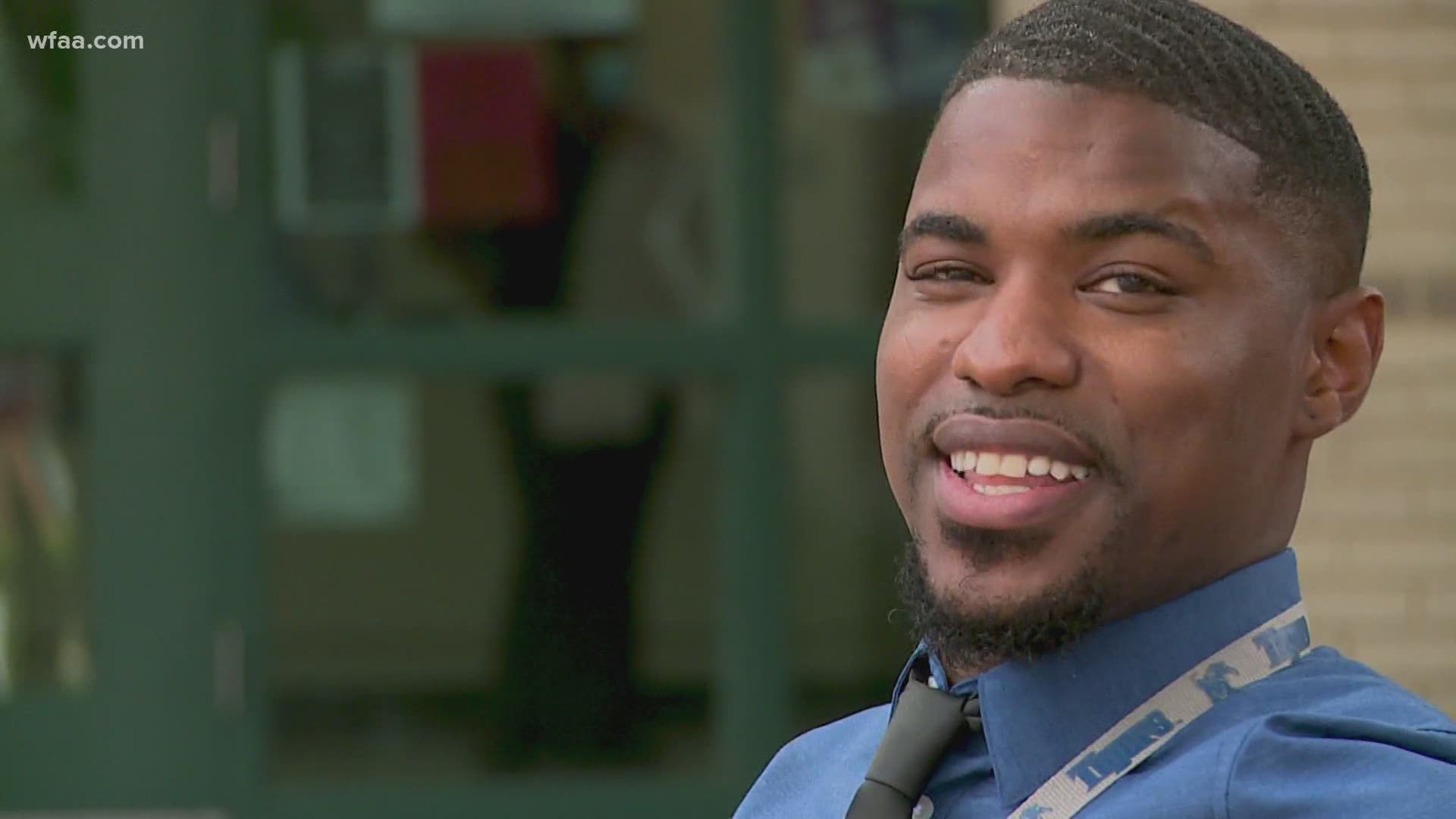 For teachers all over America, managing a class through the internet isn’t easy.

“When you stay out all night and then you have to be at work at 6 a.m., that’s what it feels like,” Wilson said. “Every day.”

Mr. Wilson is the newest teacher at Thompson Elementary in Mesquite.

He says he can handle being tired because what really worried him was being rejected.

“I told my principal, ‘I’m afraid I’m going to be the teacher with one student just because I’m new and nobody’s going to care to come to this guy’s class,’” Wilson said.

Fortunately, that hasn’t been a problem.

Not one student has been late so far this year. In fact, even though he’s never actually met his students in person, Mr. Wilson may be the most loved teacher in the building. Partly because he’s great in the classroom, but mostly because he’s even better outside of it.

As often as he can, Mr. Wilson loads up his car, drives to his students’ houses, and delivers kindness.

Need a word of encouragement? He’ll leave a note. Can’t afford school supplies? He’ll buy some and drop them off. If it’s your birthday, expect a present at the door.

He does it all on his own time and at his own expense.

“Elementary students, they can’t see the time you put in. Half of ‘em think I work for free anyway, ya know,” Wilson said. “And that’s OK because I had a teacher like that who did that for me when I was in the third grade and it’s the reason I’m a teacher today.”

Mr. Wilson says going the extra mile doesn’t have to mean going way out of the way. In fact, much of what he gives his students is small and inexpensive.

His hope is that when they look back, years from now, they’ll find something far more valuable.

“They can’t see all these small things and that’s OK,” Wilson said. “Like my grandmother taught me, you may plant the seed today, it may not grow until five years from now. They’ll remember COVID and they’ll remember that’s why that crazy man was coming to my house with those bags.”

“If I found out that these kids were acting positively based on what I did in 2020, that would just mean everything to me.”

Any teacher can provide an education, but only a special few can deliver a future.