Denton ISD came up with a tasteful way to put some new life into one old bus. 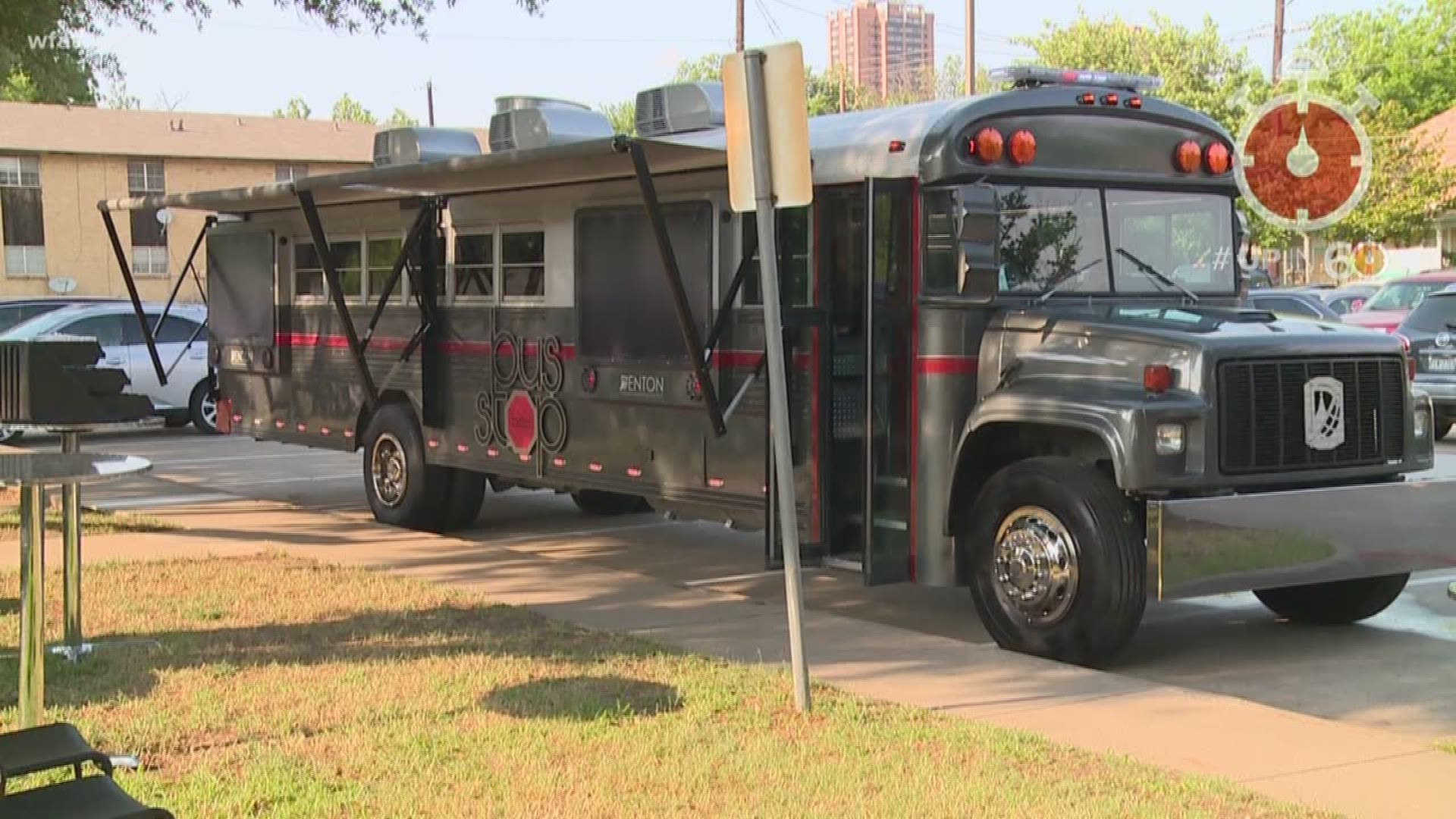 DENTON, Texas — When school buses are retired, they usually end up at auction or in a scrapyard, but Denton ISD came up with a tasteful way to put some new life into one old bus.

It’s called the Bus Stop Bistro. As far as we could find, it's the only food truck of its kind in north Texas. It was the brainchild of culinary arts instructor Tonya Tivis and principal Marcus Bourland.

"This was an opportunity to do something super innovative," Bourland said.

The goal is to give students a taste of the real world. While culinary students may be driving the bus, there were many cooks involved in this kitchen.

From architecture, automotive, engineering and welding, everyone brought something to the table. "So it was really the whole school coming together to develop something,” Bourland said.

The bus stop bistro officially rolled out at this week's school board meeting. But, really, how good's the food?

"This bus bistro will rock any circle of food trucks they go to,” said one school board member.

They plan to serve their food all over the district and at festivals throughout the area. They hope it will inspire other students to get involved and jump start a potential career.

RELATED: Wizard Wells: A Texas town where magic flows in the water

RELATED: With only a magnifying glass in hand, Keller man credits art hobby for saving his life

RELATED: 'Abigail’s Beads that Feed': 7-year-old on a mission to feed the hungry