Camden, aka Superman, was born with a rare condition, Amelia-Phocomelia Syndrome. His arms and legs never fully formed. 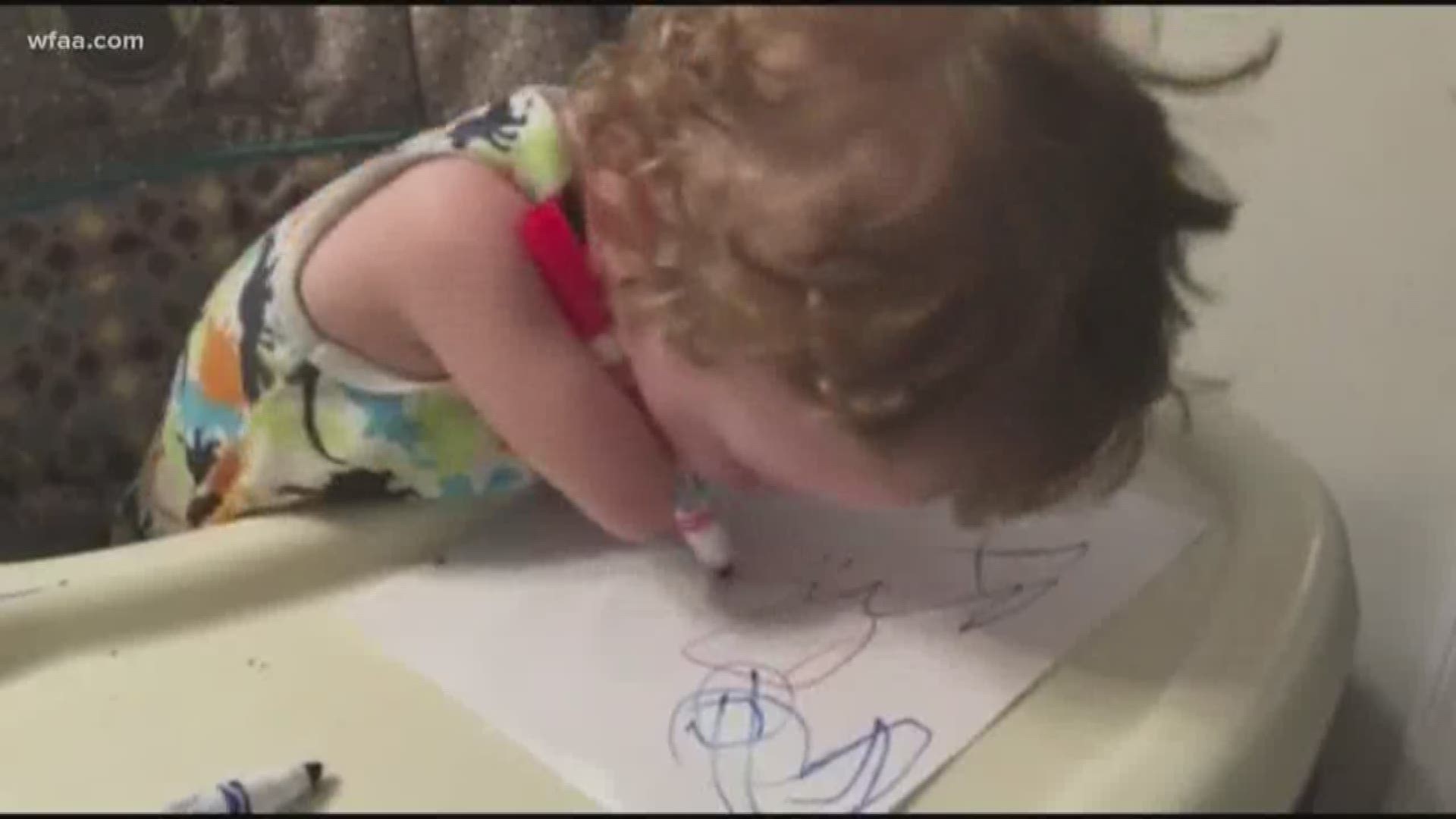 A four-year-old boy in Denton is quickly becoming a viral sensation on the internet. His parents hope that it's just an indication of the remarkable life and possibilities still ahead for a child born with the odds stacked against him.

"Dad I'm flying," Camden said to his dad, Cole Greene, as the two played on a swing set at a playground in Corinth in Denton County.

Camden, aka Superman, was born with a rare condition, Amelia-Phocomelia Syndrome. His arms and legs never fully formed. And his mom, Katie Whiddon, said she was pressured by some friends to end the pregnancy once an ultrasound confirmed the diagnosis.

"I made an appointment," she said of the abortion she was considering at the time. But after prayer and a weekend away to decide on her own without the interference and influence of others, she made the decision to carry Camden full term.

"I prayed to have a baby my whole life. I've always wanted to be a mom. I didn't want to hurt my baby by making him go through this in his life. But I felt selfish because I needed him. I just needed to meet him," she said.

Camden was born Oct. 2, 2013. And Katie Whiddon never regretted her decision. "He shows me every single day I made the right choice," she said.

Videos of Camden walking, writing, proudly fending for himself, and helping take care of his little sister Ryleigh and infant brother Jaxton have now been viewed online by millions. Katie Whiddon started a website and blog called AdmirablyDiverse.com. Now she sees her son as an inspiration to other kids just like him.

"We're raising Camden to be independent," she said. "We're trying to raise him to be as independent as possible. Because we don't want him to have to depend on anybody else."

But in their attempt to show a happy and healthy child, they admit that sometimes there are still haters on social media who question their choice and Camden's future quality of life. Well, to those doubters they point to inspirations like Nick Vujicic, a world-famous motivational speaker born with the same syndrome. And people like Kyle Maynard, also born with shortened arms and legs, but now a successful author and famous mountain climber.

"And I'm like, 'If he can climb mountains, I'm pretty sure that Camden can do anything,'" Whiddon said.

So the kid who walked and climbed and slid on his own at that Corinth park on a Tuesday afternoon, has a life ahead of proving anything is possible.

"So I expect great things out of him," his dad said. "I just know that God has brought us to this very moment for a plan and for a reason. And Camden has an amazing plan waiting for his life. And I tell him that all the time. We tell him that every day."

"And I strongly believe that Camden's purpose is to help people and to give them hope," his mom said. "It's great and I love it. And I love Camden."

Hope from a four-year-old born, perhaps, with some odds stacked against him, but just like everyone else, with a lifetime of possibilities waiting for him too.