When Dalton Westray had to miss his HS graduation for his Army field medic ceremony, his dad got creative 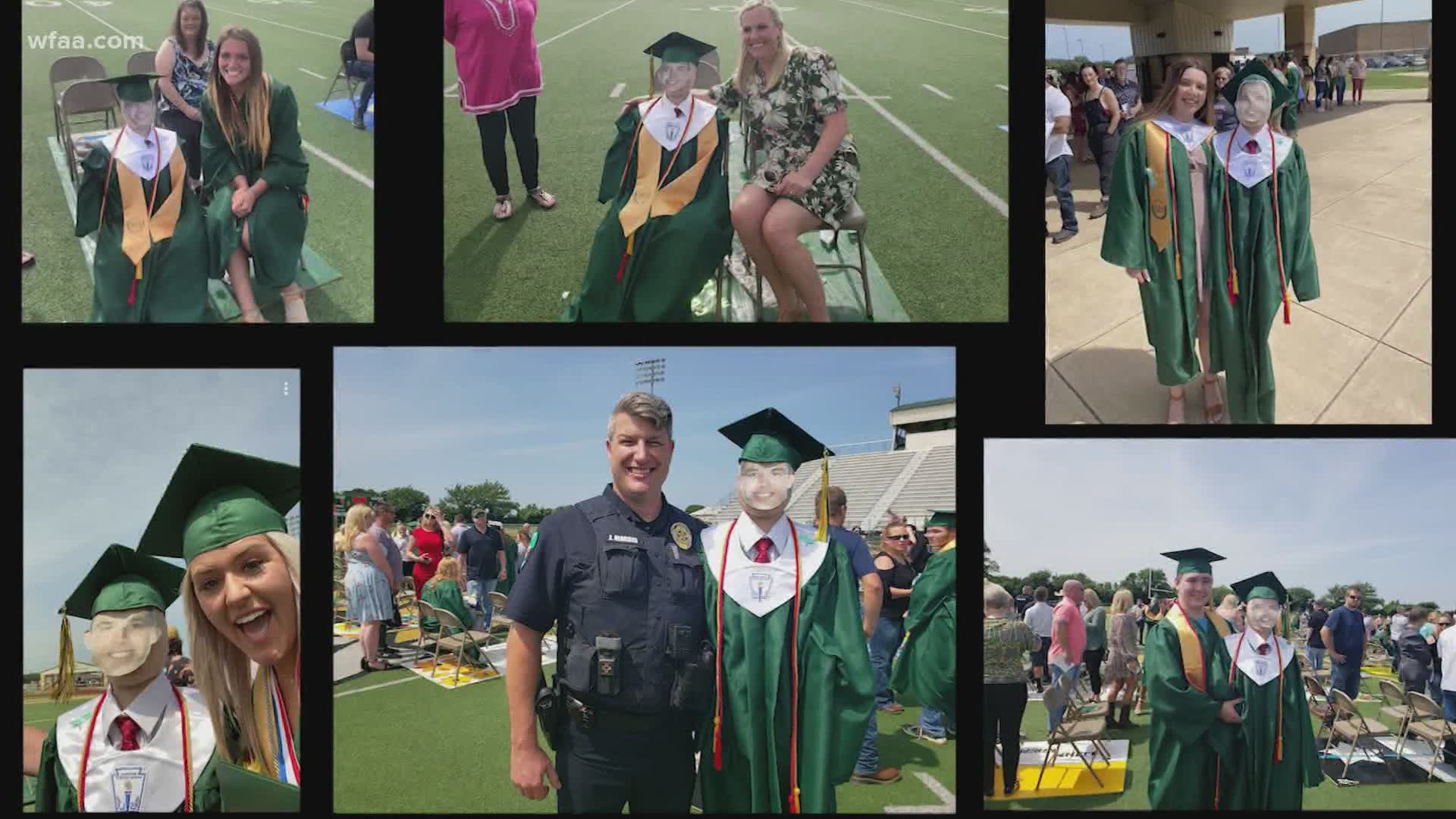 All over America the coronavirus has been no match for the class of 2020.

However, as the seniors at Boyd High School gathered to celebrate, one graduate was notably absent.

“He wanted to come back and walk the stage with all of his friends,” said David Westray. “It really broke his heart. It broke all of our hearts.”

Westray’s son, 18-year-old Dalton Westray, was destined for a life of service.

Born the day the towers fell on 9/11, the kid’s heart and his bedroom are decked in red, white and blue.

Last year, Dalton followed his calling and joined the Army.

“I’ve met several people that that’s the reason they joined was because of 9/11,” he said. “I believe that we all have a purpose in life and I feel that being in the military is my purpose.”

Dalton, who’s an Army PSC 68 whiskey emergency combat medic, finished his high school classes in December and the only thing left was to walk across the stage at graduation.

Unfortunately, Dalton’s Army field medic graduation was the exact same day in San Antonio. He was required to quarantine on base, meaning there was no way he could make it home for his high school graduation.

So, his dad did something unusual.

“We wanted to be there to help support the other kids,” Westray said. “And then, just about four or five days before the graduation, I decided to take it one step further.”

Westray teaches CPR so, in Dalton’s absence, he grabbed one of his CPR training dummies, taped Dalton’s picture on the face and walked his son across the stage.

After the ceremony, Dalton’s friends and teachers were lining up to take pictures with his stand-in.

“He’s more popular than I am at this point,” Dalton joked.

It seems silly, but Dalton says it made not being there easier. He says it’s nice to know how much people care but, more importantly, it’s reassurance that he’s chosen the right path.

“They answered that call 18 years ago, and it’s my turn to answer that call and step up to the plate and do my part.”

That’s how to graduate with honor.