After brush with death, Dallas man rides through life thankful

Jim Crawford says his perspective changed after surviving a stroke earlier this year. 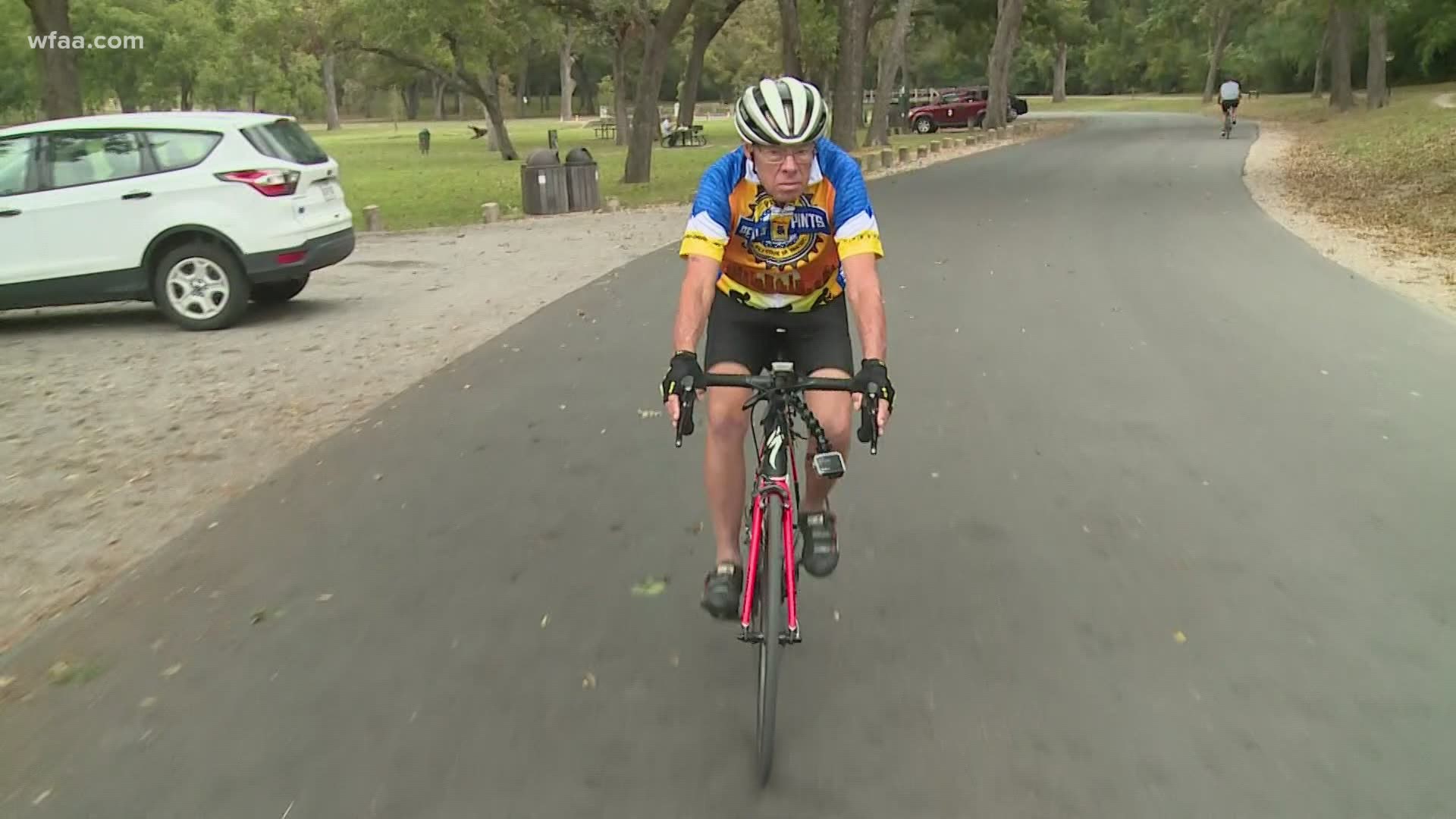 For retired business owner Jim Crawford, life was just rolling along. Until earlier this year, when it all came to a screeching halt.

“I mean, that’s probably as close to death as I can ever recall anybody telling me I was,” he said.

It was after one of those long rides, however, his wife noticed something was wrong.

“He turns around to tell me something, and the minute he turned around to tell me, it came out gargled and he was drooling out the side of his mouth, and I immediately knew he was having a stroke,” said Anne Crawford.

“It was a bad stroke,” said Joshua Thatcher, an interventional neuroradiologist at Baylor University Medical Center. “It was a major stroke and one that definitely could’ve taken his life.”

Thatcher said Jim had almost no blood going to the left side of his brain, and there was no guarantee he was going to be ok.

“I waited my entire life to find him,” Anne said. “I could just see our life disappearing. The life we had created together.”

Fortunately, because she was so quick to call 911, doctors were able to save Jim’s life. In fact, within a couple days, he was already feeling better.

But no one was yet sure if there would be any serious, long-term effects. Until a month later when Jim’s wheels started turning.

Within a few weeks, Jim was back on his bike, and he’s already back to riding 30 miles a day.

Miraculously, his brain suffered no significant damage, but he says his heart was profoundly changed.

“I use 'please' and 'thank you' a lot more than I ever did before,” he said. “It’s what I can do that maybe takes the tension of the world down a little bit, by being pleasant.”

Before the stroke, Jim says he let life pass him by without truly being thankful, but now it’s pretty clear, he’s embarking on a joy ride.