Lauriston Crockett IV got his own show after stepping in for his dad. 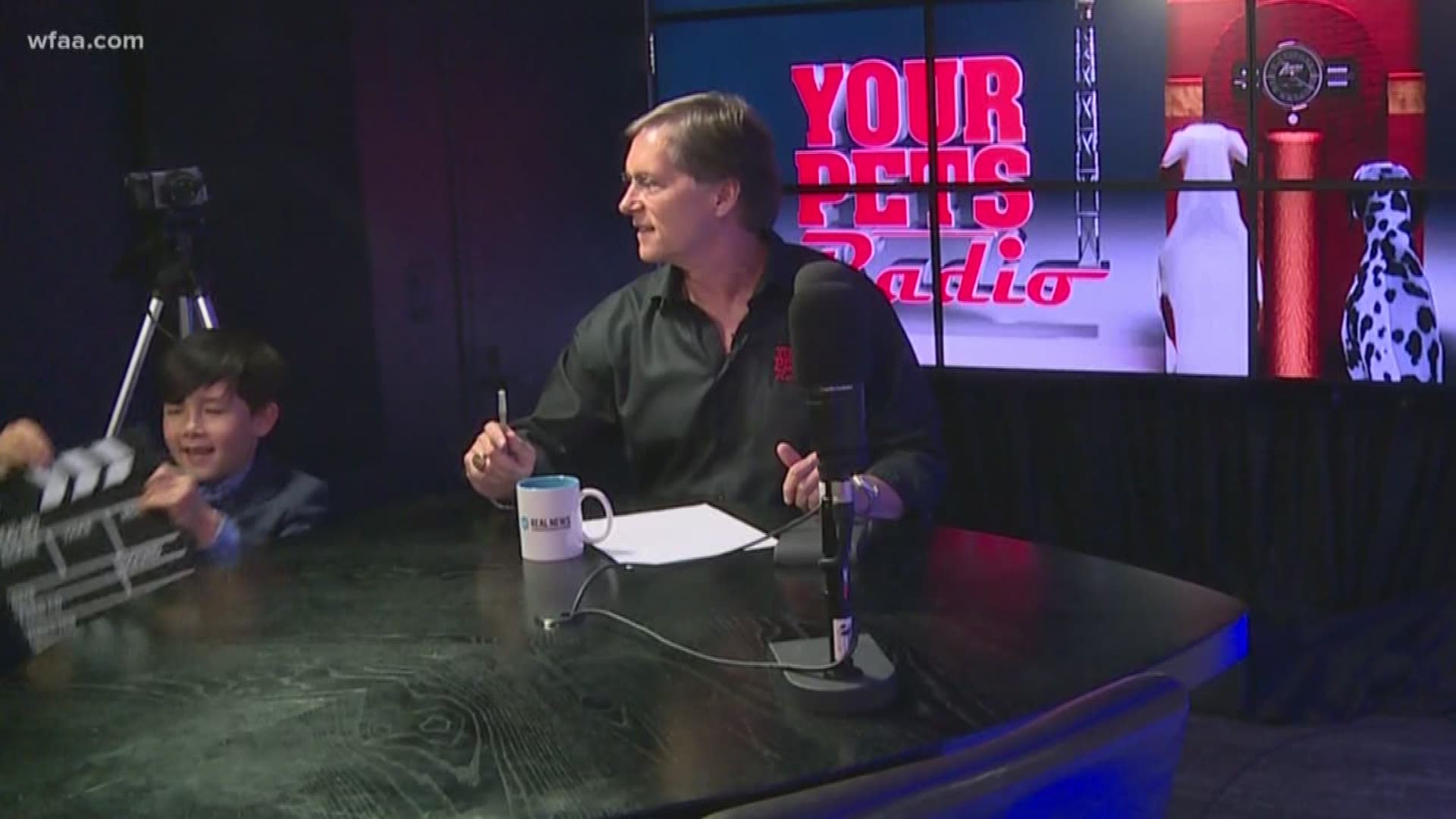 Sometimes that even means bringing him to work.

Lauriston is a pet health expert and hosts a podcast called “Your Pets Radio,” and his son is deeply captivated by his dad.

“It warms my heart,” Lauriston III said. “When he was born is when I really realized what love was all about.”

“I love him more than anybody else in the whole entire world,” Lauriston IV said. “I want to be just like my dad.”

That’s why, not long ago, when his dad was scheduled to be a guest on a different podcast, 8-year-old Lauriston stopped him in his tracks.

“He literally reached over to me on the mic and just gave me a little pat and says, ‘Daddy, I got this,’ and sat down and took over the lead chair,” Lauriston III said.

Little Lauriston was such a hit that he was invited to come back as a host.

People like Burton Gilliam from “Blazin Saddles,” Football Hall of Famer Tim Brown and Cowboys’ legend Ed “Too Tall” Jones have all been guests on Lauriston’s show, “Celebrity Interviews With Milk and Cookies.”

Truthfully, though, having his own podcast was never about celebrities or cookies. It’s always been about something sweeter.

“It’s a great way to show my dad that I love meeting people and traveling with him and I just love my dad,” said Lauriston IV.

Which is why, no matter how many famous people he interviews, his favorite celebrity will always be dad.

Click here to learn more or listen to Lauriston’s podcast.