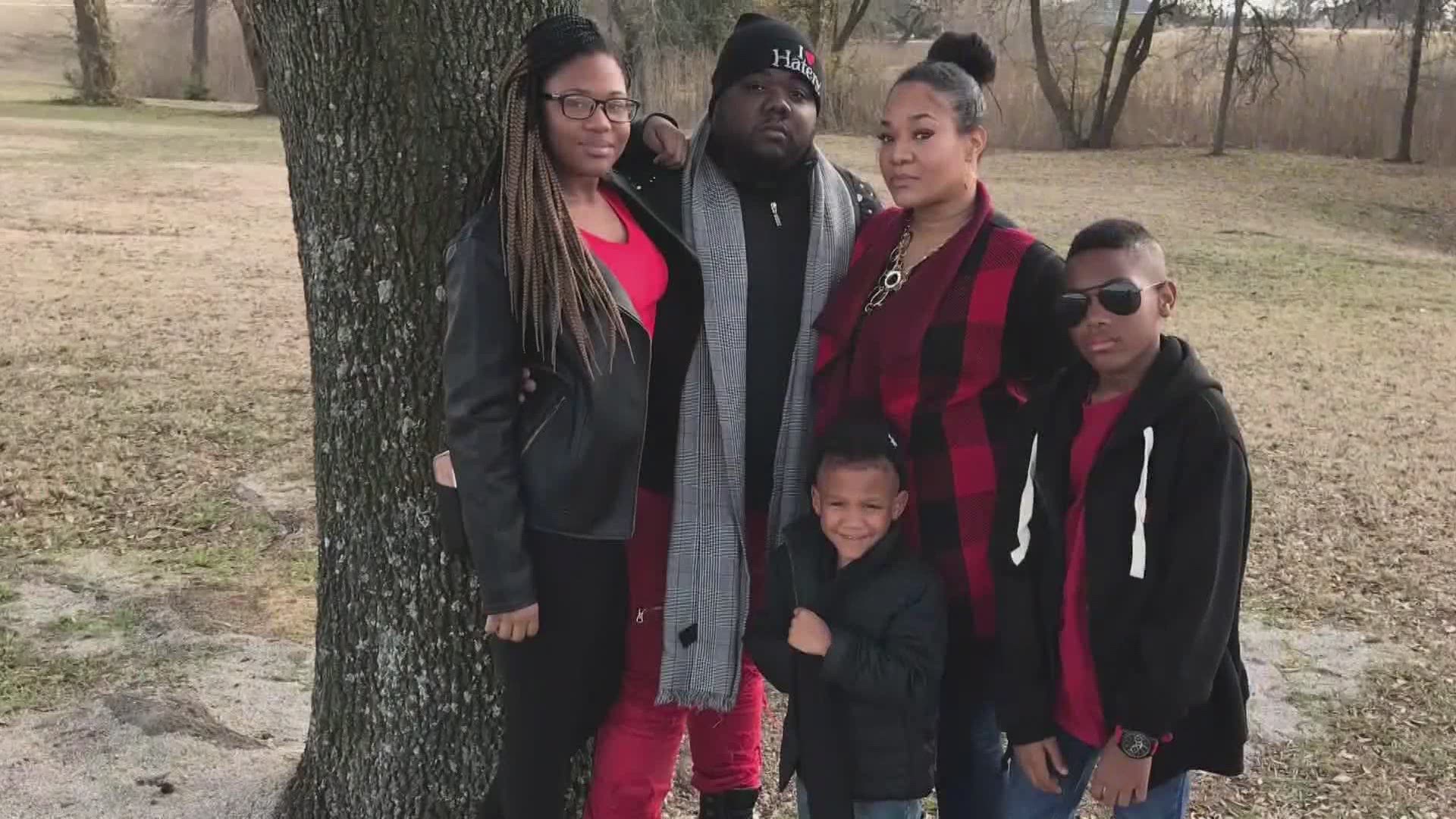 As a two-time Grammy award-winning producer, Rickey “Slikk Muzik” Offord, has worked with a lot of talented artists like Ariana Grande, Chris Brown, and Tori Kelly.

But Offord says nothing makes him prouder than his recent work with a relatively unknown up-and-comer.

“He really reminds me of me on steroids,” Offord said. “I was like him, but he’s way more advanced than I was.”

Who is this prodigy?

A second-grader he calls son.

Eight-year-old Rylen Lester is a student at Lake Ridge Elementary in Cedar Hill.

According to his parents, Lester was born with a song in his heart.

“The daycare called me when he was 6-months-old and said, ‘it’s naptime but Rylen’s doing something really strange with his mouth,’” Lester’s mom, Daria Offord said. “And I said, ‘Oh, he’s beatboxing.’”

“I like music to the moon and back,” Lester said. “And it makes me dance. Get into the wiggles and the jiggles.”

In fact, Lester often stays up way past bedtime just to watch his dad work.

“They’ll stay in the studio until three in the morning,” Daria said.

“Everybody else in the house is asleep but him and me,” Rickey said. “And he’ll just come in here, and he’ll just watch me.”

They say that’s the amazing part.

Rickey isn’t Lester’s biological father, but the two have formed such a deep bond it almost defies explanation.

“I want to produce music like my dad,” Lester said.

“They really are a match made in heaven,” said Daria.

That’s why the two recently released Lester’s first song on iTunes called “The Way I Do.”

Lester’s entire school got to hear it, too.

“It just came on the intercom,” Lester said. “I was so surprised.”

Rickey says he always dreamed of having kids but never imagined this, to be loved like this.

“Rylen just came right in and gravitated to me,” Rickey said. “It felt like we’ve been since birth.”

“I’m glad that my God blessed me with this dad,” Lester said.

Which is why, no matter how many Grammys he wins, his greatest honor will always be dad.