Callie Welty plans to use her winning scholarship to study communication. 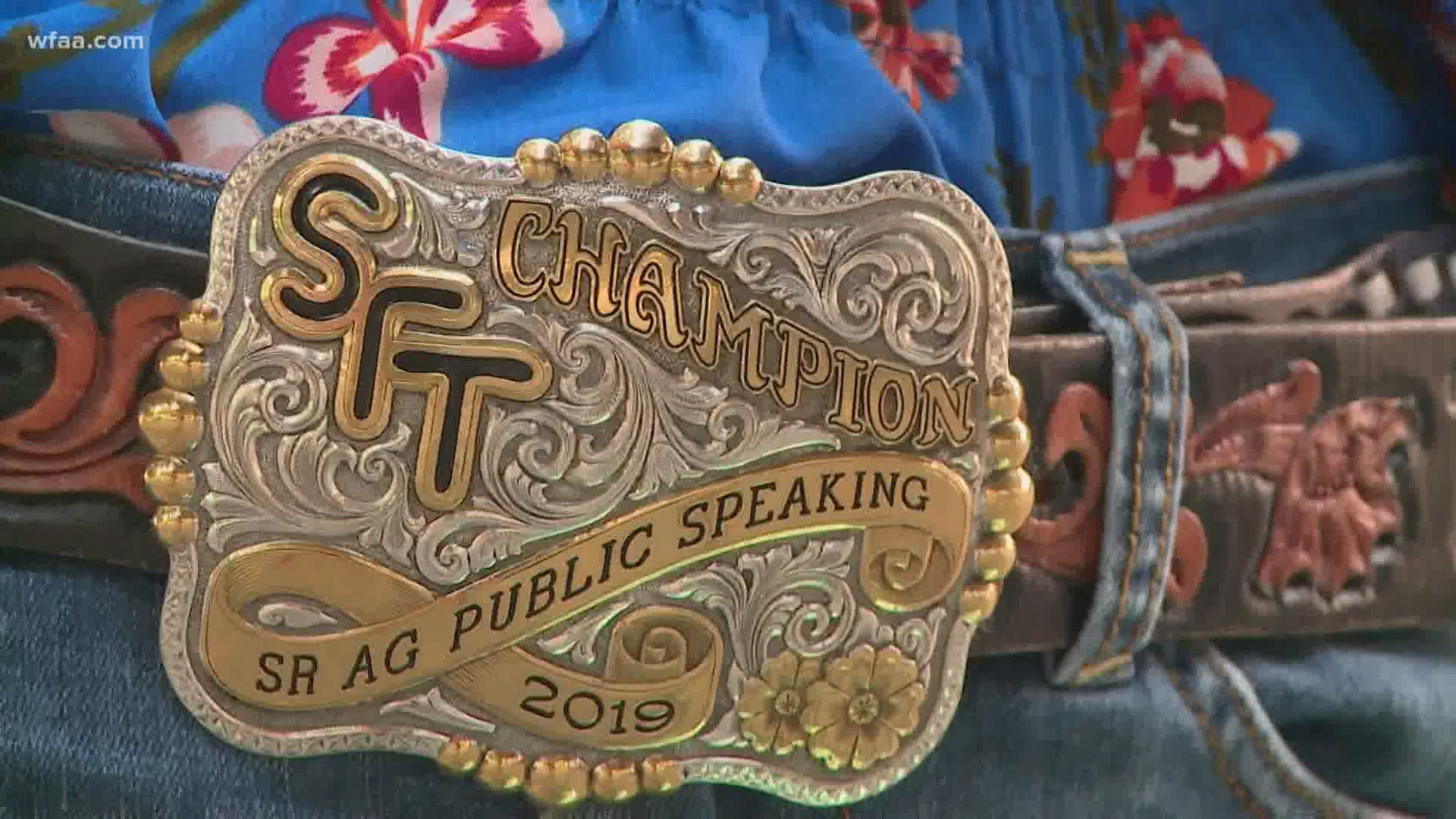 Like a lot of kids who show animals at the State Fair of Texas, 16-year-old Callie Welty wears her heart on her belt buckle.

Callie, a junior at Grandview High School, has won enough livestock awards over the years to fill a farm. But what makes her most proud is her success in a different arena.

“I never thought that a person could bounce back from rock bottom, but just here I’m living proof,” she said.

Callie was born with a severe hearing impairment. She’s deaf in her left ear and mostly deaf in the right and doctors said she would never be able to speak. They even suggested she belonged in a deaf school.

But her parents, David and Gwen, took a different approach and encouraged Callie to try public speaking, sometimes in the most unusual places.

“My mom, when I was young, we would go to the grocery store, we’d just be walking down the aisle and she would pick out a random lady and say, ‘Give your speech to her right now, go,’” Callie said.

“We made a lot of friends along the way in our community that we didn’t know otherwise that they got to know little Callie who would give her speech on aisle four,” said Gwen Welty.

Over time, Callie’s speech did improve and eventually, she became one of the top public speakers in her school.

It came with a belt buckle and a $5,000 scholarship, which she plans to use toward a degree in communication.

“As far as being proud, man you couldn’t measure it,” said David Welty.

“I’m beyond proud of Callie, but I’m even more proud of the kids she’s helping behind her as well,” added Gwen Welty.

“I’m kind of the role model, the poster child to never stop and to keep pushing and really go after what you want in life,” Callie said.