A 14-year-old in Waxahachie said a classmate cut off a chunk of her hair, so bikers offered to escort her to school for support. 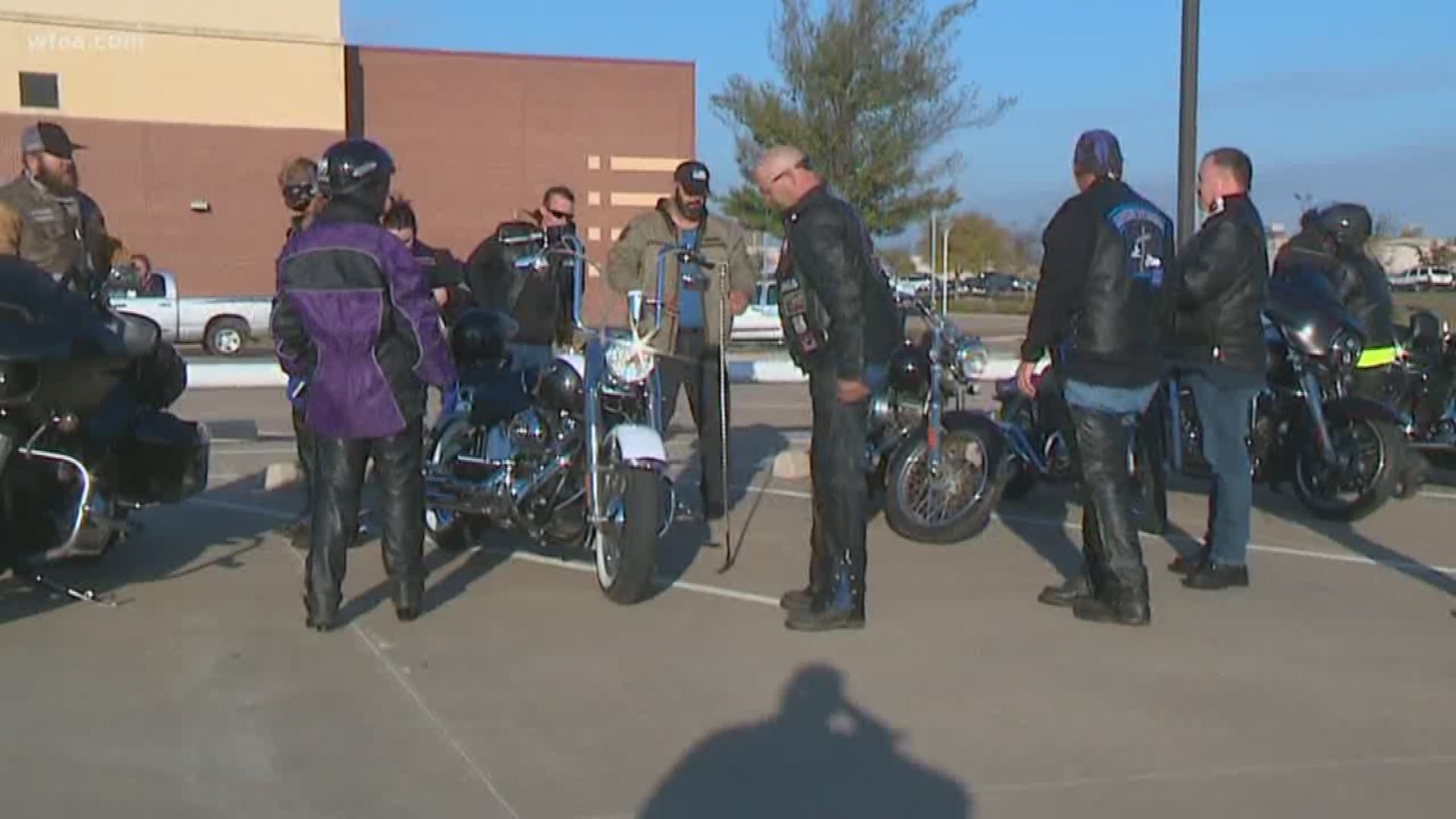 The unmistakable sound of a motorcycle revving its engine brought comfort to a teenage girl from Waxahachie Friday morning.

Every single one of the bikers outside Waxahachie High School Friday was there in support of Burk.

"My daughter is a survivor. She's not a victim. I won't let her be a victim," said mother Dshannon Aday.

Burk, who's a student at Waxahachie High School, said she faced bullying this week.

"We had a situation earlier this week, where another child got up, walked across the room, and took a chunk of hair out of my child’s hair while she was doing her work," Aday said.

But instead of fading away, Burk showed she wasn't going anywhere. Friday, dozens of North Texas bikers, including the Guardians of the Children motorcycle club, escorted her to school in a show of solidarity.

"Our goal here is to give strength and stability to these children that are going through this," said Todd Brisbon, who rides with Guardians of the Children.

A federal study shows one out of every five students is bullied. Another study said the main reasons for being bullied are looks and body shape.

"Bullying is not okay on any level," Aday said.

Waxahachie ISD would not tell WFAA if the accused bully had been punished or where the investigation stood, per federal privacy laws. A spokeswoman said she was pleased with this community response.

"We emphasize anti-bullying throughout our curriculum on all campuses. But when it happens, it’s good to know there are people who care to stand up with kids," said spokeswoman Jenny Bridges.

"People will stop being mean to each other," Burks said is her hope. "People don’t deserve other people being mean to them. It's rude."

And in this fight, she is not alone.