Bank of America's specialized employees fulfilling their own dreams too

"It's a good environment for finding jobs for people with disabilities," said employee Benjamin Spiritas. 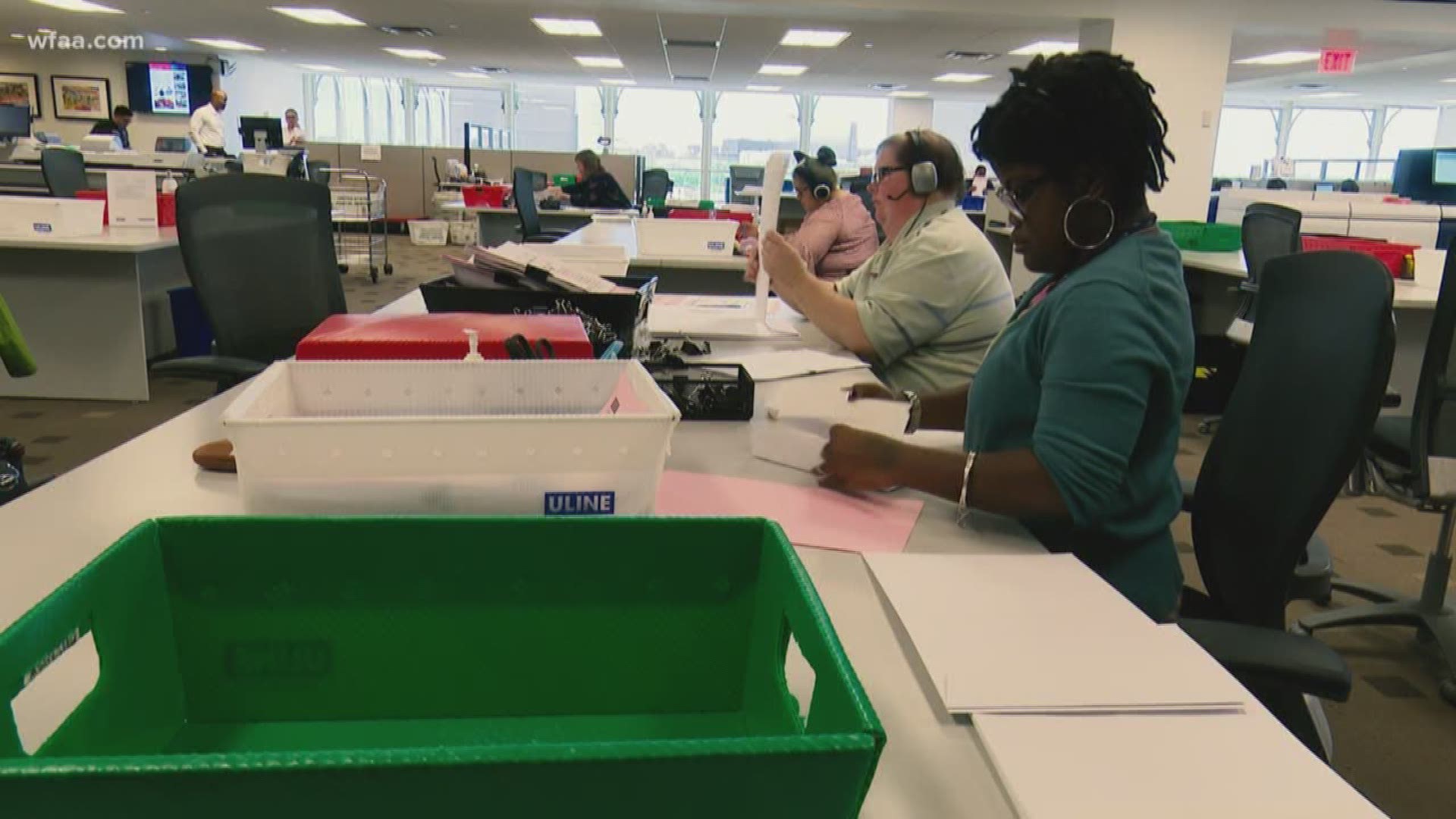 DALLAS -- A dedicated workforce arrives on the fifth floor of the Info Mart in Dallas five days a week to make dreams come true: the dreams of prospective homeowners and their own dreams too.

"There's a lot of things to like about working with Bank of America," said Timothy Adams. "Like all the teammates I have."

Adams is among 75 people with intellectual and physical disabilities who have found work, and a home, in the Support Services division of Bank of America.

They process outgoing mail, double and triple check addresses before mailings are sent - marketing fulfillment operations that employ 300 people across the country at four locations including Dallas. The other Support Services operations are in Wilmington, Delaware, Belfast, Maine, and Boston.

"Well first off, this group has really added to Bank of America's culture of diversity and inclusion," said Marc Woods who supervises the Support Services operations in Dallas. And he is quick to make clear this is not a handout. The employees, with disabilities ranging from autism to Down Syndrome, have improved the workflow greatly.

"We've gone from having a number of errors on a weekly and monthly basis that would cost the bank money to having zero errors over the past six years," said Woods.

Bank of America also prides itself in giving people who might face barriers to gainful employment a chance to earn a living, and find a sense of purpose. They haven't been able to find anywhere else.

"I'm even able to save a little bit and be able may eventually to afford a home," said Adams who currently lives in apartment with his wife of two years.

“Despite the fact that I have a disability, before I was living on Social Security, I'm able to pay my own bills now," said employee Joel Shapiro.

"It's a good environment for finding jobs for people with disabilities," said employee Benjamin Spiritas.

"To see our employees here at Bank of America go from tax recipients to taxpayers, to become the breadwinner of their family," said Woods, "Their lives have just been changed dramatically."

There is a mural behind the workers on the fifth floor showing a happy young couple smiling in front of the new home a bank loan helped them buy.

The bank likes to say they are in the business of fulfilling those dreams.

"So it's cool," said Tim Adams. "Being able to do a job that is important in people's lives."

Valuable employees getting a chance to fulfill their important lives too.