As she heads to space, 82-year-old Wally Funk continues to inspire

Funk thought she was going to space in 1961. Sixty years later, she finally is. 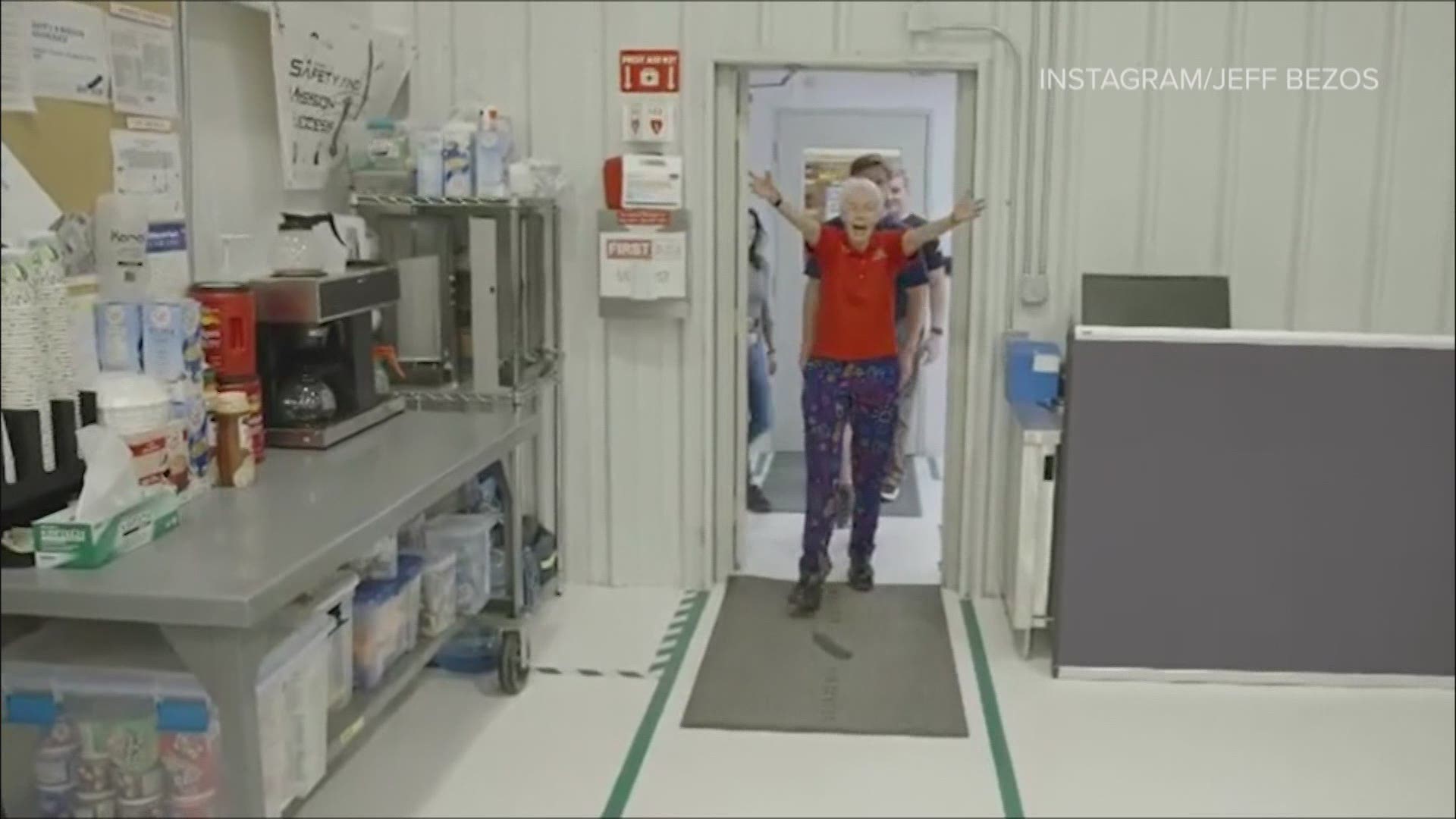 It’s even harder for others to believe she had to wait so long.

Six-year-old Gianna Pouncil loves looking at the stars and dreams of reaching them one day. That’s why she doesn’t understand why anyone would tell her she’s incapable just because she’s a girl.

It didn’t make much sense to Funk, either.

She had a college degree and was already a decorated pilot by the time she, and 12 other women, were chosen to go through astronaut training in 1961.

Neither Funk, nor the other women— later referred to as the Mercury 13—ever became astronauts because NASA didn’t want women representing America in the space race with the Soviet Union. They weren’t seen as a sign of strength.

“They are strong enough,” Pouncil said.

“Girls can do the same thing any other human being can do,” said Evans.

That’s exactly what the women who trained with Funk said when they testified before Congress in 1962. They believed that women could, and should, go to space. Eventually, in 1983, the first American woman, Sally Ride, did go.

A decade later, Eileen Collins became the first female pilot and later, the first commander of a space shuttle.

She invited Funk and the other women to her launch as a thank you for paving the way.

“If it wasn’t for them we wouldn’t be here right now,” Evans said. “Anything is possible.”

Now, Funk will go to space, and because of her persistence, tomorrow these girls will go even higher.