"I would want people to know how to be happy." Jaylan Ford dances every day mostly on S Cooper St. near the Parks Mall. 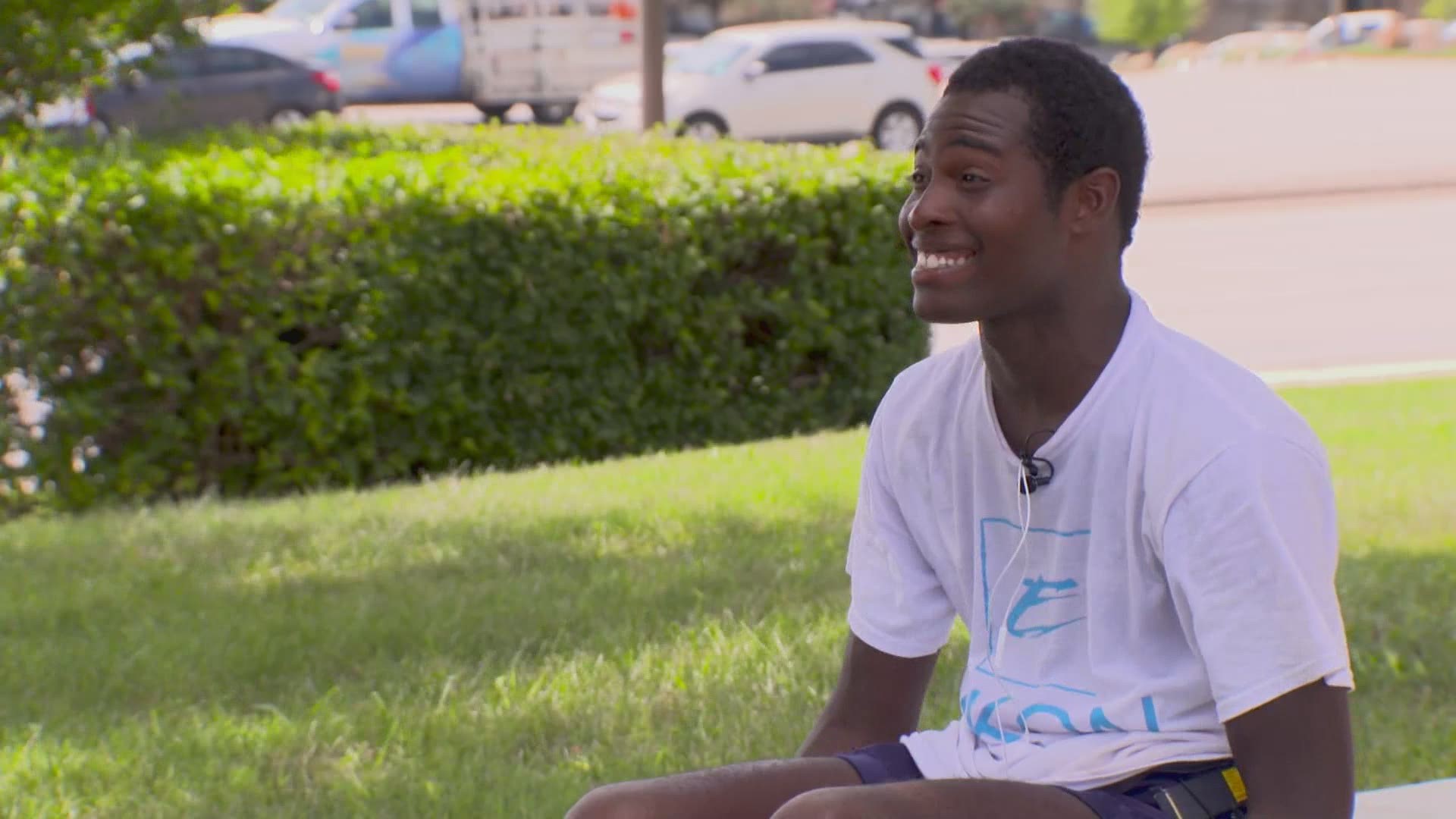 ARLINGTON, Texas — Surrounded by people going a million different places, Jaylan Ford is happy exactly where he is.

With a pair of earbuds blasting Rick Ross, Drake and Lil’ Wayne, Ford puts on a dance performance and his stage is the intersection of S. Cooper and Pleasant Ridge Road in front of the Parks Mall in Arlington.

If you missed a show, don’t worry. Ford has a permanent residency. In hundred-degree heat, in pouring rain and even during the winter storm, he walks 20 minutes from his home to dance. Every day.

Sydney Harrison watches Ford from her car at the stoplight and admits the first time, she didn’t know what to think.

“It was kind of like, 'Well this is strange,' but after I saw him more and more, I was like, 'Oh my gosh he just loves to dance,' and it makes him happy, so why not,” Harrison said. “Every time I’m over here, he’s right there, and it’s just awesome. Just puts a smile on my face.”

Videos have earned Ford thousands of Instagram followers, but not everyone is a fan.

He has dealt with that before, though.

Ford's mom Alena Moore says he is autistic and faced bullying. She says his walking and dancing are a kind of habit he can’t break.

“He’s really orderly,” she said. “Walking for him, that gives him aspiration every day. That helps him. It helps him cope."

Ford’s reason for the daily dance, though, is simpler.

“I was just dancing and then I said, ‘Wait a minute, what am I doing?' but it felt good, though,” he said. “It felt so good that I didn’t want to stop.”

Ford’s walks started at a track in middle school and then turned into walks around the neighborhood before settling at the Parks Mall intersection last November.

She admits she worries sometimes about his safety and if he’s always paying attention in crosswalks, but she trusts him.

Ford is 18 and just graduated high school. He has a day job spinning signs for businesses, but prefers his full-time gig delivering a little dose of laughter to those lucky enough to get a red light.

“I would want people to know how to be happy,” Ford said.

“That’s what he wants to do,” Moore laughed. “He wants to keep people smiling. I’m like, 'Well I guess you’re going to be living with me for the rest of your life,'" she joked.