After losing mom to cancer, McKinney teen fighting to help find a cure

Abbi Staples started boxing and MMA to deal with the pain of losing her mom. 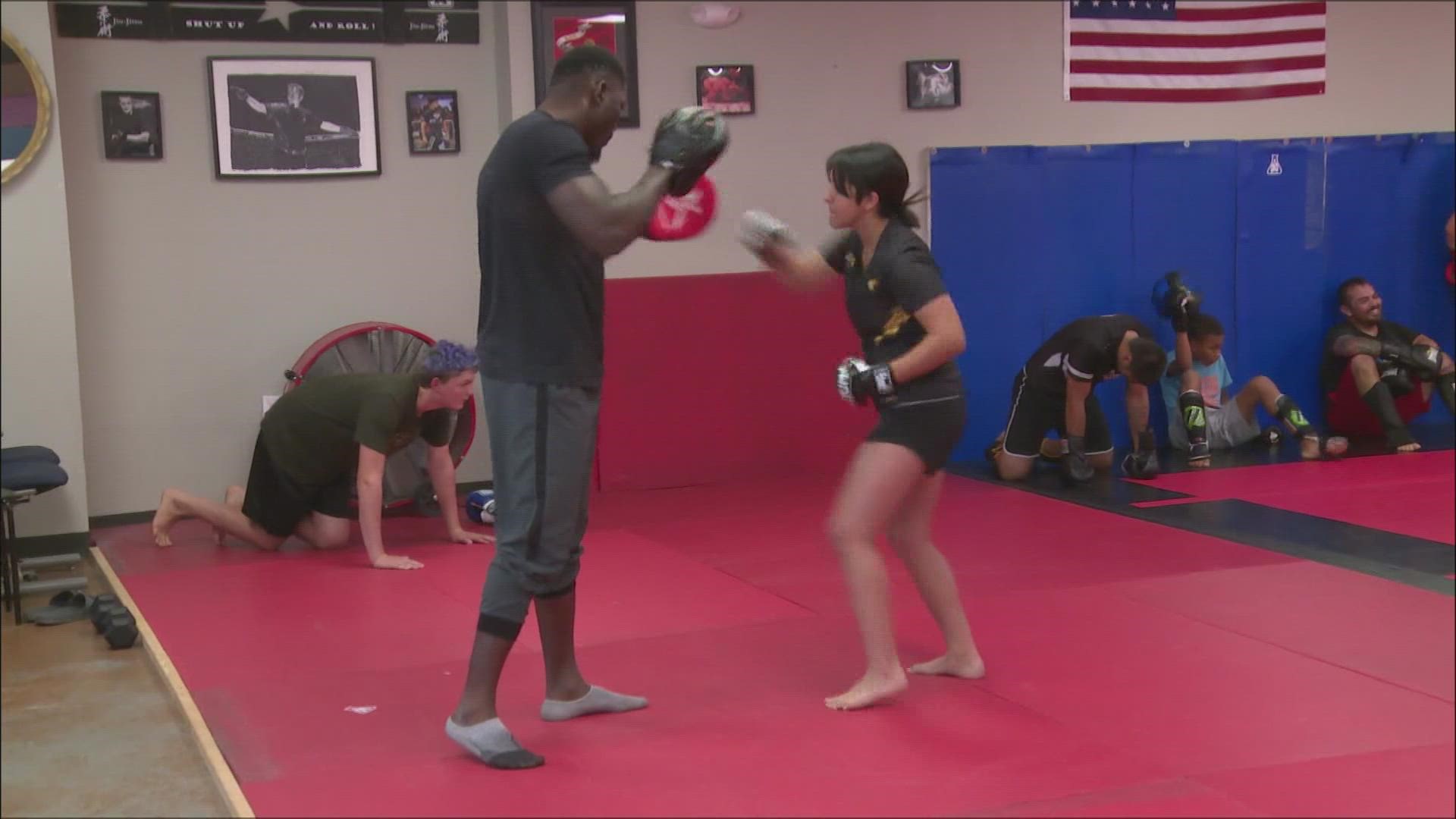 If they could, Abbi Staples, of McKinney, would be hard to beat.

“She could go fight in an amateur fight and be successful,” said her trainer Don Turnage.

But no matter how often she wins, Abbi will always remember the one she lost.

Abbi was just 8 years old when her mom, Jade Staples, died from an incredibly rare form of cancer.

“She promised me would come back home OK and she didn’t,” Abbi said. “The last words she did say to me was, ‘I love you,’ so every time I do fight I imagine her saying that.”

“She was angry,” Garris said. “She would lash out for no reason, so I said 'Would you like to try boxing?' And she was like, ‘Yeah! Let’s try boxing.’”

Boxing was Abbi's way of letting it out.

Whenever she was sad, she’d come to the gym and hit something.

“And then people started saying I’m really good and I was like, ‘Well, yeah,’” Abbi said with a laugh. “So I started getting more into it.”

Eventually, she started training in MMA and got to be pretty good at that, too.

Abbi says it’s been very therapeutic, although, from time to time, she still wrestles with the pain.

“I never get to hear her saying how proud she is of me,” Abbi said.

Her mom would be proud because not only does Abbi want to be a professional fighter, she wants to help cure cancer.

As a tribute to her mom, Staples is selling t-shirts, and the money she makes, she will donate to cancer research.

“She will spend the rest of her life making sure this doesn’t happen to any other child,” Garris said.

“I want it to be all cured,” Abbi said. “I just want everybody to be happy if I can make that happen. It’s going to be all for her, to show her that I did make it.”

Certainly, it’s something worth fighting for.