'A wedding planner for buildings:' This site superintendent is challenging women to consider construction careers 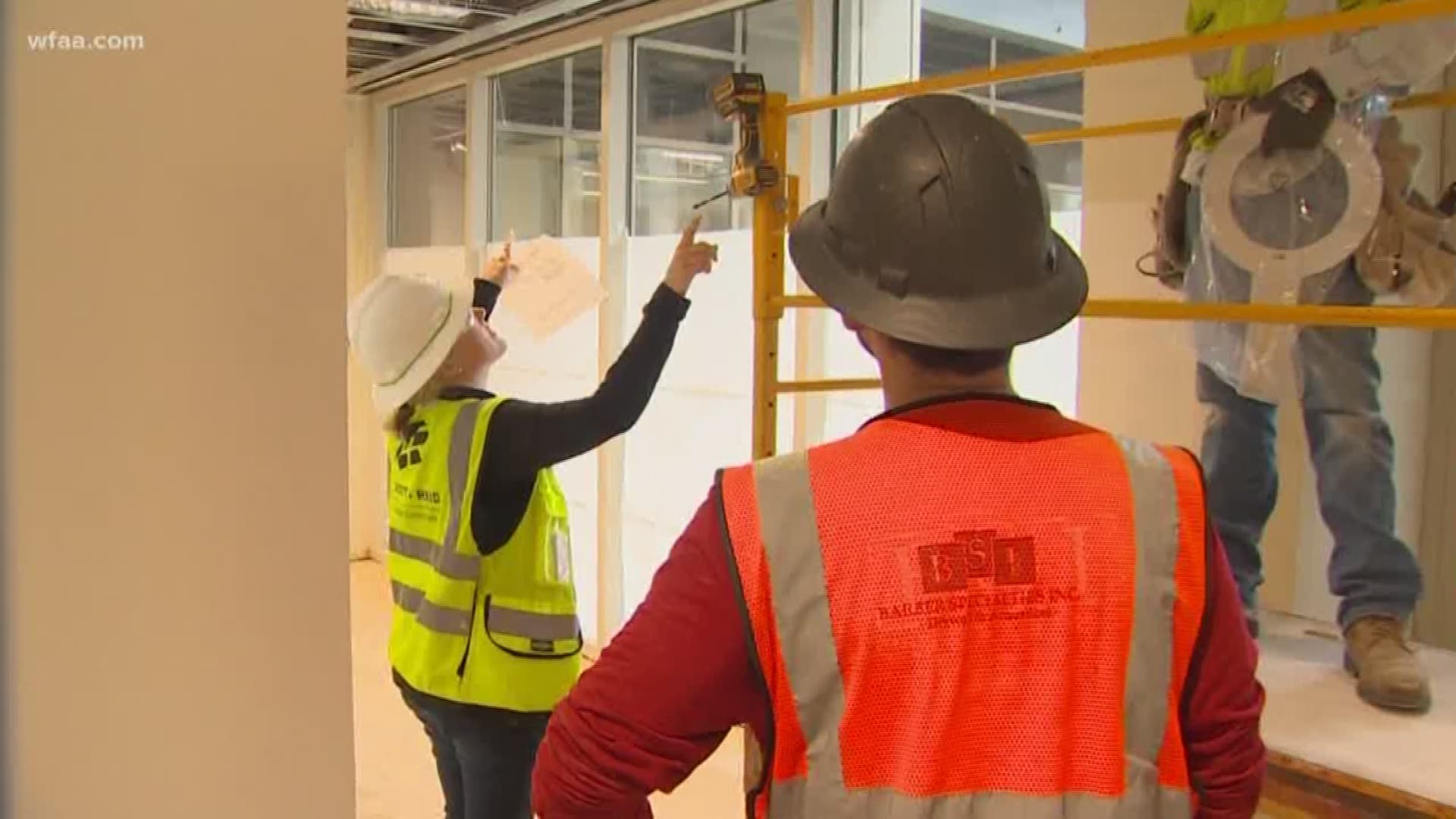 "A wedding planner for buildings" is how Kyla Sadau describes her job as a site superintendent to her girlfriends. And it's also her way of challenging women to think about careers in construction differently.

"Whenever you walk in and something is different from what they're used to, there's always a sense of doubt, and so I seek that out and try to change it," Sadau said.

That determination landed her a position at Scott + Reid General Contractors.

"I saw the 'About Us' page for Brad Reid and Chris Scott, and I thought, 'I'll call that President Brad Reid guy,'" she explained."'Hi! I'm Kyla from Iowa State, I'd love to know how you got your business started. Can we have lunch?'"

Overseeing men twice her age means having a thick skin is just as important as any other skill.

"We've got projects to build, we've got things to make cool. I don't have time to be defensive about someone not liking the fact that I wear a bra," she said.

Being assertive and direct takes courage.

"When you're obviously the only one who looks different from everybody else, that alone takes courage."

So does failing. If you’re lucky enough to get a boss like Kyla’s, who will let her fail, she said that's the best way to learn.

"I've walked into a space, I've done a demo and I've taken out a ceiling that wasn't supposed to be taken out," she described."'It's like okay sorry! We'll put that back for you.'"

If you’re listening, managers, step back– then offer constructive criticism.

Twenty years ago, you might not have seen a baby bump on a job site, and while it's hard to tell with her safety gear, Sadau is pregnant, too.

"My feet are a little sorer than they would normally be but other than that it's kept me active and kept me healthy through pregnancy."

The pregnancy has made Sadau even more grateful for CREW Dallas, a network of women trailblazing in this trade.

And like Sadau, they’re mentoring the next generation of women in commercial real estate.

"I'm just so proud. Like I really am. I think the pride surprised me the most."