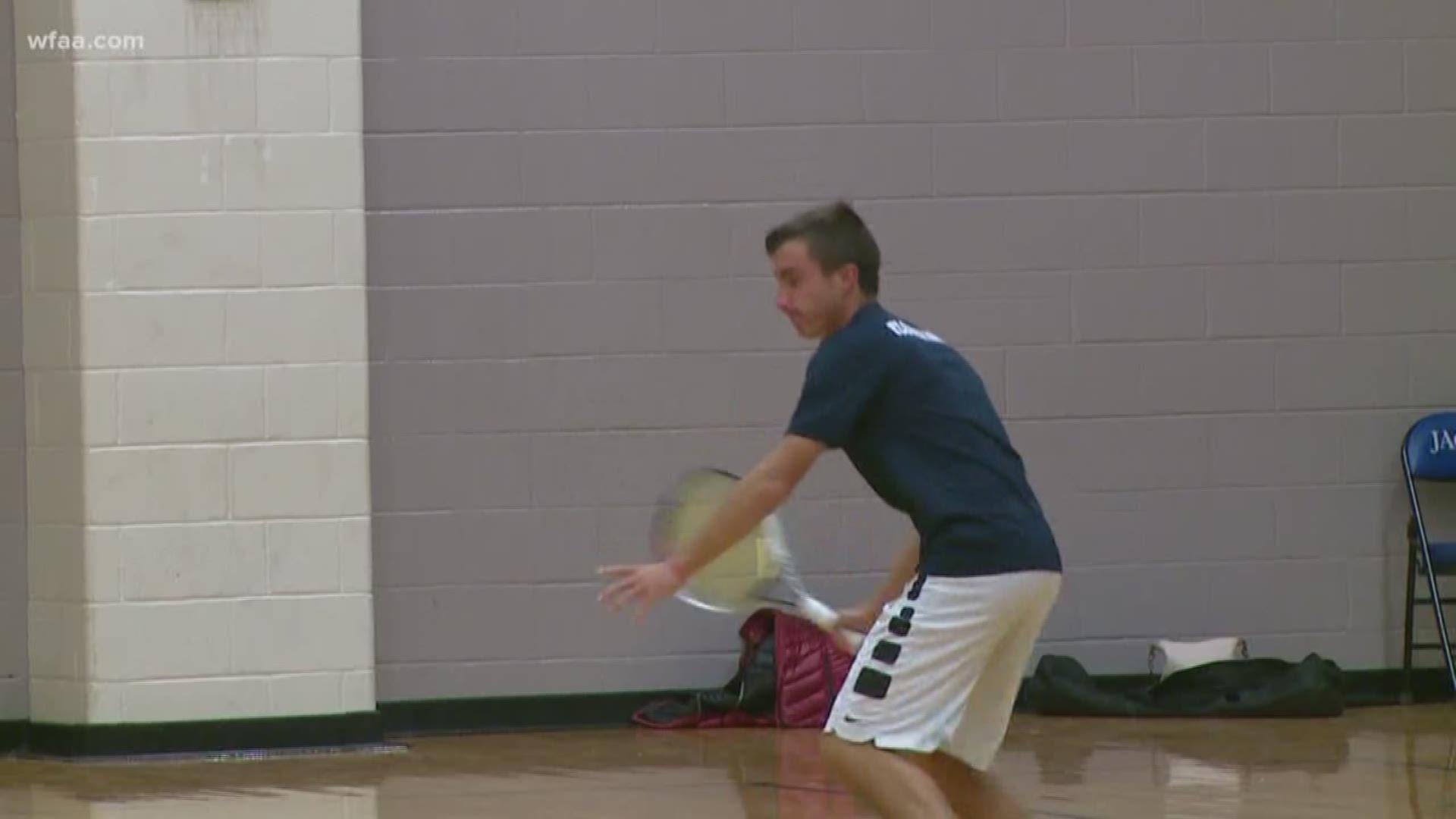 By his own admission, Flower Mound tennis player Cale Balusek will never win Wimbledon. But, according to his coach, Wade Zimmerman, Cale just had one of the most successful tournaments he’s ever seen.

Cale’s mom, Tonya Balusek, was pregnant with twins, but along the way something went wrong.

Cale’s brother died in the womb. Because of that, Cale was born nearly two months early.

Thanks to the doctors and nurses at Baylor Scott and White Grapevine, Cale is now a healthy high school junior. However, one night during dinner, Cale told his parents it really bugged him that he never truly got to say thank you.

“It motivated me, I know that,” Cale said.

He told his parents he was thinking about starting a tennis tournament to raise money he could donate to the hospital. His parents weren’t sure he’d actually go through with the idea, but about a year ago he went to his room and starting putting together the inaugural Love Babies Tennis Tournament.

“They were like, ‘wow, we’re actually doing this,’” Cale said.

That first year, Cale raised more than $7,000 to help buy new x-ray equipment for the NICU. This year, he upped his goal to $10 thousand, but didn’t hit that mark. Instead, he flew right past it.

Cale has raised more than $15 thousand that will be used to buy rocking chairs for moms to hold their babies.

“It’s just a thanks,” he said. “This is the biggest thing I could think of to thank them for saving my life.”