Next Wednesday, 14 boxes of records from the trial of Jack Ruby, found guilty of murdering JFK assassin Lee Harvey Oswald, will become public for the first time. 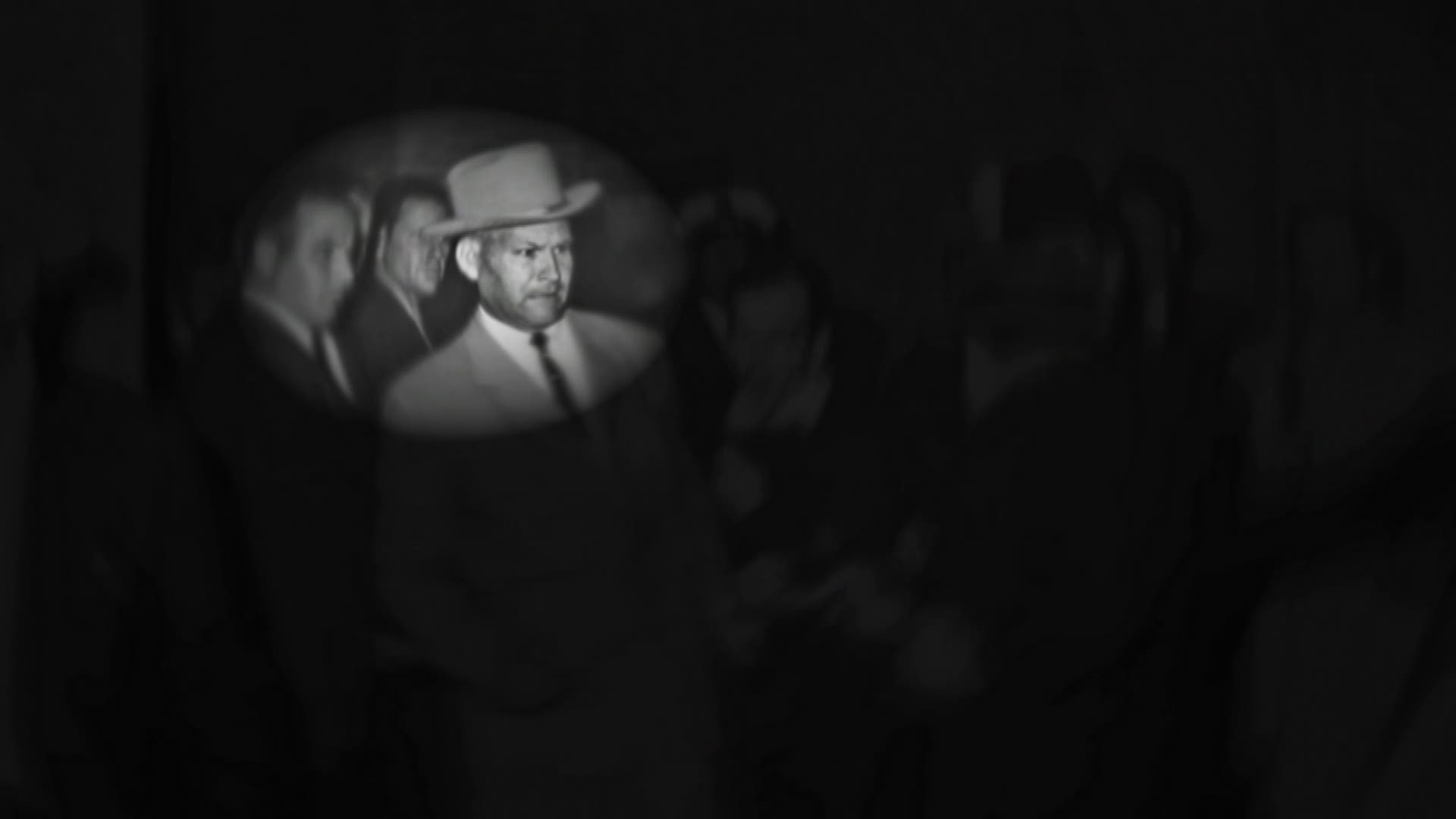 DALLAS – Almost 54 years after the crime happened, there’s little related to the assassination of President John F. Kennedy that is not known.

But next Wednesday, 14 boxes of records from the trial of Jack Ruby, found guilty of murdering JFK assassin Lee Harvey Oswald, will become public for the first time.

"That has been the biggest trial to ever happen in North Texas, certainly at the time it was happening, it was the trial of the century,” said Judge Brandon Birmingham, 292nd District Court. "Legal documents are for the lawyers, but the things you're finding in these artifacts are for the public. They personify who [Ruby] was and they also bring to life something that happened in Dallas that most people don't know about now.”

The boxes belong to the Dallas County District Attorney’s office and include witness lists, affidavits, trial notes, Ruby’s holster, and contents from his car among other things,” said Birmingham.

He convinced the Texas State Archive that they belonged in Dallas and should be released publicly. Birmingham also worked out a long-term loan to the Sixth Floor Museum where Laurie Ivy, marketing and communications manager, said they will be available to researchers for free.

"I know what happened because I could touch him anytime I wanted to,” said Jim Leavelle, 97, who lived what’s found in those files.

Leavelle is the Dallas Police detective in the beige suit and matching Stetson who was handcuffed to Oswald when Ruby pulled the trigger two days after Kennedy’s assassination. Leavelle is immortalized in the famous Bob Jackson photograph of the murder which is one of the 20th century’s most memorable images.

The decades haven’t dimmed many of the details for Leavelle.

He said he did not say anything to Oswald when he was shot.

"He went completely blank. Instantly. He was out by the time he hit the floor," said Leavelle.

Ruby targeted Oswald, Leavelle explained, so he would have his own moment in history.

"We got Ruby out [of the jail cell] and brought him down. Of course, he wanted to wear my hat, a coat and everything to camouflage himself and I said 'Jack, ain't nobody going to shoot you. In the first place, you ain't worth killing,’” recalled Leavelle. "Then I told him you didn't do us any favors when you killed Oswald. He said 'Leavelle, all I wanted to do was be a hero and he said it looks like I just messed things up again.' [Ruby] thought if he could get a shot at Oswald and kill him that we would arrest him and put him in jail and we would file on him for murder, he would have to go to the Grand Jury for murder and the Grand Jury would say 'Well Jack, that's a bad thing you've done but since he needed killing anyhow, we're going to let you go this time. And [Ruby] could stand at the front door of [his] Carousel Club and people would come from far and wide to shake the hand of the man who killed the assassin."

A Dallas jury found Ruby guilty of murdering Oswald months after the crime.

The boxes of records were first made public in 2008 when then District Attorney Craig Watkins revealed the documents had sat locked inside a courthouse vault for decades. But it took almost another decade before anyone at the county did anything with them.

U.S. Federal Judge John R. Tunheim, who chaired the U.S. Assassination Records Review Board in the 1990s, told WFAA the records belong in the National Archives.

“I have nothing against the Sixth Floor. I think it is an excellent museum,” Tunheim said, “My point to the people is I hope the Sixth Floor Museum is flourishing 200 years from now. I don’t know. I think it’s a better bet that the National Archives will have everything in order. Give the originals to NARA where they will be kept in perfect condition for as long as we are a country.”

But Birmingham said he thinks they belong in Dallas.

"This is our history. This is one of the pre-eminent museums for what happened back in November of '63 and you can't separate what happened two days after JFK was assassinated,” he continued. "It's all one story and it deserves to be in the same place because of that."

The Sixth Floor Museum is scanning all of the records for researchers and visitors to review.