The flu outbreak of 1918 remains the deadliest pandemic in modern history. 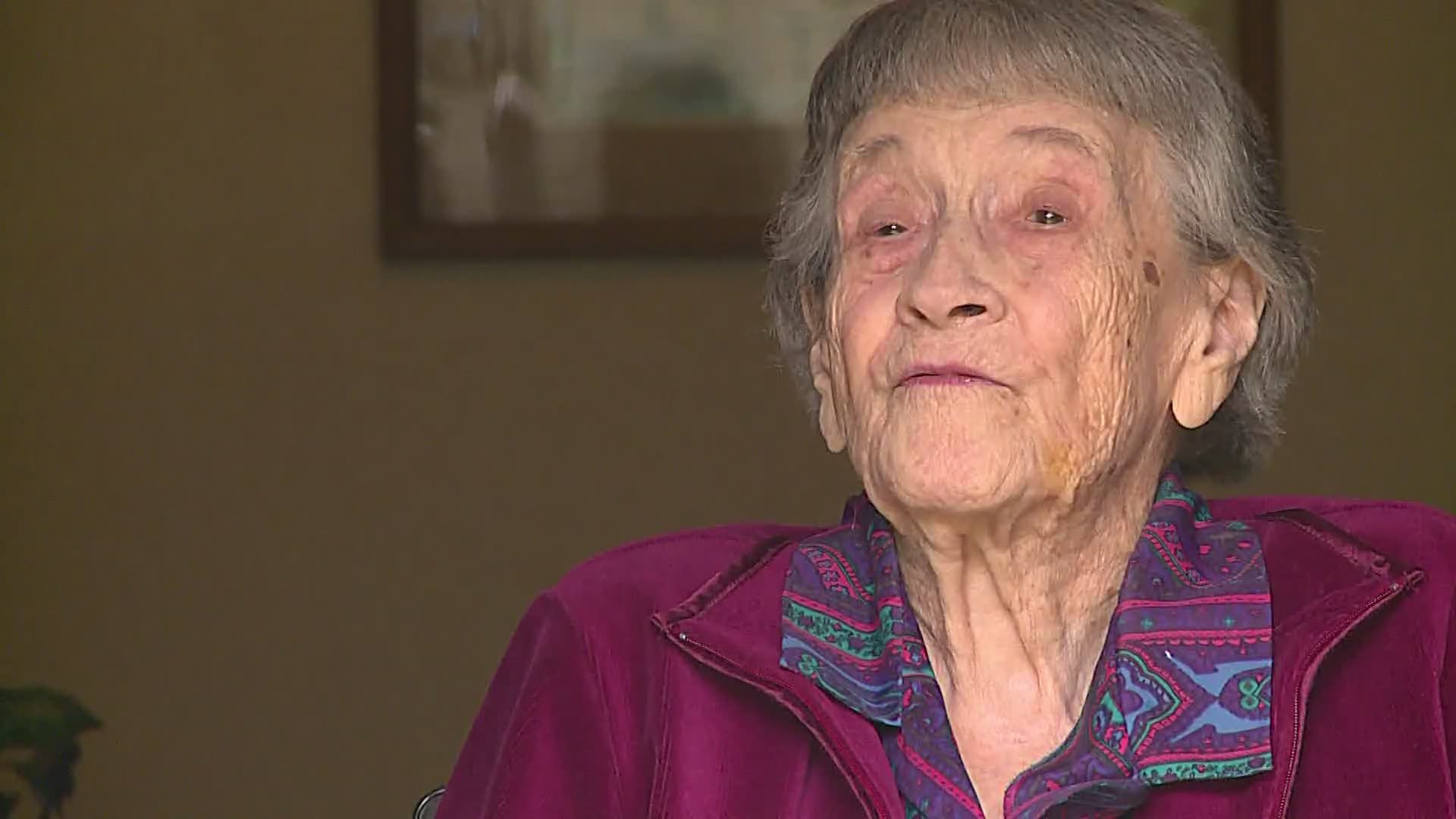 As the novel coronavirus has spread, it has drawn comparisons to the 1918 flu pandemic.

Although that was more than 100 years ago, one North Texas woman remembers it well.

“I had it too,” said Kerens resident Jewell Hutson. “I didn’t feel well at all.”

Hutson was seven years old when the 1918 flu pandemic broke out. Today, she’s 109 and still remembers how it felt.

“I remember how we were hurting, had fever, and had to stay in bed,” Hutson said.

The 1918 flu is commonly referred to as the “Spanish Flu,” although that’s not the official name nor is that where it started.

As World War I was coming to an end, the United States, and other nations involved in the war, prohibited the press from publishing reports it felt hampered the war effort. Therefore, reports of a pandemic were silenced.

Spain, however, was neutral and not involved in WWI. Therefore, Spanish media was free to report on the pandemic and many people wrongly attributed the outbreak’s origins to Spain.

Hutson says it made its way to her family after her dad helped a family friend who was infected and unknowingly brought the virus home.

“And the rest of the family began to take it,” she said. “Everybody in the family had it.”

Jewell’s older brother, who had yet to be infected, took the family’s covered wagon to a neighboring town and picked up a nurse who helped take care of Hutson’s family.

They survived, in large part because they stayed home, but a lot of people didn’t.

Because of the restrictions during WWI, most Americans didn’t even know there was a pandemic and went about life as usual.

As a result, 1918 was and still is, the deadliest pandemic in modern history. Around the world, nearly 500 million were infected and more than 50 million died.

Hutson says this current pandemic is a chance to remember our history, to learn from our mistakes and not repeat them.

Which is why, Hutson says it’s important to follow recommendations and put others before ourselves because she’s seen what can happen when we don’t.

“And I think it’s important for them to try to be as helpful to everybody as they can and not spread it around to somebody else," she said.

Because, like Hutson, we all deserve to have a long, long life ahead.

“They say there’s a purpose for everything and we’ll find out what it is someday.”