Up in 60: These Simpsons pop-up bars are letting fans step into Springfield, without leaving Dallas

Food and drink menus will have items like Krusty burgers, the Flaming Moe, Kwik-E-Mart Squishees and other Springfield favorites. 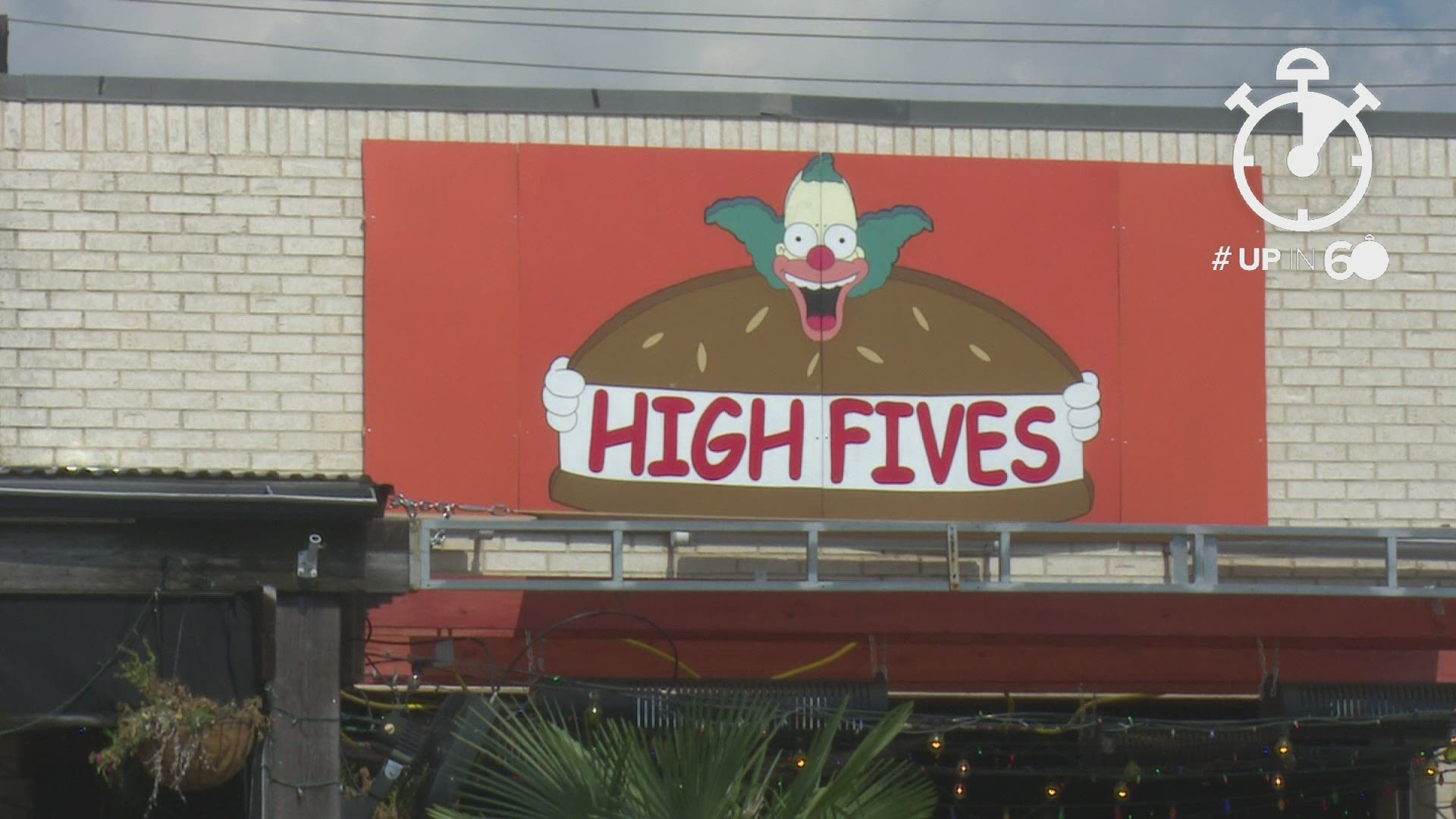 DALLAS — The Knox-Henderson area of Dallas is getting a little more animated.

If you have ever wanted to spend some time in Springfield, home of The Simpsons and all their familiar characters, this might be as close as you ever get.

Neighboring bars High Fives and The Whippersnapper have transformed into the “Krusty Burger” and “Moe’s Tavern,” two longtime staples in the cartoon world of The Simpsons, for a pop-up lasting until mid-August.

TV screens will be playing endless episodes of the longest-running American sitcom while food and drink menus now have items like Krusty burgers, the Flaming Moe, Kwik-E-Mart Squishees and other Springfield favorites.

There will also be plenty of theme nights to further give fans of the show a chance to personally experience the things they have watched in episodes for the last 32 years.

The Whippersnapper has a history of giving patrons a chance to step into fictionally worlds. They did a Harry Potter pop-up in 2019 and another one for The Office in 2020.

Both bars are still for ages 21 and up.