Abrams’ meetings with Hollywood insiders on Tuesday about the law are being billed as a series of “critical” conversations. 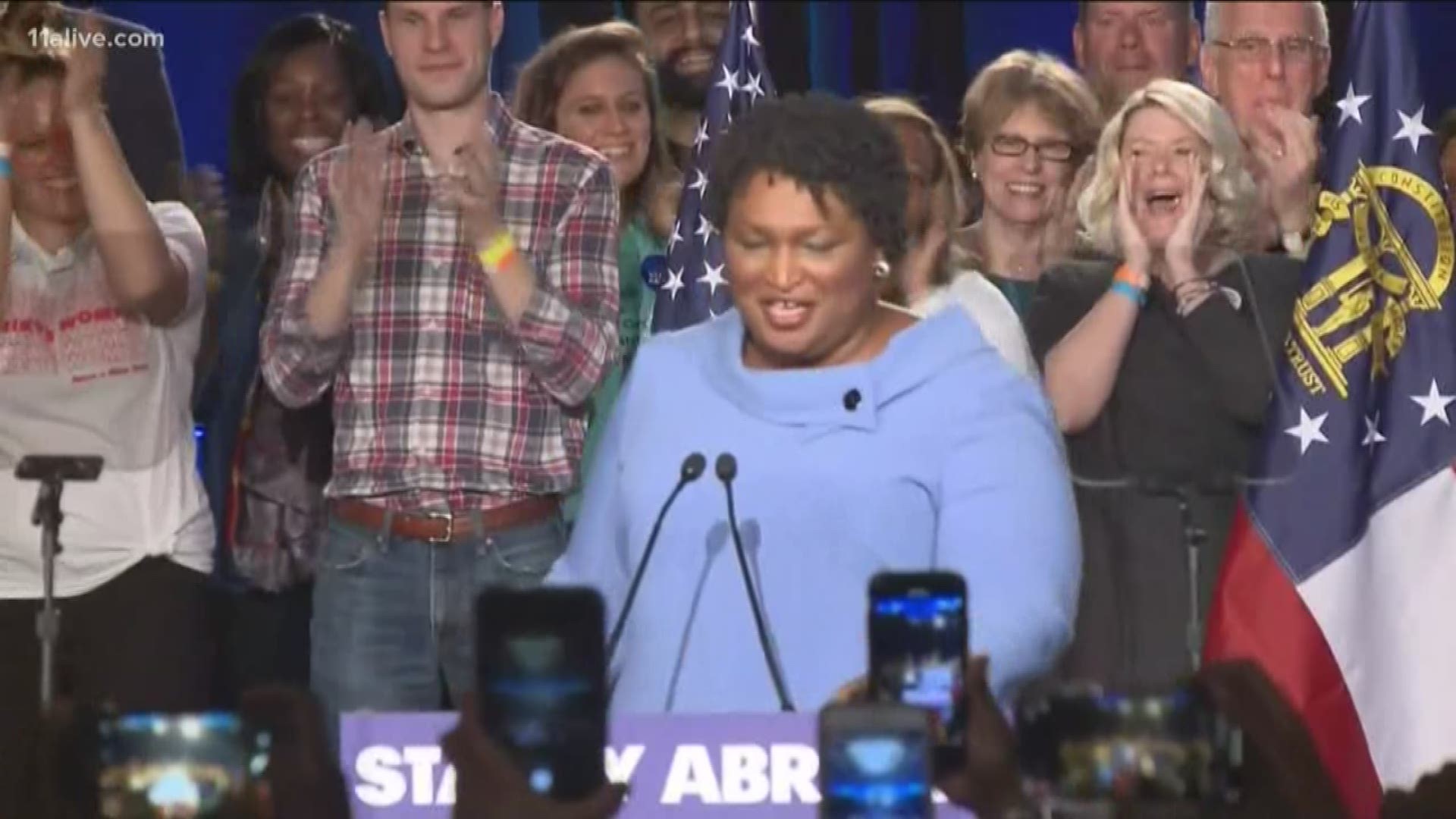 LOS ANGELES — Former candidate for Georgia governor Stacey Abrams will be in Hollywood on Tuesday to make a pitch in an effort to try to save the state's film industry.

Abrams will begin her trip in the morning, according to her team, and in the afternoon, meet with film executives who have threatened to take their production elsewhere if Georgia's anti-abortion law -- more commonly known as House Bill 481  or the "heartbeat" bill -- takes effect.

Gov. Brian Kemp signed the controversial bill into law in May. Barring any legal holdups, the law will go into effect Jan. 1, 2020 and will ban abortions once a fetal heartbeat is detected. That is usually around the six-week mark of a pregnancy, and is sometimes before a woman even realizes she may be pregnant.

Abrams’ meetings with Hollywood insiders on Tuesday about the law are being billed as a series of “critical” conversations, brainstorming and strategizing sessions.

The list of production companies who will be in the room has not been made public yet, but here's what we know so far based on information from the Abrams team:

Nina Tassler, former CBS chairwoman, the group Pro-choice America and Abrams will be part of the discussions with different groups - large and small.

The groups will be made up of studio executives, show runners, celebrities, and others who are in a position, according to the Abrams team, to help "activate the energy and resources" of the film industry.

RELATED: Spike Lee calls for Hollywood boycott of Georgia, says 'shut it down'

The goal, the team said, is for Abrams to find support for women in Georgia and ask the Hollywood insiders to fund political action against the Georgia heartbeat abortion law.

Abrams has been a vocal opponent of the law ever since it started making its way through the Georgia legislature. While she has said she isn’t against the film industry’s protest, she said she doesn’t agree with the strategy and believes it would be more effective for the production companies to stay in Georgia and fight back.

Kemp was invited to meet with the film industry in Hollywood for Georgia Film Day, but he postponed the visit and instead visited Pinewood Studios in Fayetteville, where several big-budget Marvel movies were shot.

In response, the Abrams team said, "the job of leaders is to lead, and Stacey Abrams is leading."

11Alive reached out to Kemp's office for a comment. A spokesperson declined to specifically address Abrams but pointed us to a previously released statement where Kemp said he appreciates the film industry's investments in Georgia and will continue to advance policies that empower job creators and encourage investment in the Peach State.

According to the Georgia Department of Economic Development, the film industry enjoys a 20 percent tax credit and is responsible for about 92,000 jobs. In 2017, the industry spent $2.7 billion in Georgia.

Abrams' meetings in Hollywood to keep that industry booming in Georgia are scheduled for Tuesday afternoon. The media won't be allowed inside but 11Alive's Faith Abubey has secured a 1-on-1 interview with the former minority leader as soon as it's over.