The comments come on the heels of Netflix's announcement that it, too, could pull all projects from the state in the wake of Georgia's "heartbeat" abortion bill. 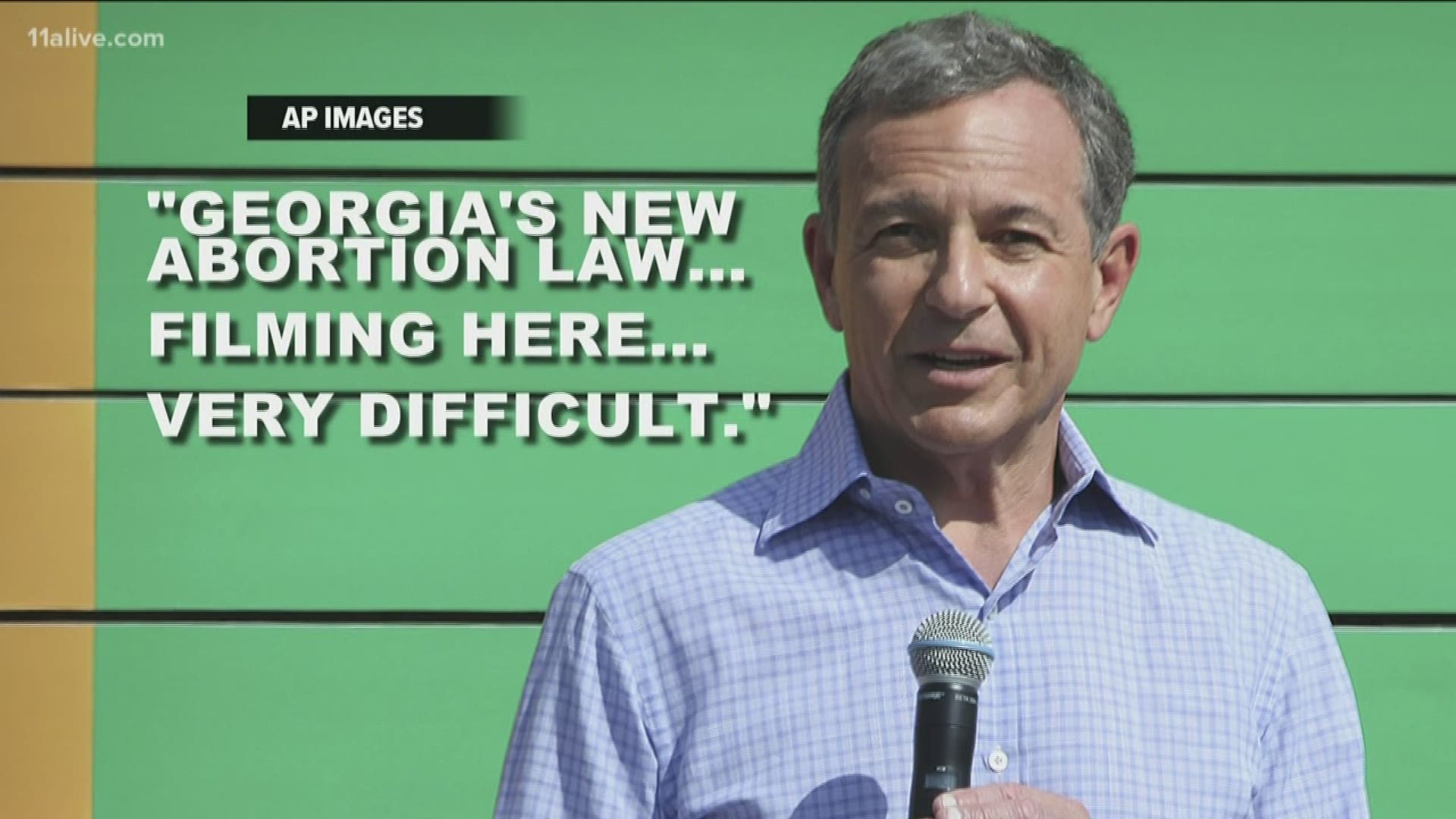 ANAHEIM, Calif. — Could Disney be done with the peach state?

New comments from the high-powered house of mouse CEO to Reuters suggest that could be so if Georgia's controversial "heartbeat" abortion law is upheld.

In an interview with the news agency, Walt Disney CEO Bob Iger said if the law takes effect in Jan. 1, 2020, it would make filming in the state "very difficult."

“I rather doubt we will,” Iger told Reuters in an interview ahead of the dedication for a new “Star Wars” section at Disneyland in California. “I think many people who work for us will not want to work there, and we will have to heed their wishes in that regard. Right now we are watching it very carefully.”

Blockbuster films from Disney's Marvel Studios, like "Black Panther" and Avengers: Infinity War" have filmed in the metro area, bringing in nearly 92,000 production jobs and millions of dollars for Georgia's thriving film industry.

RELATED: California bill would give tax breaks to productions that move out of Georgia over abortion ban

The comments come on the heels of Netflix's announcement that it, too, could pull all projects from the state in the wake of Georgia's "heartbeat" abortion bill being signed into law by Gov. Brian Kemp on May 7. Several actors and other directors have also previously vowed boycott working in the state as a result of the law.

Georgia is just one of several states who have jumped at the chance of passing restrictive abortion measures in response to the new conservative majority on the US Supreme Court. The stated goal of some of the restrictive laws, including Alabama's, is to challenge the legal precedent set by Roe v. Wade in hopes of overturning the law.

Under Georgia's new "heartbeat" abortion law, the window of time for women to get the medical procedure has been slashed from 20 weeks to just about six, around the time a fetal heartbeat can be detected. The six-week time frame is also before the time some women even know they are pregnant.

Georgia's law does make exceptions for rape and incest, but also has the potential to criminalize miscarriages. Several district attorneys from across metro Atlanta have publicly stated they will not seek to prosecute women or doctors who perform abortions under the new law.