Kurdish immigrants here in Washington and their families abroad are feeling frightened and betrayed- asking lawmakers to help. What can we do? 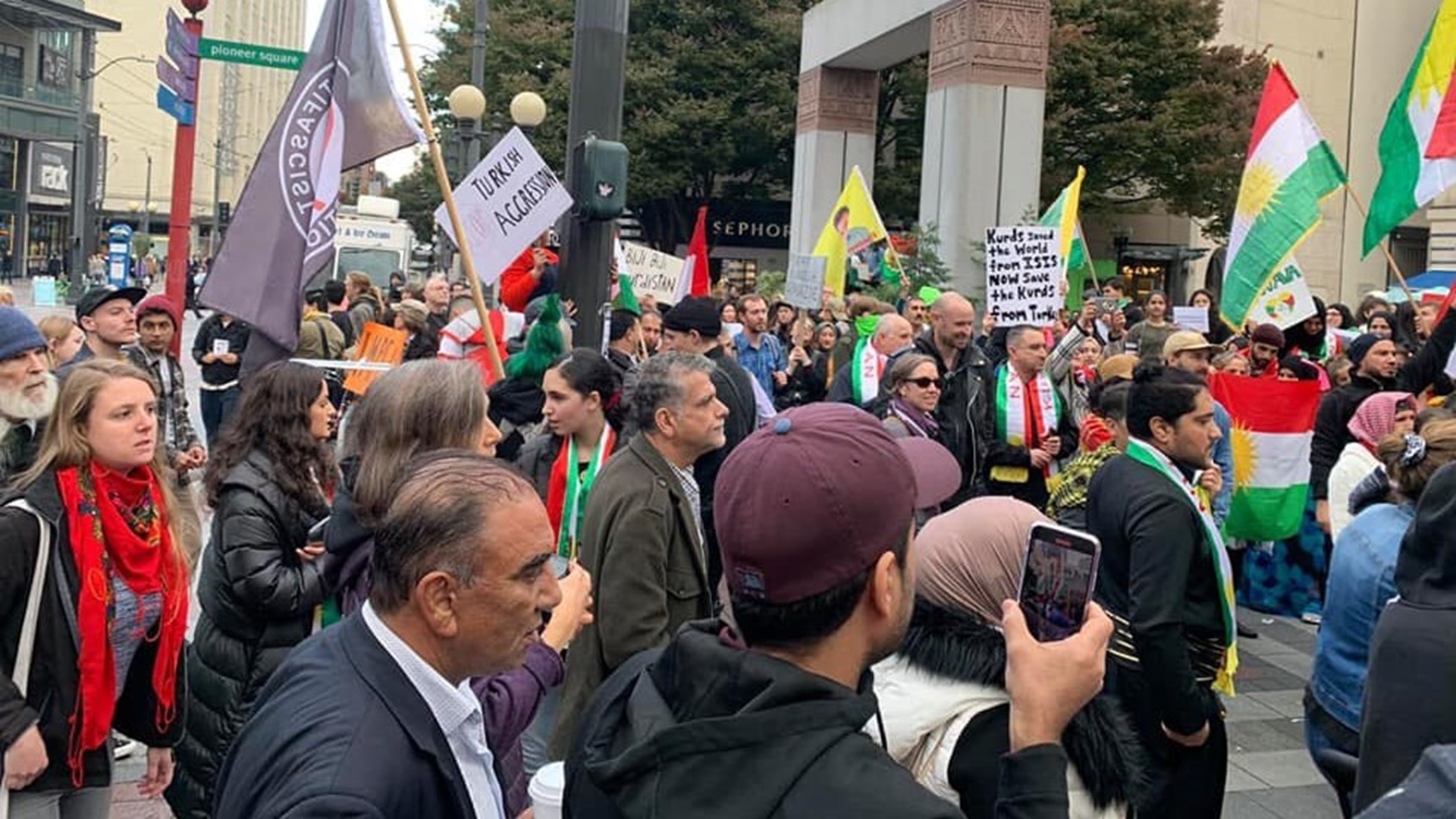 SEATTLE — With the withdrawal of US troops from Syria, the Kurdish people say they are feeling betrayed and they are frightened for their lives.  The Kurdish immigrants in Washington are worried about family 6000 miles away.

Estimates are that over one quarter of a million Kurds are now homeless, pushed out of Syria and hundreds are dead from fighting.

Kurdish American activist, Avan Rafiq Shwany, moved to Washington in 2012 but has several siblings and her parents still living in Northern Iraq, in the Kurdistan region.

The local Kurdish community is asking lawmakers to put political pressure on the Trump Administration to support the Kurds.

Between 25 and 35 million Kurds inhabit a mountainous region straddling the borders of Turkey, Iraq, Syria, Iran and Armenia. They make up the fourth-largest ethnic group in the Middle East, but they have never obtained a permanent nation state. (BBC News)

How Can You Help?

Avan Shwany, a Kurdish American and resident of Seattle is originally from the Kurdistan region of Iraq. She worked for the last 20 years in different areas of humanitarian crisis aid, from conflict resolution, peace building, local government capacity development, to eliminating gender based violence. For her work on the behalf of USA government in Iraq after 2003, Avan was granted SIV, Special Immigration Visa, Avan and her family came to Seattle on Oct, 2012. Since then she has been involved in programs aimed at supporting refugees with variety of needs to help with their new life in USA and empower them to be self-sufficient.