Robin Wright on her directorial debut and her Fort Worth roots 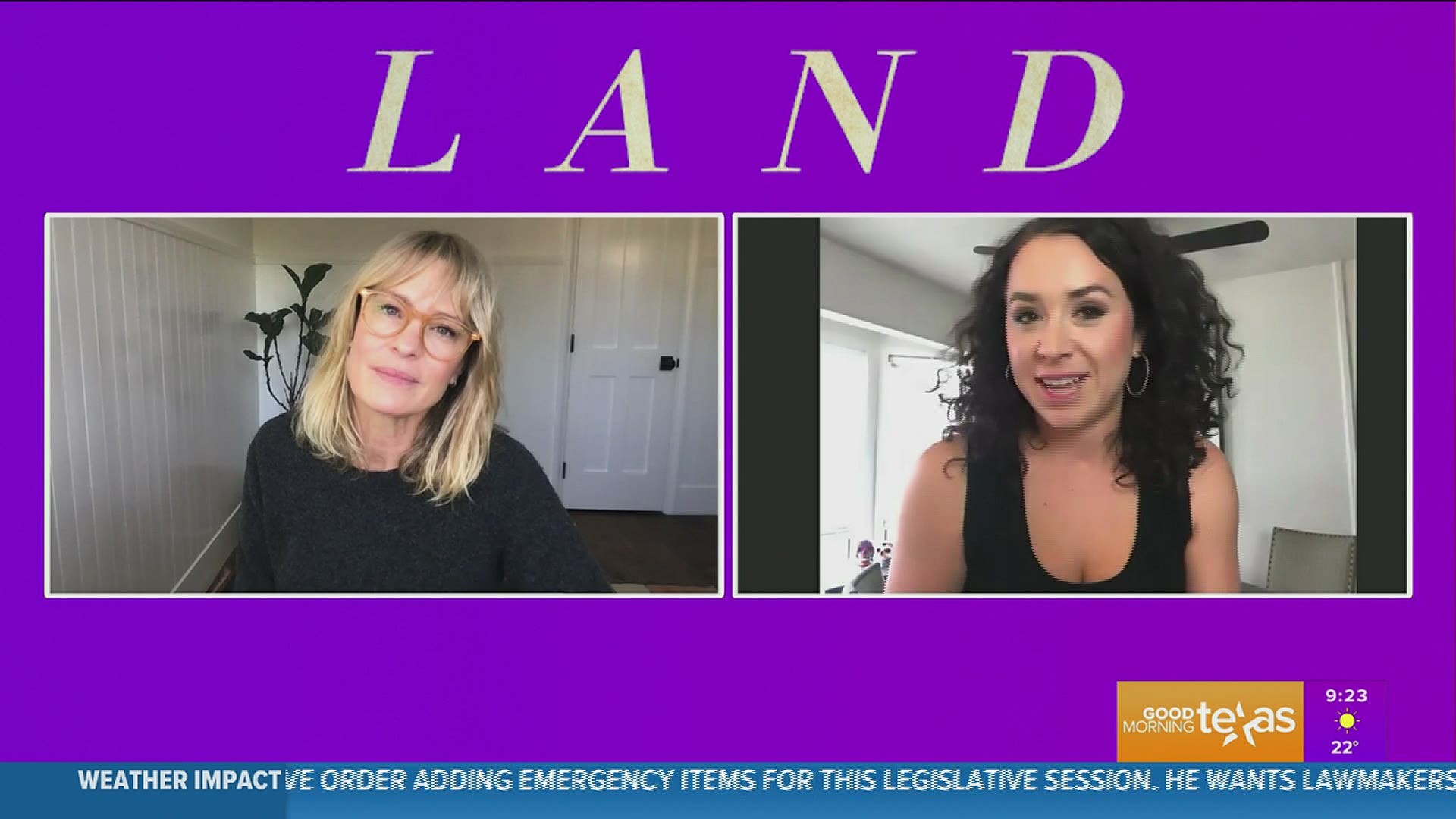 Robin Wright is one of the lucky few in Hollywood who have given life to not one, but several iconic roles. From Princess Buttercup in The Princess Bride, to Jenny in Forrest Gump, to Claire Underwood in House of Cards, Wright has solidified herself as an "A list" powerhouse.

So why would the Golden Globe winning actress try something completely new, like directing a feature film for the very first time, when her career was humming along? The answer is easy according to Fort Worth born Wright, she found a story that needed to be told.

"I was thinking about grief and how we are experiencing so much of it and then this script came into my life," Wright said. "It's about one woman and how she did it, but we can all see ourselves in her."

Wright made her directorial debut with the feature film "Land," a story about a woman named "Eedie" who immense navigated personal loss by moving from the city to the rugged Rockies. The audience doesn't learn the source of Eedie's pain until the very end, but Wright says it's a journey every human will take at some point in life.

"Right now especially we've been experiencing this collective grief, what does that teach us, how do we cope, these are the questions I wanted to ask," Wright said.

Wright also discussed her Texas roots. While she was born in Fort Worth her family moved to California when Wright was only three-years-old, but she says they spent many summers visiting family in Dallas.

Wright also has a North Texas connection through her mother's career. Wright's mom had a successful career with Mary Kay when Wright was growing up, so much so that she earned the infamous pink Cadillac for her work.

"I remember being dropped off at school in that pink Cadillac and we were mortified," Wright laughed, "But one day we decided to crank some Led Zepplin and own it. And it was all good after that."

And maybe that memory best sums up Wright and her career, a woman who goes after what she wants in life and then makes it her own.

For more information on Land you can head to www.focusfeatures.com/land