The owner of Madgalena's Supper Club and Catering says his family's annual tradition of making tamales brings everyone together. 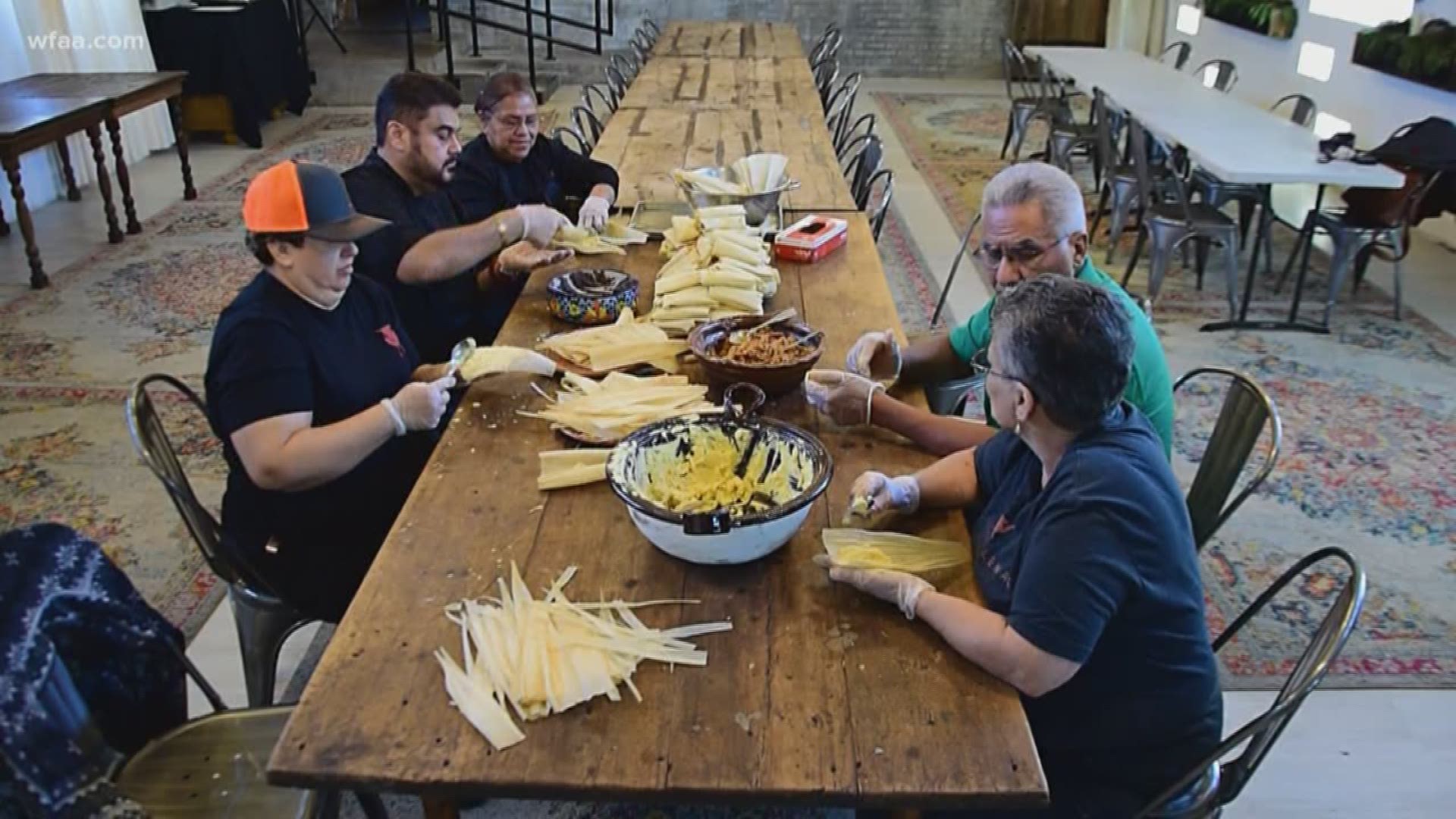 For many people, family traditions are important part of the holiday season. For one family in Fort Worth, making tamales is the activity that brings everyone together.

In his latest edition of TGI Texas, Greg Fields met with the owner of Magdalena’s Supper Club and Catering to talk about his family's annual tradition.

Owner and chef Juan Rodriguez says the yearly preparation of Christmas tamales draws everyone, young and old, to the kitchen.

“I think the earliest memory I have is with my parents and my grandmother. I was probably 5 years old sitting at the table," said Rodriguez.

There are a lot of theories about why tamales are so popular at Christmas, some dating back to the Aztec culture.

But most families do it because of tradition, one they are fighting to keep alive, with recipes passed down from one generation to the next.

Making tamales is labor intensive, Rodriguez explains. That's why you need quite a few people -- basically an assembly line -- to make it happen.

Preparation often becomes a party called a “tamalada.” In Rodriguez’s home, that tamalada can include as many as 30 people around the table spreading, filling and rolling tamales.

He says that’s also when you find out the all “chisme” or gossip. Rodriguez explains there’s always good natured joking about who makes the better tamales as well, with the mothers sometimes offering unsolicited advice.

The fresh masa was made with dried Mexican corn that they ground themselves.

But no matter what variety you choose, making tamales is a tradition that bring love and laughter around the table.