Reklaw, a Texas city that knows how to turn things around

The city got its unique name after its first name was rejected. 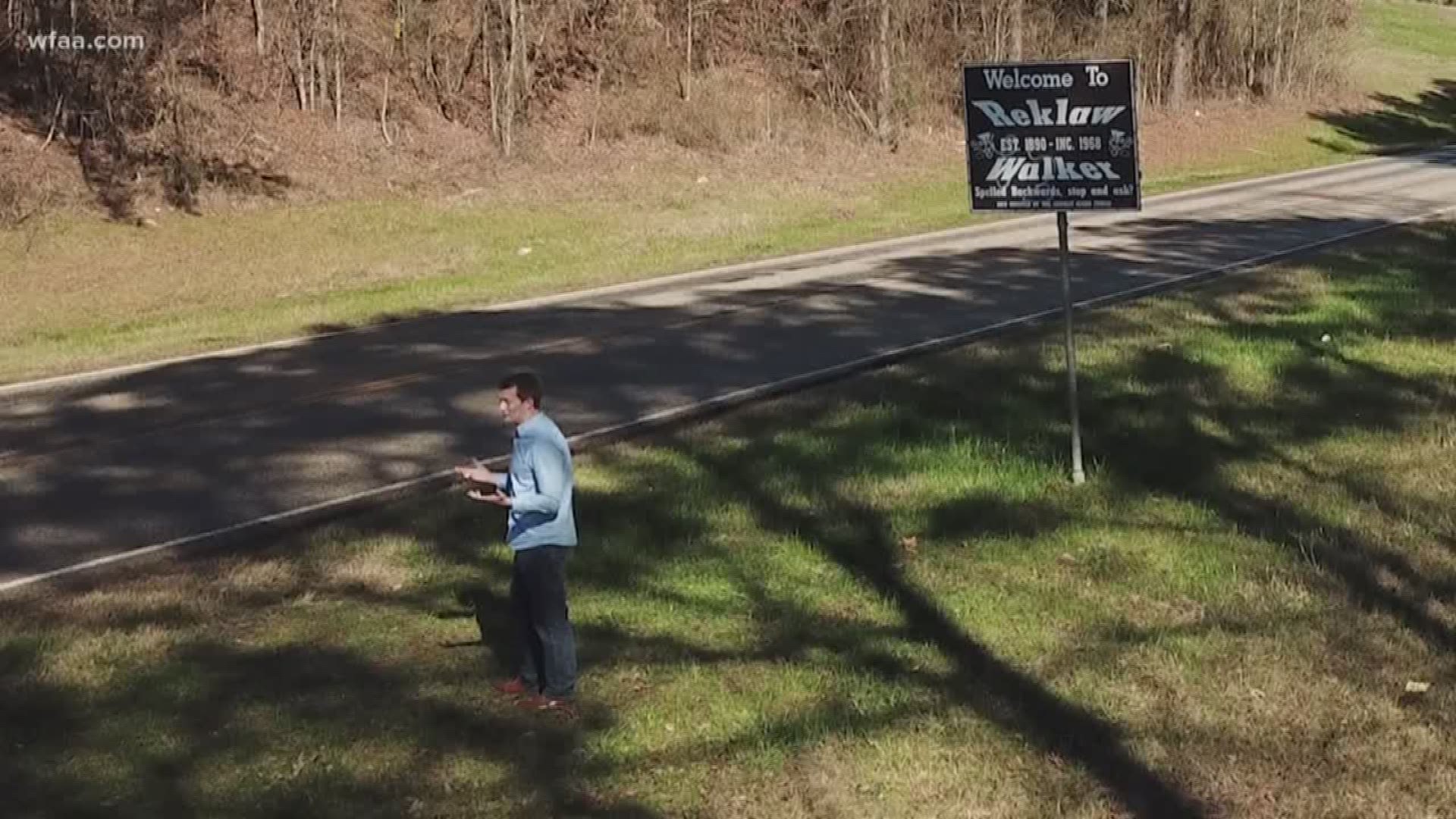 REKLAW, Texas — It's hard to beat the state of Texas at anything. But when it comes to the weirdest-named cities, it's almost impossible to top the Lone Star state.

So far, Sean Giggy has traveled to Bug Tussle, Zipperlandville, Ding Dong and Nemo to find the true, and sometimes bizarre, reasons for how those towns got their names.

This week, Sean heads east to a place that's a little backward: The city of Reklaw.

Why's it backward? The answer is obvious if you know the city's history (HINT: try going in reverse).

The city got its unique name after its first name was rejected.