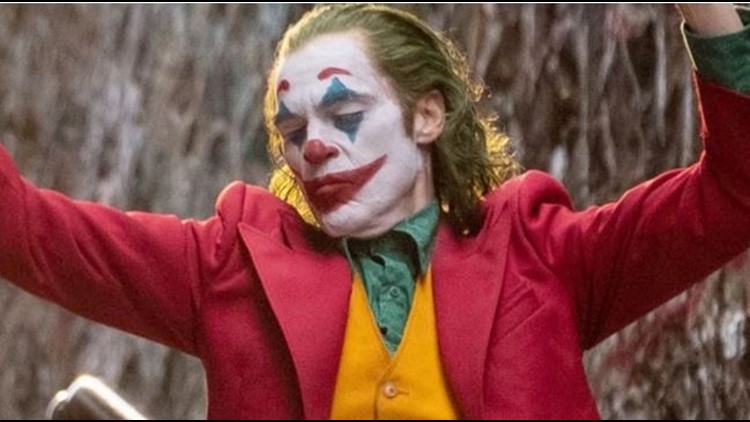 New in theaters this weekend: Joker

DALLAS — There's been so much anticipation for "Joker," and it grew even bigger when it took top prize at the Venice Film Festival. I'll tell you right now, it's been worth the wait!

The movie is crazy and by that, I mean crazy good.

Joaquin Phoenix stars in the standalone origin story of comics' favorite villain, and he comes from a less maniacal, more organic place.

He plays Arthur Fleck, a mentally ill street clown with a condition that makes him laugh uncontrollably, often when inappropriate. Bullied one too many times, he's strikes back, spinning into a killing spree.

To say Phoenix fully immerses himself in the role, is an understatement. He's brilliant and the leading contender for the Oscar at this point. He's also just about unrecognizable, having lost more than 40 pounds.

Phoenix is the first to thank director Todd Phillips for gifting him with a creative canvas, yes, Todd Phillips of the "Hangover" movies. Who knew he had it in him!

"Joker" also stars another guy you might have heard of. Robert DeNiro plays Fleck's idol, a Johnny Carson type.

(Movie buffs will appreciate the nod to "King of Comedy," in which DeNiro played the obsessive fan of a talk show host. What goes around, comes around, right?)

So, why the controversy over the film?

Well, when "Joker" starts killing (I don't want to tell you his first targets), he becomes an anti-hero in Gotham City. They cheer him in the streets.

Some think that could inspire copycats. Let's hope it's so removed from reality, it won't.

RELATED: Everything coming to and leaving Netflix October 2019

"Joker" also gets a rare "R" rating for a comic book movie. (Both "Deadpool" movies have been "R.")

And it has that rating for a reason. Do not take your kids.

This is a dark film about a man in the descent of untreated mental illness, and the violence can be shocking.

I hope you flinch, but because of Phoenix, you won't be able to take your eyes off the screen.