During a third quarter timeout in Game 3 of the Western Conference finals at the Moda Center, Oscar Hernandez joined the Blazers Dancers to wow the crowd. 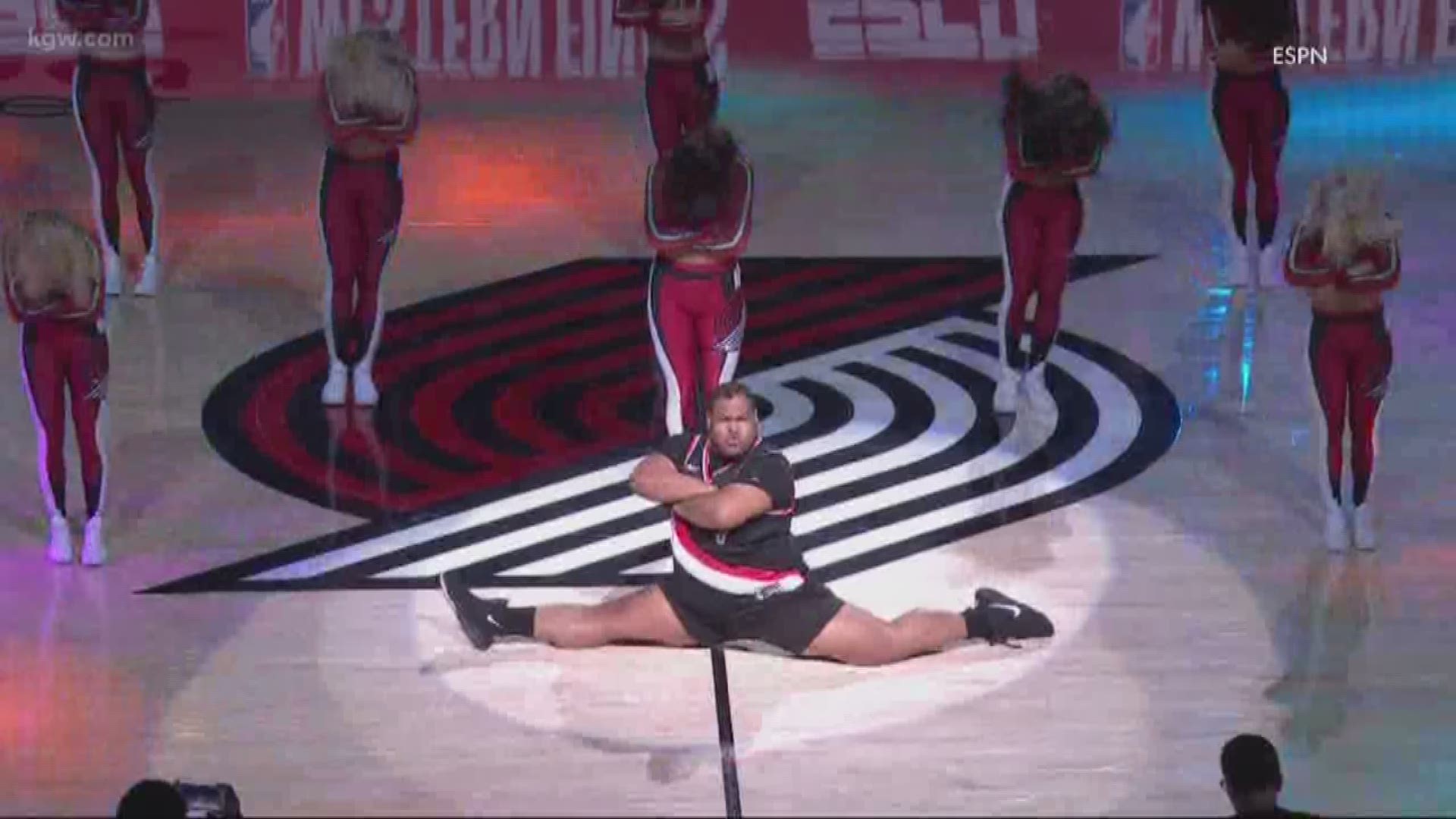 PORTLAND, Maine — An NBA choreographer and dancer is in the spotlight after hitting the hardwood Saturday night with show-stopping dance moves at the Trail Blazers game.

During a third quarter timeout in game three of the Western Conference finals at the Moda Center, Oscar Hernandez joined the Blazers Dancers to wow the crowd.

“It has been insane,” he said.

“The fact that they called me the "Hype Man" -- I will be their hype man any day,” Hernandez said.

KGW caught up with Hernandez via Facetime on Monday to ask him about the atmosphere at the Moda Center when he started dancing.

“The screams out there, you can't even hear the music. That's how crazy it is,” he said. “Every time I go there, I mean Rip City, I’m not going to lie, Portland has the best fans. So, it’s been great and the feedback from Saturday night’s game has been incredible, mind-blowing.”

The viral video, retweeted more than 1,600 times, may have introduced some to Hernandez for the first time. However, Saturday was his sixth time performing with the Blazers Dancers.

He started working with the Blazers about six years ago with the dance team’s manager brought him on to work as a choreographer. It didn’t take long before he was asked if he’d be interested in dancing with the ladies.

“I went out there for a game and danced with them and the fans went nuts. So, it’s become like a tradition for me to come in as the “hype man” and come in and just hype up the crowd,” Hernandez said.

Hernandez is a football player, turned cheerleader, turned choreographer, but when he starts to dance he is 100 percent entertainer.

“I got nervous, but when the music comes on I flip. Something else comes out, the diva in me, just a different person comes out when I'm performing,” he said. “It’s incredible. I lose it. I just put everything out there on the floor.”

Even if you’re not a Blazers fan, the name Oscar Hernandez might sound familiar to you. He first grabbed the attention of fans of the NBC show America’s Got Talent in 2017. A routine to “Baby Got Back” helped him make it all the way to the quarterfinals.

“It was an amazing. I would say definitely opened doors for me,” Hernandez said.

The 36-year-old says the best part of performing on a national stage is being able to inspire others to work for their dreams no matter their size or age.

“Yes, I’m a big man. People don’t expect to see this from myself,” he said. “The feedback from people was like, ‘You make me want to get back into something I’ve missed.’ I’ve had people write me about, just watching you inspired me to get back into dance, or softball, whatever it is that they love, and their passion is.”

Based out of Arizona, Hernandez works with NFL, IFL, and NBA teams around the country. That includes the Blazer’s Western Conference foes, the Golden State Warriors.

“I think a lot of the fans now see me rocking the Blazers, but they also got to know that I’m still a big part of the Warriors. And love both sides because I work with both Blazers and the Golden State Warrior Girls,” he said.

While he said he could not pick favorites for game four Monday night, he is still sending his love to Rip City.

“Portland has an amazing fan base and the love that I got there on Saturday night is something I will never forget, and I have a big, big heart for Portland,” he said. “Rip City I love you and thank you and good luck tonight. Kill it!”