Did you know Spidey came to North Texas frequently in the '80s? 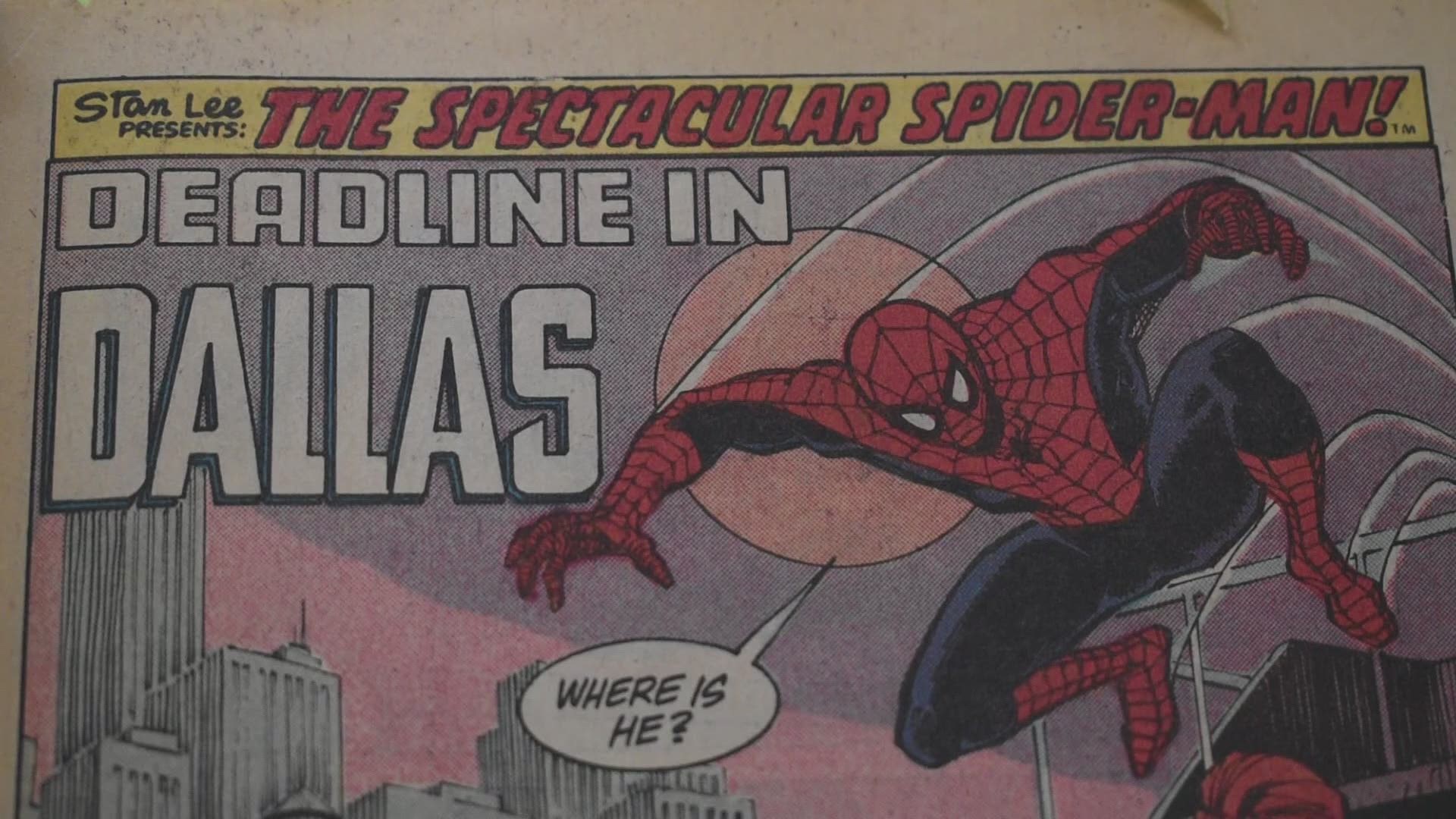 FORT WORTH, Texas — Being WFAA’s unofficial comic book nerd is a great power and a great responsibility.

That’s why I felt it important to celebrate #NationalSuperHeroDay by diving into Spider-Man’s adventures in North Texas in the 1980s.

“One thing folks may not know about Spider-Man is he had several episodes where he fought bad guys in and around Dallas,” said Steve Cromer, co-owner of Retro Madness, which operates three stores specializing in vintage toys and video games.

Superheroes are big business, but it wasn’t always that way.

Spider-Man joined forces with The Dallas Times Herald for a 1983 marketing campaign that led Spider-Man on a mission to save Christmas in Dallas from Kingpin, and an adventure at the Dallas Ballet’s Nutcracker.

The character returned to North Texas to battle the Punisher in the Spectacular Spider-Man #143 published October of 1988.

“To see these comic books of Spider-Man in Texas is really cool,” Cromer said. “For anybody that wasn’t in the in-crowd in high school, we all relate to Spider-Man because he was definitely the nerd.”