A group of young artists from Southern Methodist University is taking chamber music from the concert halls. 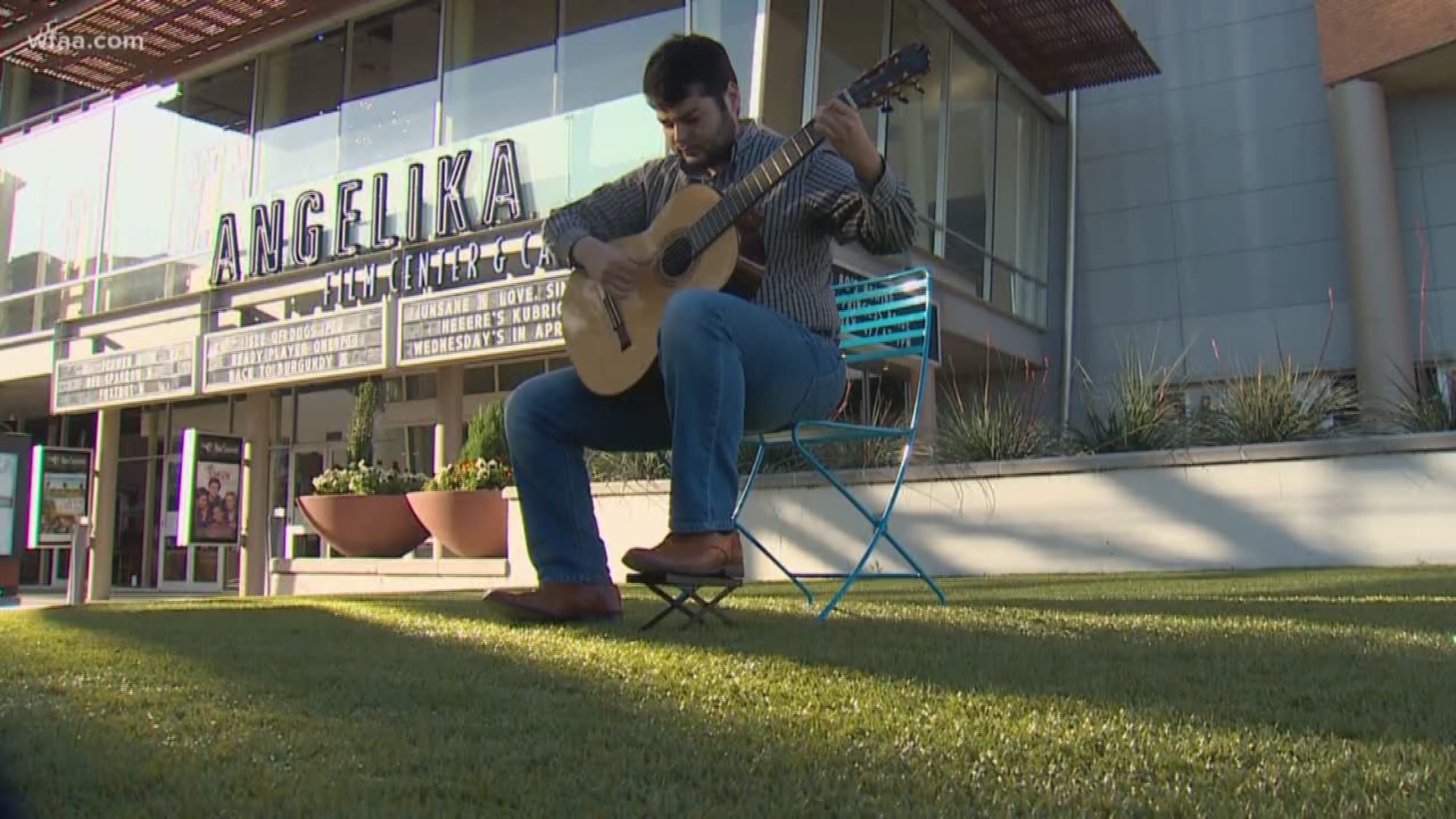 DALLAS – On any given Friday night, the sweet sounds of live music can be heard filling the air around Mockingbird Station.

“We come over every chance we get on Fridays," said Larry Walton as he watched Abraham Lopez strum classical guitar.

And it's not just any music playing in the patio outside the Angelika Theater. A group of young artists from Southern Methodist University is taking chamber music from the concert halls. They are bringing it right to the public for free.

"Our goal in these performances is to expose people to music that they would not otherwise seek out on their own," said Samuel Park, executive director of Bridge the Gap Chamber Players.

The non-profit group has about 25 student musicians on staff. They are performing free pop-up concerts in public places around town regularly.

"I think it's great,” said music fan Jim Nugent. “If you look at the cultural plan for Dallas, part of what they are trying to do is get out into the neighborhoods."

Bridge the Gap Chamber Players is building a fan base and drawing a variety of music lovers.

"They do all kinds of music,” said Linda Walton. “I mean just about anything. Bongos sometimes. It varies."

The artists say it is passion that drives their purpose to perform in these public spaces. Park should know.

He had a scare last summer that almost compromised his ability to play when he went with a friend to sell a camera on an app.

"We drove out to Grand Prairie and we tried to sell this camera and he got stuck up,” Parks said. “We both got shot and robbed."

The musician suffered a wound to the lung during that attack. Park says he was determined to play his French horn.

"I just remember thinking in the hospital that if my life could have come that close to being taken away from me in a second, then I needed to make the most out of every second I have here,” he explained. “That's given me a new urgency with my music and with Bridge the Gap.”

It is with that spirit and the passion to share the musicians are working to make a difference.

The students say they are making a public impact through the powerful art of music.

To learn more about Bridge the Gap Chamber Players, you can visit the group’s website here.