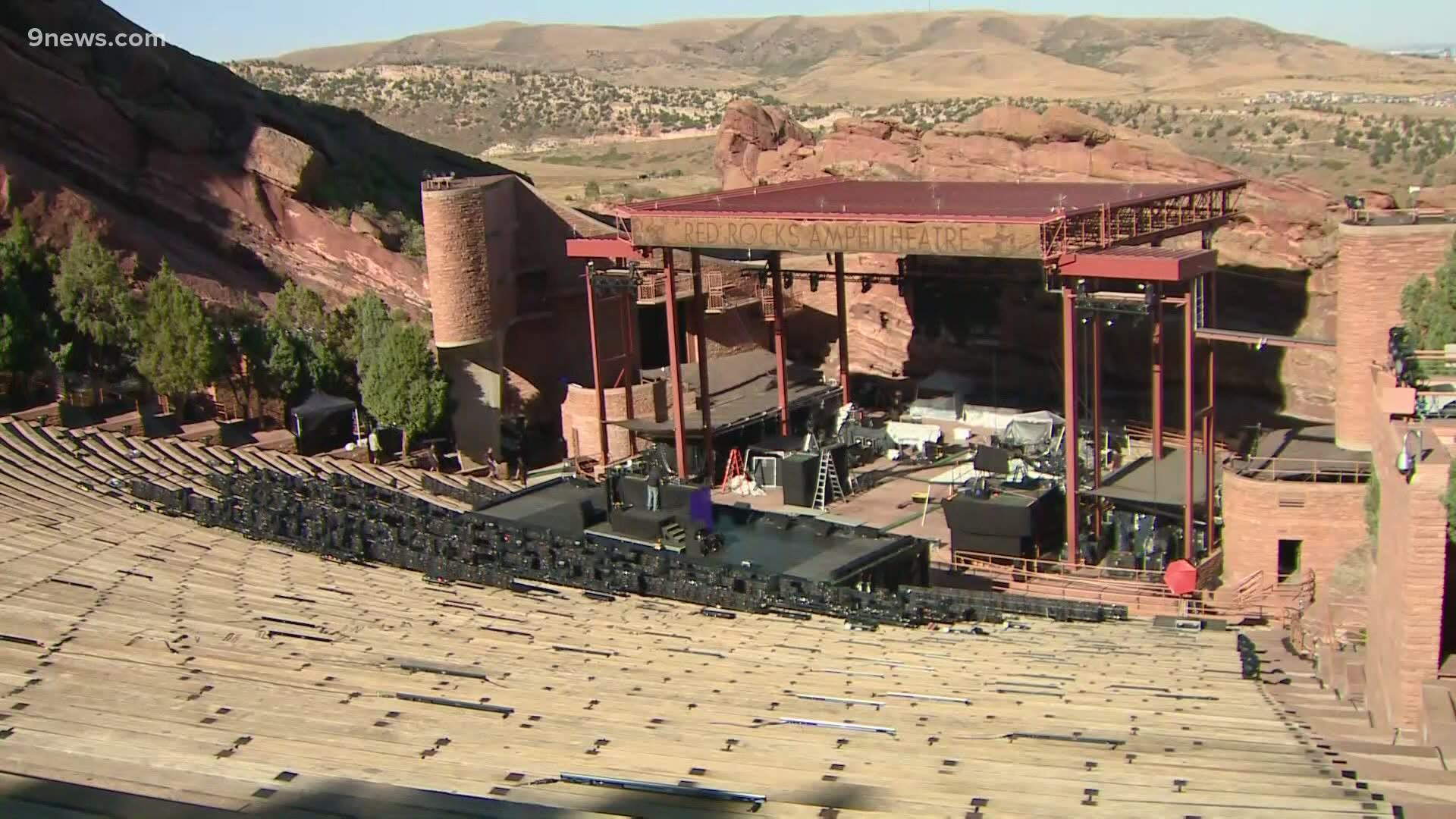 MORRISON, Colo. — There is no better venue for live music in the country than Colorado's own Red Rocks Amphitheatre.

Owned and operated by the City of Denver, Colorado, the concert venue at Red Rocks Park has been home to some of the most iconic concerts in history, from artists such as The Beatles, U2, and Sting.

While the 2020 concert season was decimated due to the pandemic, there is hope that this year's concert schedule will make up for it.

Red Rocks began hosting concerts on Thursday, April 22, after the state gave the venue permission to open with a capacity of 2,500. Red Rocks has the potential to allow more people at shows should COVID-19 conditions improve.

The Red Rocks 2021 concert schedule (announced so far) features shows from April to October that were postponed from 2020. We will keep this concert schedule updated as the year progresses.

To learn more about Red Rocks, and see the most up-to-date concert schedule, visit redrocksonline.com.